Genesis Noir is a beautiful game. Its black and white palette allows for vividly detailed contrasts and abstract depictions of space, sound and music, all seamlessly intertwined. Its complex animations tap along intricate, syncopated paths inside of sweeping rhythmic frameworks, dazzling the eye with each explosive new beat.

But as the player, the supposed conductor of all this noise, I often feel like an idle bystander rather than an active participant. Most available interactions amount to a simple button press or a joystick wiggle, usually to prompt the game to present me with the next screen of soaring theatrics. Occasionally there are moments where your presence in the game is more solidly felt, such as when I am able to knock over pieces of furniture in the protagonist’s apartment with my mouse cursor. But most of the time the player is stuck behind the other side of the plate glass, arms and legs secured, watching the pretty lights, at least until the show slows to a halt, waiting for them to push the button that signals they are ready to see more, way up in the nosebleeds at the back of the auditorium.

There’s nothing inherently wrong with this style of interaction, of course. There is no rule, nor should there ever be, that games must provide a certain minimum breadth of possibility space to the player. But there remains something distinctly dissatisfying about the systems of interaction that games like Genesis Noir rely on. This is born perhaps out of my own selfish instincts when it comes to playing games. I rarely ever want to merely observe. I want to be part of the damn show. I want to be let up on stage and given the chance to show off, to perform.

For the past few weeks, I’ve been on a kick of watching “no-hit” runs of the Dark Souls series, most of them conducted by the baritone-inflected Canadian streamer, SquillaKilla. No-hit runs are defined as making it through a full game (sometimes several in a row), from tutorial to credits, without taking a single hit. For anyone remotely familiar with From Software’s infamously prickly action-RPG series, this is a near-insurmountable feat for most who even work up the nerve to try. 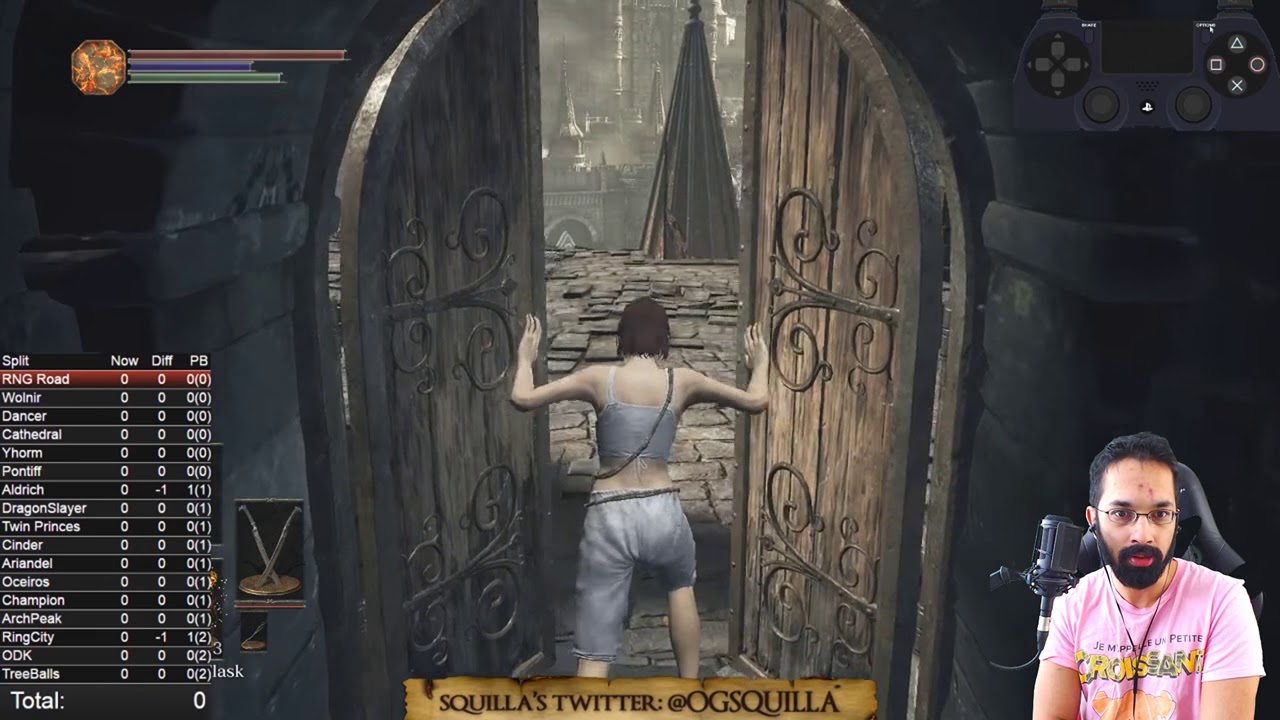 There’s certainly an irony in wrapping up my thoughts about the frustration of forced observation in games, only to segue into talking about watching pre-recorded streams, but I often feel more invested in watching SquillaKilla run the gauntlet of Dark Souls than I do doing anything in Genesis Noir. I have played all the Souls games before; I’ve stomped across their stone bridges in my heavy armor and crept through their dark and winding forested paths naked but for a sword and shield. When the streamer rolls to the left or leaps away from danger, I can remember doing, or attempting to do, the same thing in my own runs; the same buttons hastily tapped, the same commitment of the heavy overhead swing at an enemy, the same desperate roll away as the enemy’s monstrous fist comes crashing down in punishment.

Though these parallels are familiar and comfortable ones, the main fun of watching these streams comes from watching someone do what I cannot. To make it through these games unscathed requires tremendous precision, timing, memory and persistence. It is sheer human temerity recorded onto a mirrored drive in a server farm somewhere, readily available for all to see, and it is thrilling to watch.

It’s also the pinnacle of a particularly performative style of videogame interactivity which I tend to seek out. It is a player taking the tools allowed him by the game’s design and making them wholly his own. Centering himself within the design like a version of Leonardo da Vinci’s Vitruvian Man, with input lists and speedrun stratagems circling around his outstretched arms in perfect synchronized harmony. These tools may have been designed for a wider audience, mass-produced onto infinitely replicable code, but the no-hit streamer reduces the game down into digital singularity, making it seem like it was made solely for him.

It’s partially the potential for this kind of interaction that distinguishes the Souls games from their contemporaries. Many games treat interactivity as a framework through which to observe, rather than a set of tools with which to perform. Naughty Dog’s catalogue sits at the forefront of this approach. Game series like Uncharted and The Last of Us are really movies, or serial television shows at best. All creative effort seems to be put into their storytelling layer, into crafting compelling characters and situating them on luscious backdrops, leaving vanishingly little room for the player to exist apart from being a rigidly defined puppeteer. We are provided a series of prompts: dive behind cover, shoot the bad guys, run away from the crumbling set-piece. If we fail the prompts, we are sent back a few seconds so that we may try again and get back to watching the show we so rudely interrupted by letting our character die. 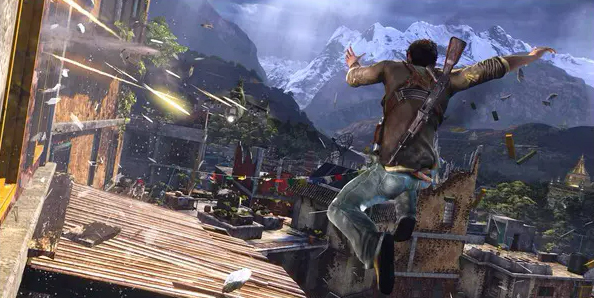 But From Software’s games and others like them are not as primarily concerned with passing checkpoints in order to serve up another evenly spaced out chunk of narrative. It is the checkpoint, the tension point of passing or failing, that is the narrative. The way you personally dodge and weave through the many challenges of their games is where they shine. Your role as participant, as interlocutor isn’t tangential, something apart from the meat of the thing, but is centrally important to the experience. If you, as the player, give up, your character is assumed to go hollow. Another shambling aimless husk ambling around this twilight world. But if you shine, if you attain mastery of these broad tools, your character shines with you. You find success together.

At the end of a particularly grueling no-hit run, beating all three of the games in the Dark Souls series in a single sitting, SquillaKilla lets out a restrained grunt of release. He doesn’t speak or respond to the cacophony of revelrous commentators for a full minute. It’s as if you can hear the adrenaline rushing out of his system. As if he’s not some lone guy, sitting in a small room in front of a PC, a sweaty controller easing out of his slack grip, but a performer of a more traditionally glamorous variety, sauntering offstage after the bout or match while toweling himself off and catching the stray rose from a fan, with the rest gathering in a heap at his feet.

The game he just completed was scripted to be played by anyone, set up to be available for any random stranger to walk up and pick up the controller and begin entering commands. But the performance executed in this specific run was entirely unique. Only he could have been the one in that moment. Chasing that singular performative high is where interactivity’s real magic can be found.