Here’s your warning: I’m going to spend my column this month writing about how much I love Souls games. These games are part of a limited, if ever-expanding (and continuously remastered), roster of games released by the Japanese developer From Software, which follow the lineage established by Demon’s Souls in 2009, and which were made popular in the West by its widely successful sequel, Dark Souls. This is, perhaps, the most uncontroversial opinion to have in the sphere of games criticism, rehashed endlessly in forums, on social media and through essays like mine.

But I like the games. One of my favorite things to think about is why I like them, and what liking their peculiarly bristly and uncompromising style says about me.

The Souls games, despite having a growing number of contemporaries, are relatively unique in the field of interactive media. They’re not cinematic rollercoaster-like experiences, like the big, crowd-pleasing tentpoles, which provide just enough tension and excitement to players without jostling them off the rails and into the crowds below. They’re also not maliciously difficult, or twitchy, relying on superhuman (read: under 25 years of age) reflexes to excel at, like tough platformers and online shooters. Nor do they punish you through the mechanism of time, sending you all the way back to the beginning of the run when you die, as your average rogue-like might.

After all, in Souls games you are provided with plentiful save points in the form of bonfires (or lamps, or shrines), usually just a stone’s throw away from the boss’ front door: that mysterious and forbidding fog gate. The games thus provide a helpful cushion for the player, by removing all distraction and letting you focus on what is, ultimately, the primary axis around which the Souls style revolves: the boss run. Any well-heeled Souls player is familiar with the boss run. Embedded into nearly every iteration of these games, and into every boss encounter within each game, is the invisible path stringing from the closest bonfire to the boss, threading through enemies who futilely swing after you as you dash and flit among their unimportant ranks on your way to the more pressing and immediate challenge. 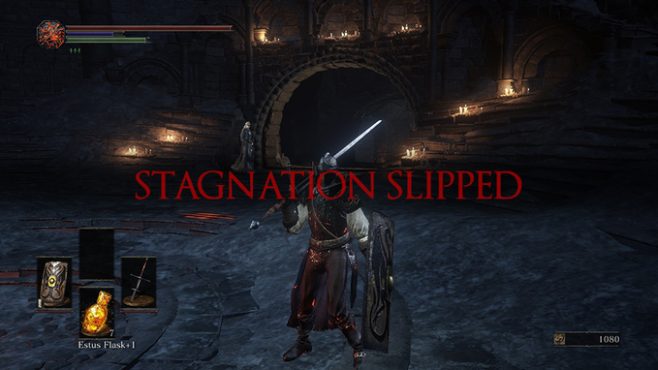 Facing the boss is its own recognizable loop, regardless of whether you’re experiencing it through the sword and board approach of the original games or the dashing, gunslinging and grappling hooked style of their spiritual successors. For all the cushioning leading up to this loop, there is precious little protection afforded to the player once they step into the arena. Those first encounters are often overwhelming and short-lived. The next half-dozen are barely any different. You feint desperately or cower under relentless blows, but it’s all so fresh and new that it reads mostly as static and noise, a tidal wave of inputs that you lag helplessly behind, to disastrous and mortifying effect.

Eventually, however, you become able to discern the patterns within the noise. The monster’s arms flex ever so slightly before he leans into that overhead swing, his right and left foot switch places if it’s going to be a lateral one. When he leaps back a few feet, you know it’s because he’s getting ready to rush forward with an unblockable assault. What at first seemed utterly impossible, totally unreadable, is now approachable, digestible, like so much ruffage chewed and broken down through hours of patient, steadfast mastication.

I admit this sort of thing probably doesn’t sound appealing to everyone. As a process which cannot be rushed, (though there are usually ways to gain advantage, whether through invoking the help of an AI or human companion, or discovering strategies which allow you to “cheese” the boss and strike it without it being able to hit back) it can be frustrating to wait out a victory that hardly feels assured. But I know, in fact I have unshakable faith, that no matter how impossible an encounter might at first feel, I will always reach a threshold, an invisible boundary that when shed will lead all the tension and frustration to loosen and wash away in a geat euphoric tide, leaving only a satisfied sense of accomplishment behind. 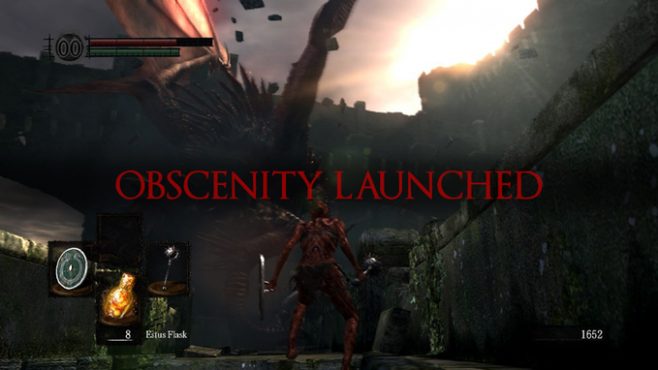 I am forced to wonder what it says about my personality that I am OK with, and even seek out this form of play. In life, I can be a diligent worker, though not necessarily at everything. I get distracted while working on tasks I don’t care about, often leaving things half-done and unfinished. But when I find something that interests and excites me I’m often able to lend it near-infinite focus and limitless patience. It’s a form of selective perfectionism. I like to find specific causes to give my time and energy to, causes which dutifully reward that time and energy once it’s all over.

There’s a pleasure in getting measurably better at something, it scratches a very specific itch: to enter into a situation with total ignorance, unsure of the rules, unsure about the expectations, and to be able to come out vastly improved and full of confidence on the other end. This amounts to a unique and gratifying journey; one I chase in life just as much as I do in games.

And yet it’s so much harder to judge your progress in life, to make neat stories out of the late nights, the stress snacking or the early gray hairs. There’s nothing resembling the reward structure built into games, nor the pacing or benchmarks. Once you land the final blow on a Souls boss, the fog gates clear and a bonfire usually appears. “Rest,” the game appears to be telling you, “you’ve earned it.”

Nothing like this exists in real life. As much praise and as many rewards as I am showered with, there is rarely ever space afforded for rest. To rest, in most industries, in most lifestyles, is seen as embracing failure. If I am resting, I’m no longer striving, I’m no longer improving and, worse, it begins to feel as if I’m backsliding. Far from my accomplishments being a hill upon which I can sit and gaze over like a medieval dragon would his treasure hoard, they instead feel more like weight added to the burden I must carry (for… reasons) up an endless incline with no peak in sight. 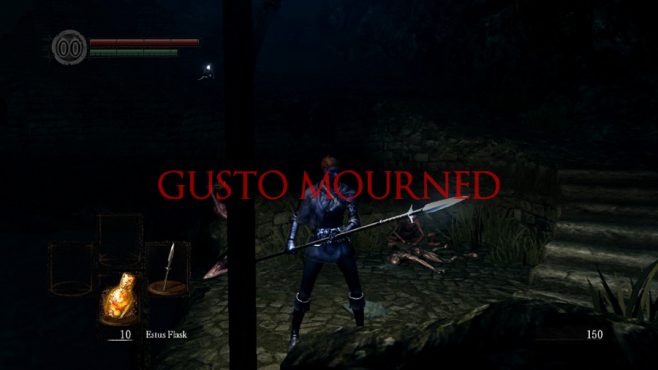 Every so often, there are Souls game boss loops that feel more impossible than usual. Your most daring and inventive strategies are slapped down as unceremoniously as your tiny ragdolling character just before the screen fades and the giant red letters assemble above your sad corpse. Enemy animations blend and blur together, their dodges and their telegraphs feel so subtle it seems as if you’re seeing them for the first time, every time. In these moments the only thing to do is put the controller down and step away. These moments are when I remind myself to rest, even as the game beckons me to burn out my energy on an impossible task with diminishing returns.

If I can do that with a videogame, if I can remind myself that the best-laid plans are meaningless when stacked up against fatigue and hopelessness, then I can make sure to take that space for myself in life as well. Not just to rest, but to look back on what I’ve been able to accomplish so far and take pleasure and pride in those accomplishments. To look back without feeling anxious about not looking forward. To rest at the bonfire and let the swirling fog wash everything away, if only for that solitary moment.