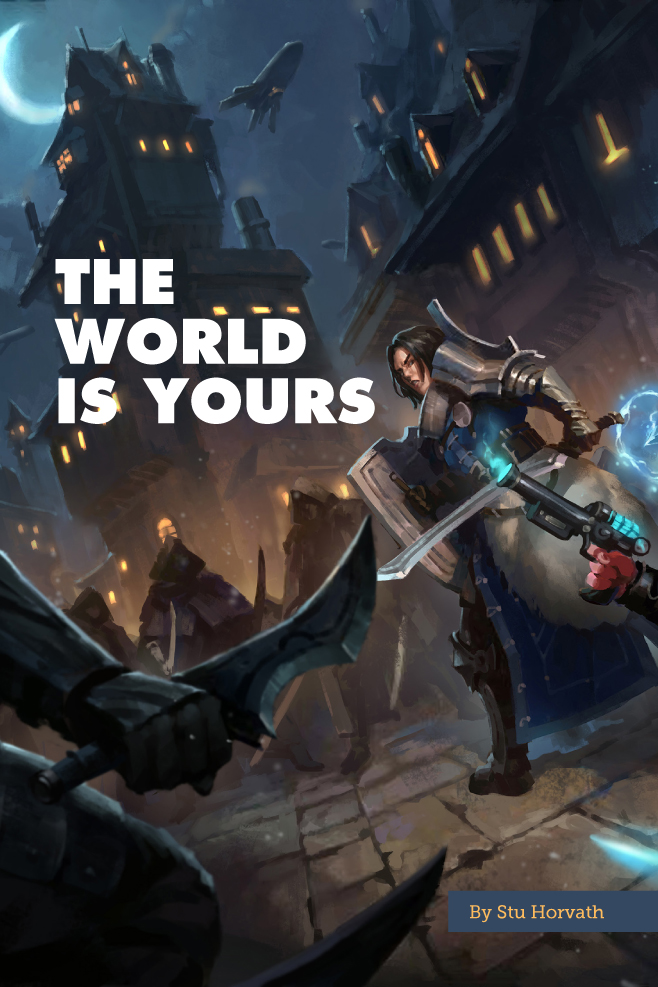 Videogames and tabletop roleplaying games (TTRPGs) are close cousins, being, well, games, and also having entered the popular consciousness at the same time in the mid-70s.

Designers of TTRPGs recognized the potential for bringing their style of games to computers early on. Most TTRPGs of the 70s and 80s, like Dungeons & Dragons, were rooted in a long tradition of tabletop wargaming that favored detailed mathematical rules for simulating real world actions – things like movement over rough terrain, weapon speed, encumbrance and on and on. There are number tables for everything and they are all inter-related, which presents a level of complexity that is alienating to newcomers. Computers, specializing as they do in math, were immediately recognized as a way to potentially off-load those complicated calculations. And, even back in the late 70s, D&D co-creator Gary Gygax saw the alluring promise of TTRPGs played in real time with 3D graphics. Videogames like Akalabeth: World of Doom, Zork and Rogue hinted at a tantalizing future.

What computers couldn’t offer back in the old days was freedom. TTRPGs are played in the theater of the mind, where literally anything can happen, where cleverness and ridiculousness are equally rewarding, impacting the fictional world in surprising ways. A computer simply can’t match the flexibility and capriciousness of a group of human minds. Early videogames that modeled TTRPG systems were linear and pre-scripted. While the visuals of games like Dragon Age and The Witcher are stunning, the same is mostly still true of their narratives, with the illusion of choice and consequence created by limited branching narratives.

That might be about to change with Project Witchstone from Montreal studio Spearhead Games.

Spearhead was founded in 2012 with a desire to make games that experimented with different, established game styles while providing an environment that nurtures those working within it. “The day after we agreed to start, our brains exploded with excitement and we still did not realize the scope of what we were about to embark on,” says co-founder Atul Mehra. “Then it occurred us that we did not have a single clue how to run a studio, raise capital, build a team, do project management, deal with the legal, PR, marketing voodoo people and do all those fun things that it actually takes to start a studio.”

Eight years and four shipped games later, though, Spearhead is going strong. Two of their previous games, Stories: The Path of Destinies and Omensight, tested the limitations of branching narratives. With Project Witchstone, the idea is to see what happens to a game narrative if every player action matters. On the surface, the game will be fairly familiar to anyone who has ever played one of the many Dungeons & Dragons videogames, but in playing it, something magical will be revealed. “Project Witchstone is an RPG where everything is driven by the consequences of a player’s actions,” says game designer Philip Tam. “The player’s story unfolds differently depending on how they approach situations and conflicts including who they befriend, who they influence into doing things and who they kill. The state of the world can be modified according to the player’s whim.”

This approach amounts to an attempt to bring videogames closer to the dynamic found in TTRPGs between a game master (GM) – who manages the story and the world – and the players – who act as the story’s protagonists. In Project Witchstone, the game itself acts at the GM, choosing and customizing scenarios based on everything that has happened before, modifying dialogue choices, NPC reactions and the landscape itself to suit. Go on a murder spree, peasants will flee you, guards will try to arrest you and, most importantly, everyone will remember.

“We’re building on what Fallout (1997) and Divinity: Original Sin 2 did in terms of freedom, exploration, sandbox and presentation and bringing innovation to the storytelling aspect,” says Tam. “We feel that going beyond the pre-scripted and predetermined narrative of those games will get us closer to the true organic, reactive and creative roleplaying aspect of tabletop RPGs.”

The game that keeps coming to my mind, though, is Crusader Kings II. A grand strategy game, it became famous for producing wildly enjoyable emergent narratives within the game. Players input actions with their character, a medieval ruler, and the game reacts to those inputs based on a number of statistical factors – thus, you can declare war on a neighboring kingdom but piss off your general in doing so, because his Strategy stat is higher than yours. Because, like that general, those game reactions are often tied to other characters, it creates the illusion of adaptive narrative, with murder plots, betrayals and no shortage of turnabouts. But, as designed, Crusader Kings II has no scripted narrative at all. These events occur, but it is the player that is unconsciously fashioning them into riveting melodramas. Until now, it was the closest I’ve come to the feeling of narrative uncertainty you get from a tabletop RPG in a videogame. 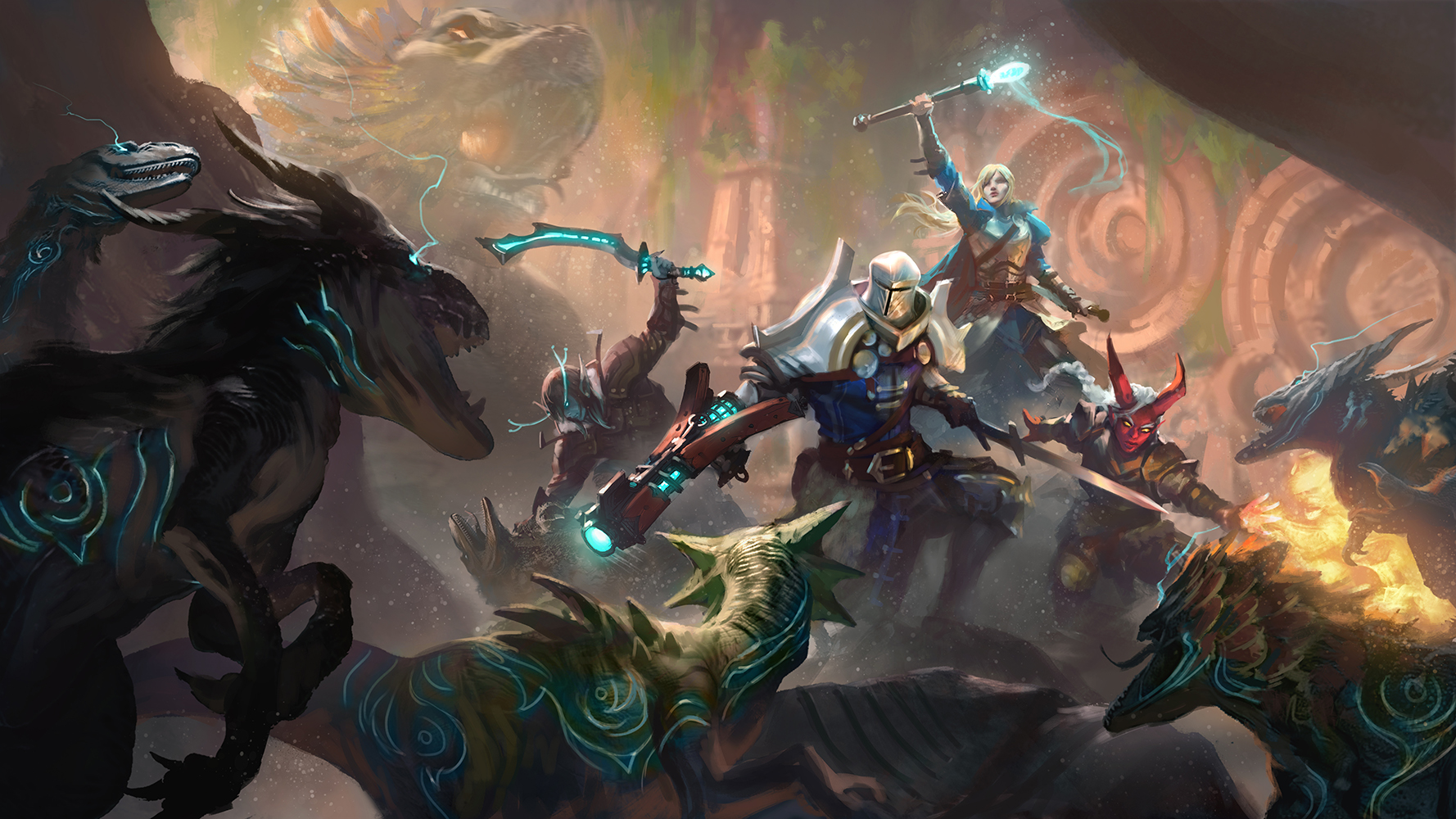 “There is definitely some shared DNA between Crusader Kings and Project Witchstone, most notably how the AI-controlled characters act based on their traits and how scripted events ask the player to make decisions,” says Tam. “But in emergent narrative games, there isn’t a story written by the developers. In Crusader Kings II, the Chronicle lists all the major events but does not provide the reasons why an event happened, how the player was involved, how specific people felt about it and what ripple effects it caused.”

In Project Witchstone, the quests and questlines are scripted and the AI Game Master adapts them around player actions, which can close them off entirely or radically change them. The AI Gamemaster’s main goal is to record every player input in the playthrough. Using that data, it can then scan a number of potential pre-scripted outcomes for any situation and pick the one that fits best with the current conditions and build up the rest of the trappings – characters, locations, demeanor and such – to suit.

“We’re pushing for that feeling of a game master running a tabletop game for the player,” says Tam. “For example, the AI Game Master can make a character intercept the player to avenge a dead relative. So here, it knows that a character that the player killed has a relative, waits for a moment when it is safe to attack the player, then makes that relative confront the player. Whether the player fights back or talks their way out of the conflict, the player’s decision and the scenario’s outcome are recorded and will be used as conditions for a future consequence. Using a system that keeps track of player inputs, we can output corresponding consequences, big and small. Whether it’s an NPC deciding to jump into a fight to help the player or a faction sending assassins to kill the player, nothing is predetermined and everything happens because of what the player did.” 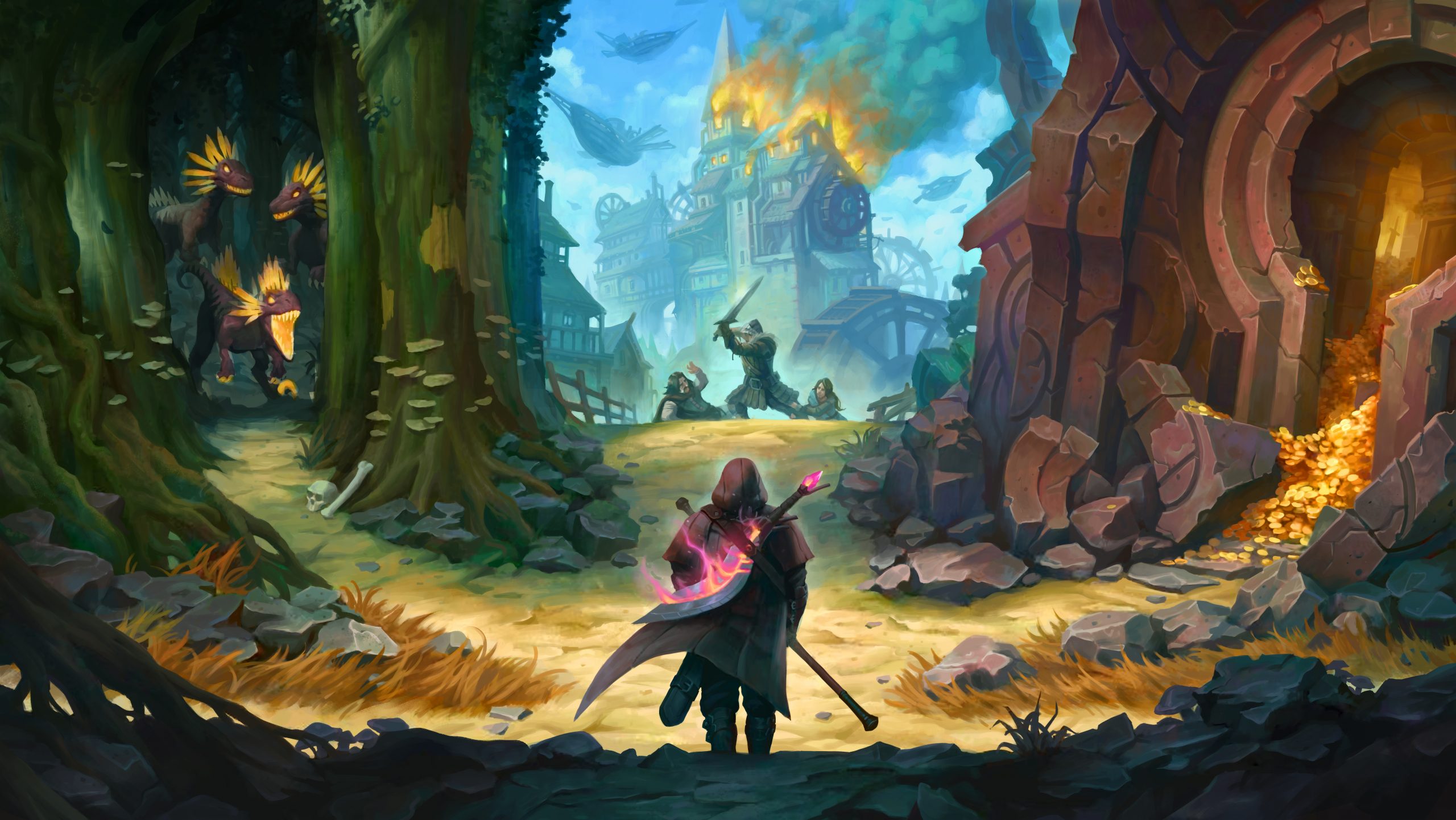 And it isn’t just direct actions that are recorded. Wear a silly hat, people in the game world will react accordingly. Do the same sort of thing over and over again, and you reputation will precede you – agents of mayhem beware. There are few guardrails in Project Witchstone by design. “The game encourage players to mess around as they want,” says Tam.

“We’re hard at work creating a big bank of different potential quests for the AI Game Master to pick given the proper conditions. There are also a lot of related authored dialogue line variants for the different character traits.

“We hope players will enjoy experiencing all the ways the game reacts to their roleplay style and how their own story evolves. We’ll support everything we can. From being a murderous villain, to a righteous knight or a scheming thief. We can’t wait to hear about how different each player’s playthroughs are!”

Roach from The Witcher