It’s common to hear Twitter users unlovingly call the service a “hellsite.” Spend enough time on the social network (if you’re fortunate or wise enough to have not subjected yourself to it already), and you’ll quickly begin to see what they mean. While it’s both entertaining and useful for getting real-time news, it’s also mind-melting and anxiety-inducing, with the power to obliterate your attention span and sense of inner peace with equal efficiency. Logging into the app feels like being trapped in a negative feedback loop, lured in by quick dopamine hits and an ever-present fear of missing out.

With more than 330 million users, using Twitter often feels like stepping into the world’s worst yet most successful multi-user dungeon (MUD). If that feels like a stretch, consider how the site is structured and how users interact with it; you type in some text, people react, and then your engagement stats (likes, replies, retweets) and follower count either go up or down. You converse with a mix of characters comprised of other real people and bot accounts to talk about nearly any niche interest a person might have. Depending on who you are and what you say, you might end up getting in a fight.

For those who might be unfamiliar, MUDs are text-based multiplayer games where users type in commands to explore fantasy worlds with other players while solving puzzles. Sometimes you might make friends playing the game and sometimes you encounter enemies you have to vanquish in order to progress. Depending on what you choose to say and do, your stats go up or down. Sounds enough like Twitter to my ears, and I have a theory that understanding the similarities between the two just might help explain how Twitter can feel both essential and soul-sucking at the same time. 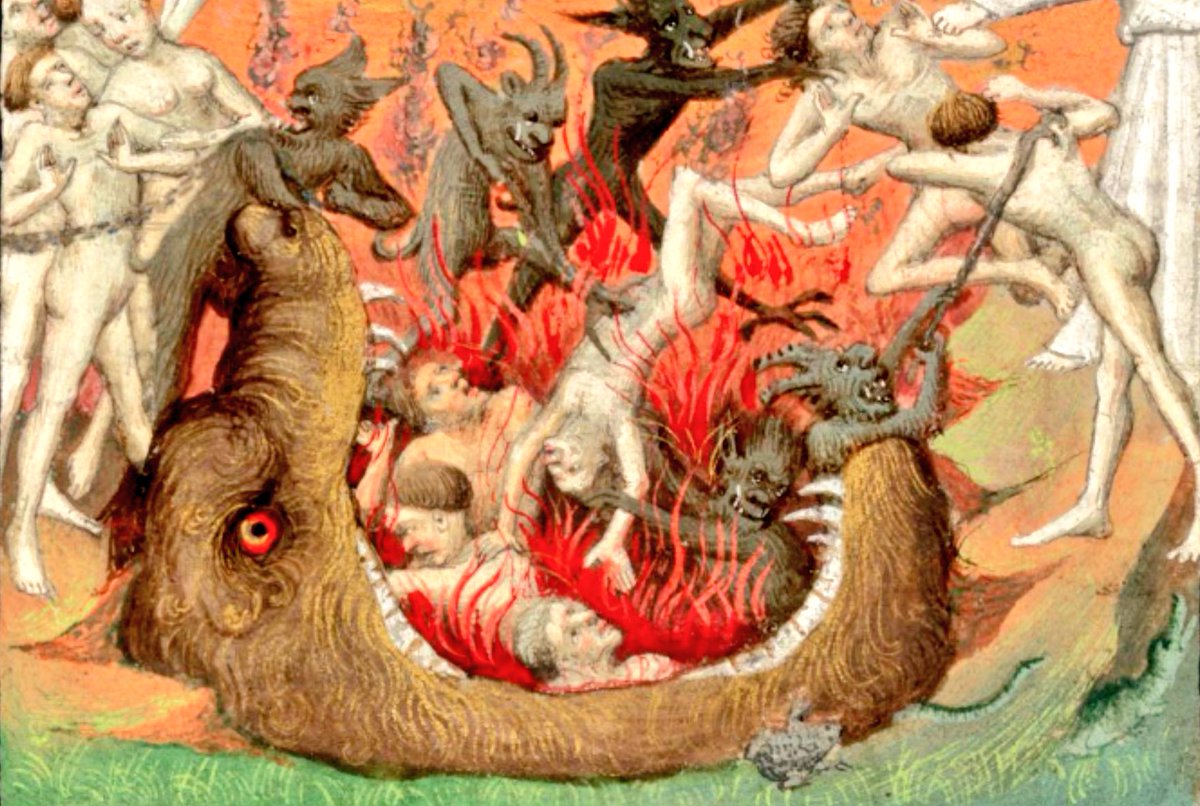 Try to stick with me here. I promise this is going somewhere.

When you first visit Twitter’s login page, you’re invited to “follow your interests,” “hear what people are talking about” and “join the conversation.” It sounds like it’s an open-ended platform where one can explore tons of different topics at will, not unlike starting up any kind of RPG where you can roam freely and talk to different folks you find. In reality, the discourse within any single community often revolves around one or two things per day. If you’d rather not shout into the void by yourself, you’ll have to contribute something to whatever conversation is trending that day; while it might seem like you have freedom of movement, you’re really being led down a narrow path.

Much of this conversation starts with Twitter’s Trending Topics feature, which surfaces popular themes and hashtags next to your main timeline. Those topics might be important, like social and political wrongdoing that needs to be exposed. Other times they’re comparatively petty. Either way, they appear easy to game by people acting in bad faith or for nefarious purposes, making it that much more difficult to shield yourself from the kinds of misinformation that runs rampant on the platform. 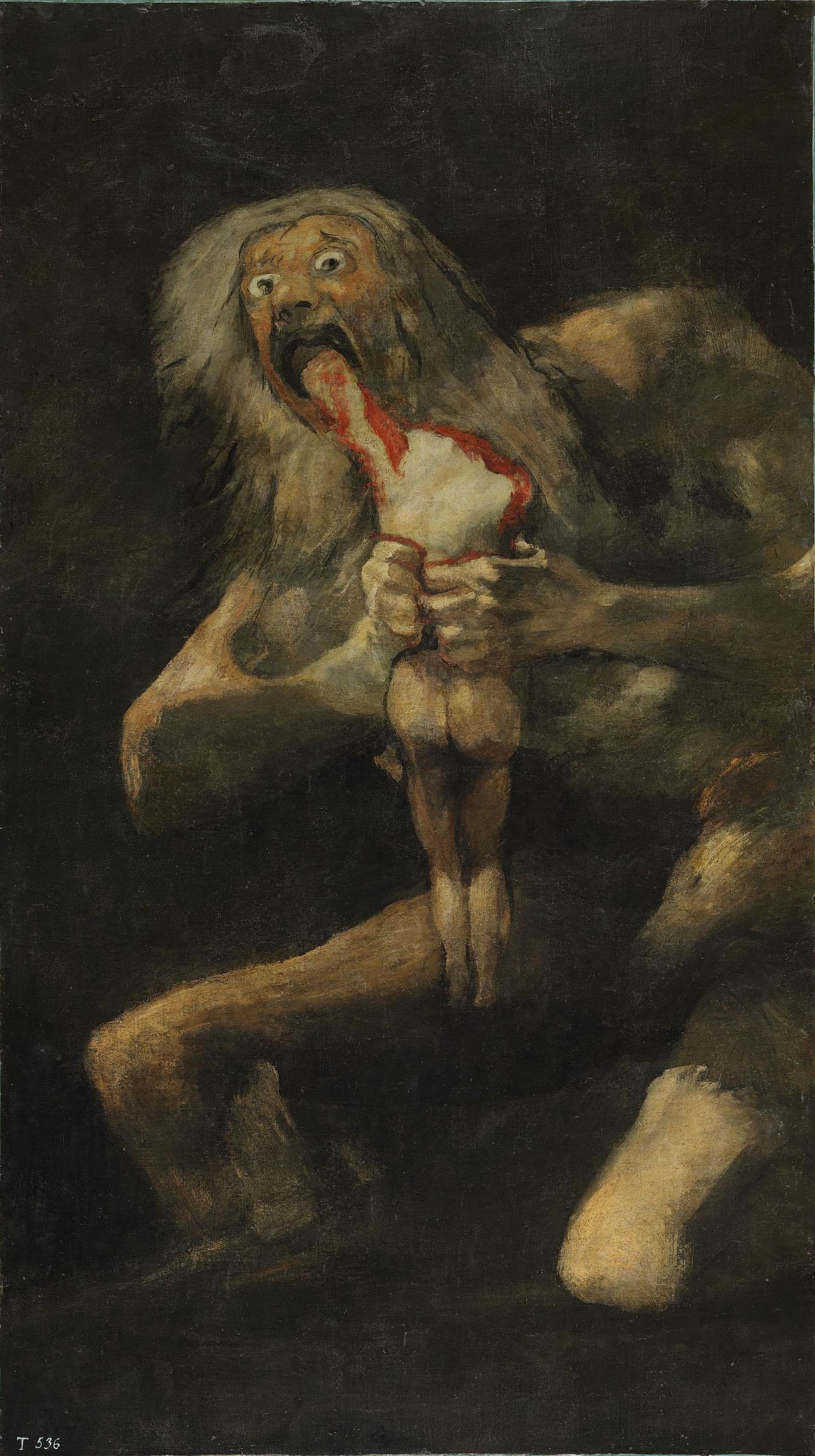 Joining the conversation either way is often an invitation for threats and abuse from trolls. The site’s design actively encourages dogpiling that creates a toxic atmosphere that can make using the site deeply dangerous, especially for members of marginalized communities and people without much offline social support. Your mental health is the cost of admission and there are no win conditions. However, what gets said and done on the site can and does have real-world consequences.

Within any given community built around a niche interest on the site, you’ll run into real people who want to share the same passions you do. While you might make connections with interesting people you enjoy conversing with, you’ll find just as many bots and anonymous accounts with handles like @REALGAMERGUY69420 hurling abuse, spouting off about conspiracy theories or poisoning the well around political discussion. These are your enemies, and their only goal is to make your Twitter existence as aggravating (and potentially dangerous) as possible.

Your best defenses against these trolls are the Block and Mute buttons. In severe cases, you might report them to Twitter, but it’s a dice roll whether moderators will do anything (as a case in point, calls to ban literal Nazi’s have been falling on deaf ears for years). Different groups of people might band together to either attack or defend other groups of people. Sounds a lot like forming a party in a role-playing game.

Since users can choose who to follow, who to befriend, and who to listen to on the platform, it’s easy to customize your experience to your own goals and interests. The downside to this is creates self-reinforcing echo chambers where opposing viewpoints never enter your sphere unless they’re so insane that someone shares it into your timeline to mock it (which is basically a means of initiating combat). People will then pile on until a skirmish breaks out between a mix of humans, bots and humans with anonymous accounts who may as well be bots. There are almost never any winners.

Making matters worse is Twitter’s status as a news platform. One of the best parts about using the service is its ability to break news in real time, and even if you don’t have an account, you probably consume tweets somehow; major news stories often hit the web first as tweets, where they’re shared by users, surfaced in search engine results, embedded in articles and screenshotted on TV. For content creators and media professionals, being on the site is almost compulsory, and perhaps no one values it more than journalists for its ability to surface information and connect with sources. 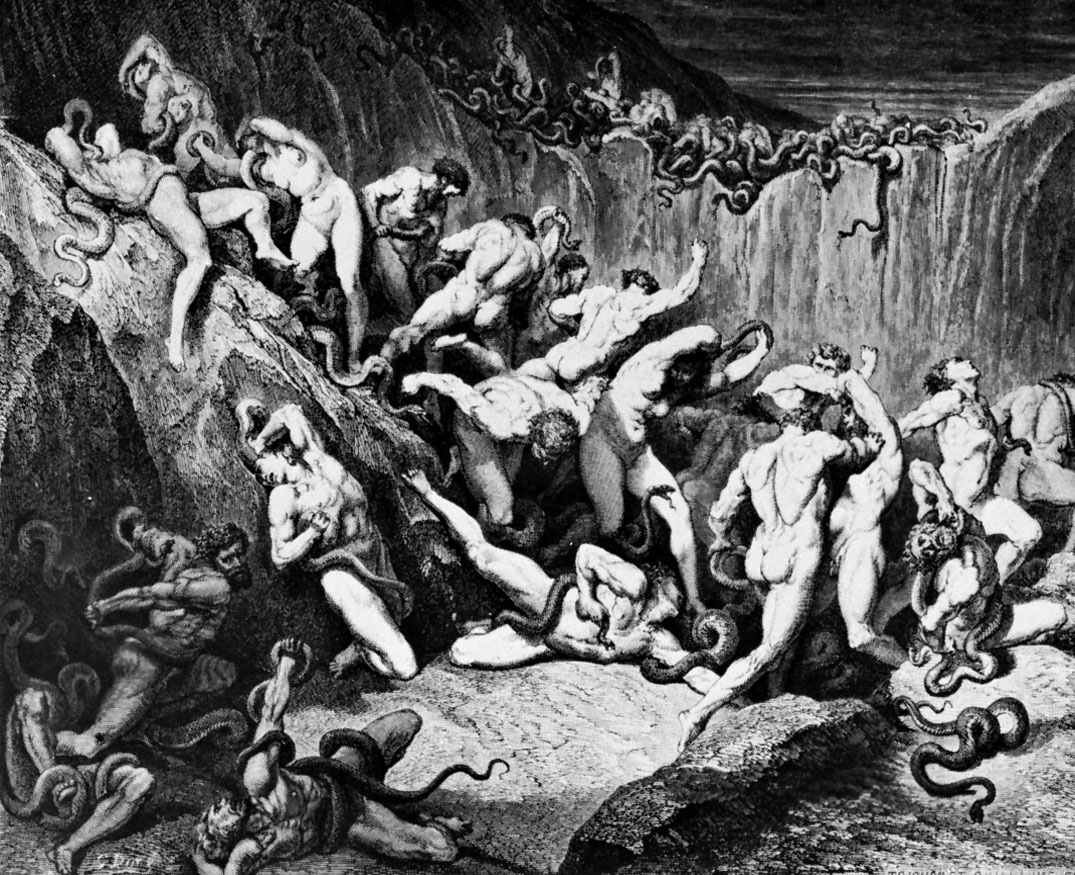 It doesn’t take much imagination to see what’s wrong here. The media needs Twitter for traffic and influence, but the platform – by design – warps perception; looking at your timeline can feel like looking at the truth through a series of funhouse mirrors where reality looks faintly familiar but loses its shape and definition. It’s like looking at a fantasy world based loosely on the one we live in where everyone’s looking for which way to go. It can have the effect of making issues seem bigger or smaller than they really are, or that given opinions or positions are more prevalent than they actually are.

On top of this, thanks to Twitter’s linear design and the fact that text doesn’t come with a volume knob, the meaningful and the mundane get mashed together into one place, making it difficult to parse signal from noise without losing your mind. This hinders much of the site’s actual utility (getting real-time news updates, discussing current events and finding other people to engage with around those topics). Without much editorial curation or guidance, what’s left is an informational Wild West where what’s important and what’s a distraction and what’s real and what’s fake can sometimes look too similar to tell apart to an untrained eye (and watching otherwise rational and intelligent people unknowingly do battle with bots is a distressingly common occurrence on the site).

This entire experience sucks even on a good day, so why doesn’t everyone comparing the site to eternal damnation leave? First, as previously stated, a lot of people can’t quit because of their jobs require it. Plus, for all its faults, it can be an amazing tool for connecting with other people and staying in touch with topics you care about. RSS feeds can curate news with less noise and Reddit offers more topical diversity, but Twitter offers something unique that no other single service can easily replace. And it’s not necessarily all bad. Despite its considerable downsides, Twitter has helped make some amazing things happen and it’s hard to imagine a world without it. 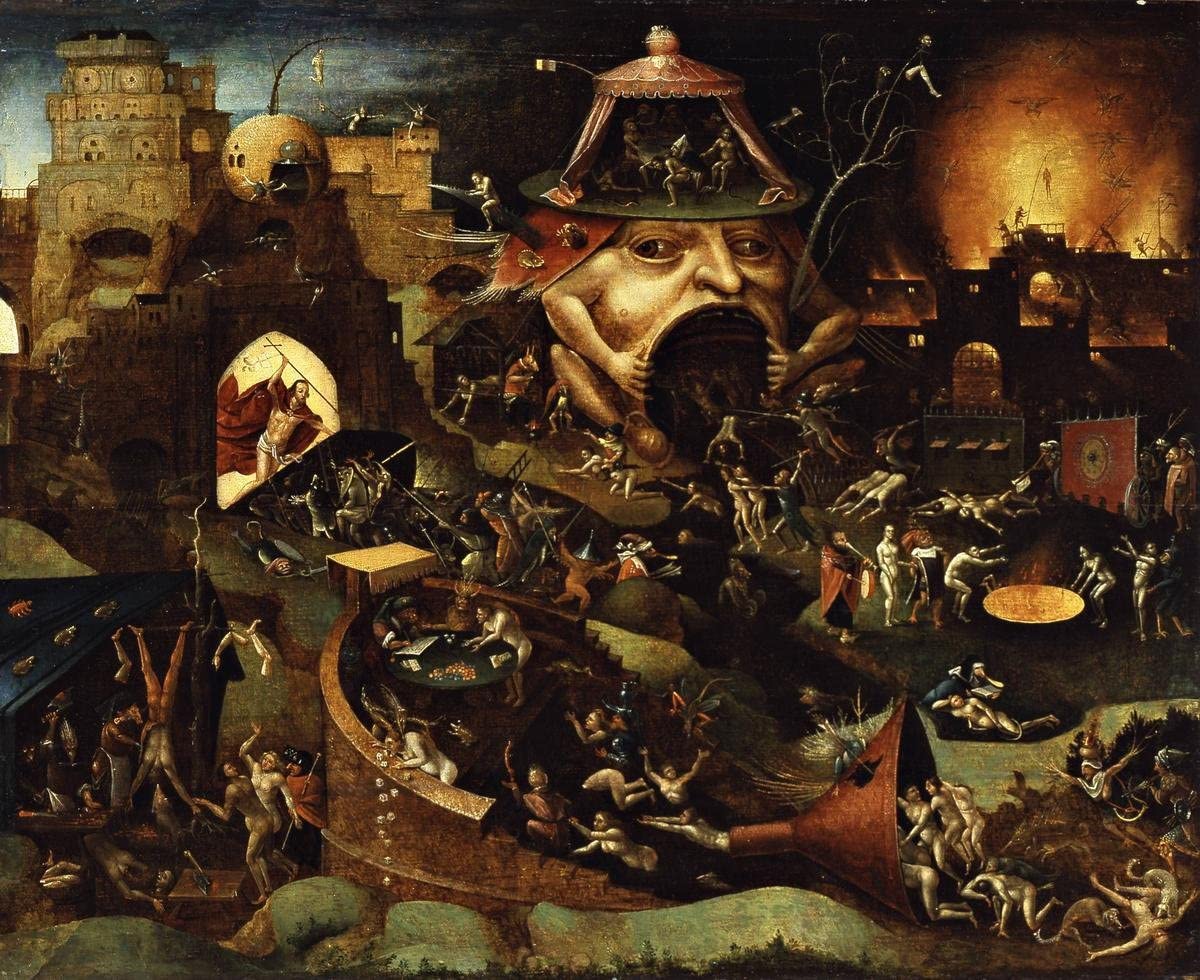 That can leave people stuck in an awkward spot where they don’t want to lose the value it provides but don’t want to deal with the toll it takes on their mental well-being. When people do claim they’re going to delete their account, only a handful ever successfully escape without coming back later. This can make other people on the site feel like self-aware NPCs that acknowledge they’re stuck in a nightmarish game world where they don’t want to leave their friends behind, and that’s exactly as depressing as it sounds.

Feeling like you’re being gamed against your own will, self-interest and the people around you probably isn’t anyone’s idea of fun, and arguably that’s what’s at the core of why using the site feels anxiety-inducing and emotionally draining. That’s without getting into how dangerous being on the service can potentially be, particularly for anyone who isn’t straight, white and male. Getting rid of the service entirely doesn’t seem like an answer and, to their credit, Twitter has taken some steps to curb abuse. Those efforts still leave us with some uncomfortable questions about the site, like, “Why am I on here,” “how much more can I take” and “how can this story possibly end well?”

The answers to those queries aren’t as clear as they should be; one thing that’s for certain is that change will have to come sooner or later. The alternative may be a harsh reckoning for a service with more influence than it knows how to wield and a customer base that may be unwilling to make itself miserable forever. We need Twitter to be more than a poorly regulated communication service with what feels like some rudimentary RPG elements grafted onto it. Whether we’ll get it remains to be seen.

Project Witchstone: The World is Yours