This is an excerpt of a feature story from Unwinnable Monthly #104. If you like what you see, grab the magazine for less than ten dollars, or subscribe and get all future magazines for half price. 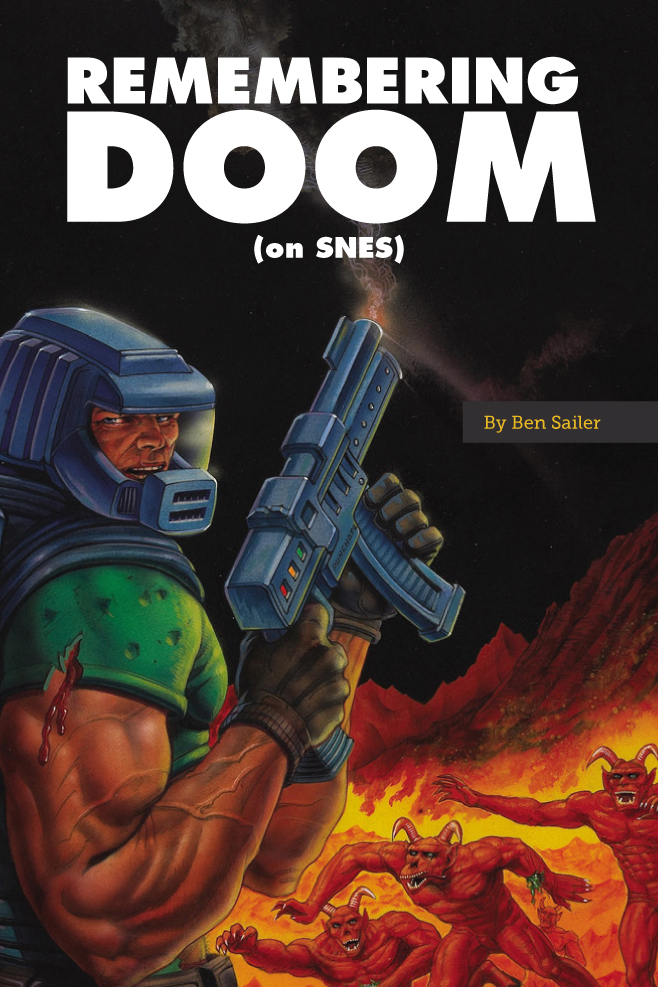 Id Software turned heads when the company announced they’d be porting Doom (2016) to the Nintendo Switch. Fans and critics were immediately curious, yet skeptical. The fast-paced reboot of the influential first-person shooter franchise was a case study in technical excellence on the PC, PlayStation 4 and Xbox One. Squeezing it down onto a 13.4GB download (plus a 9 GB patch for multiplayer) would doubtlessly be challenging on portable hardware. Critical consensus emerged that it’s an admirable effort, retaining the core gameplay and spirit of the series, if not its graphical fidelity and smooth 60 FPS framerate.

While it’s an impressive accomplishment, it’s not the most improbable port of the long-running demon-blasting franchise onto an underpowered Nintendo console. That honor belongs to the Super Nintendo version of the seminal series’ debut. Released by Williams Entertainment on Sept. 1, 1995, it crammed 22 levels from the PC original onto a blood-red 128Mbit cartridge, an incredible feat of technical trickery. It’s also arguably the worst version of the game, possibly the worst entry in the series overall and my favorite game of all time that I never want to play again. 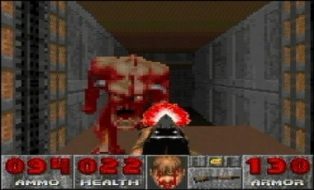 Super NES Doom started as an experiment by programmer Randy Linden, who built a working prototype using a development kit built from a “hacked up StarFox cartridge” (to leverage its Super FX II chip)  and an Amiga. His work pushed the 16-bit hardware to its absolute limits, leaving just 16 bytes of free space on its cartridge. He then demoed his work to Sculptured Software, who agreed to help get the game ready in time for the holiday shopping season.

For a Doom-obsessed ten-year-old with a love for Nintendo (and without a PC), this was fortuitous timing. I’d become enamored with the game since playing the shareware version on my grandparent’s computer over the spring of that year (two hours east from the University of Wisconsin, where the first shareware copy of Doom was uploaded to a server two years prior).

Traversing a Martian moon base through a first-person perspective was revelatory. So was the game’s frightening sense of suspense and over-the-top gore. The most powerful system my family owned was a Sega Game Gear and the most violent game I’d ever played might have been the original side-scrolling Duke Nukem at a friend’s house. It seemed unbelievable that a game could feel so immersive. Or that my grandpa would own anything so bloody. Or that I’d even be allowed to play it.

Ben Sailer is a writer based out of Fargo, ND, where he survives on a steady diet of beer, loud music and videogames. His writing on punk and hardcore music appears regularly in New Noise Magazine.