This feature is a reprint from Unwinnable Monthly #116. If you like what you see, grab the magazine for less than ten dollars, or subscribe and get all future magazines for half price.

The tech industry tends to look at every possible problem as a riddle only 1’s and 0’s can answer. Sometimes this produces incredible feats of software engineering that improve people’s lives, pushing society and industry forward. Other times, it creates counterproductive “solutions” to the issues it intends to remedy, masking uncomfortable truths with altruistic messaging. Think along the lines of things like social networks disingenuously preaching the gospel of “time well spent” (perhaps the digital equivalent of tobacco producers funding anti-smoking campaigns). If a company is pushing a narrative that’s obviously counterintuitive to their bottom line, you can safely assume you’re being fed PR spin.

A recent report from the “Washington Post” (which was picked up by “The Verge”) about Amazon gamifying working conditions for its warehouse employees is practically a case study on this principle in action. Videogames are fun, so the idea of turning physically demanding yet ultimately unfulfilling work into something more engaging sounds like a win-win for everyone involved. However, scratch inches beneath the surface, and reality appears to tell a different story, one of a major company manufacturing the appearance of caring and “innovation” while attempting to drive even more productivity from notoriously overworked staff.

Here’s the story in a nutshell: Amazon is placing games on its warehouse floors across five locations in the United States and United Kingdom. The games work by translating the physical motions required to package and ship products into movements on a monitor (completing tasks successfully might make a race car progress around a circuit, for example). As a reward for exceptional “play,” workers accrue virtual currency that can be exchanged for company swag.

That all sounds interesting and innocuous enough so far, right? These employees fill an essential role that helps make it possible for Amazon to run one of the most ruthlessly efficient businesses in the history of logistics, shipping everything from books to whatever this thing is to your door at speeds once thought impossible. It’s an honest job for a not-entirely-honest $15 an hour and anything that helps these folks get through their workdays certainly seems welcome and well-meaning. 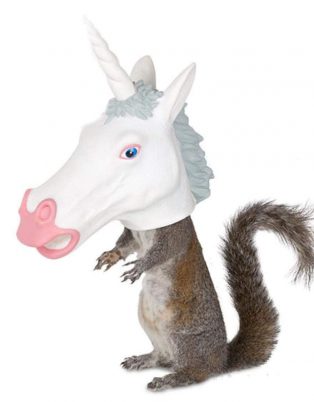 However, rather than making work more mentally stimulating, it appears more likely these games are really meant to make people who are already pushed beyond reasonable limits to work even harder. What tips Amazon’s hand here is the fact that games are often used to drive competition between team members to see who can out-work who.

What it takes to achieve Amazon’s goals and what makes for humane treatment of employees don’t always align well with one another (at least not according to stories like this or this). That creates problems around public perception and what better way to look like you’re doing something proactive (particularly to conscientious consumers and shareholders who might put their money somewhere else) than giving people an opportunity to play while also incentivizing them to work even harder? It seems so easy and everyone gets to feel good about themselves (except workers pissing in bottles to avoid losing their jobs).

It looks grim enough that something meant to be “fun” is probably a cynical ruse to squeeze more productivity out of people like they’re machines, but what’s worse is the entire thing might well backfire. While the Washington Post story says these videogames were meant to be a proactive solution to soften the drudgery of the work, it also quotes game designer Jane McGonigal saying that, “As soon as workers start underperforming against their colleagues, it becomes less fun and can actually be counterproductive.” Doesn’t exactly sound like a great way to build camaraderie and cohesion amongst a team.

At this point, Amazon’s brand is practically synonymous with unsavory warehouse working conditions (despite their own claims to the contrary). With that in mind, you don’t buy things from Amazon to feel good about yourself. You do it because they have almost literally everything cheaper than anyone else and sometimes convenience beats your conscience, especially when you need to stretch your budget. While there’s probably no putting the toothpaste back in the tube when it comes to consumer’s addiction to unbeatable deals though, solutions need to ameliorate conditions on the ground, rather than simply snag seemingly positive headlines that gloss over structural issues below.

So, in the spirit of not wanting to call out problems without offering solutions (however non-expert they may be), here are some ideas for things that’d probably be more fun for someone working one of these jobs. How’s about we start with bathroom breaks? As it stands right now, warehouse workers can buy a copy of Everyone Poops from their employer more easily than they can use the facilities on the job.

Next, how’s about some basic union protections? While there have been some well-publicized efforts toward forming a union for Amazon’s warehouse workers, there have also been troubling reports of potentially Astro-turfed anti-union campaigns carried out on social media, attempting to create the impression that the issue is unpopular on the warehouse floor. Unionization is often a polarizing issue, but actively stifling the will of your workforce by abusing social automation seems, well, really bad.

Unionization is often a polarizing issue, but actively stifling the will of your workforce by abusing social automation seems, well, really bad

If any part of the goal behind these games sincerely was to reduce worker’s sense that they’re just cogs in a machine, there may yet be ways to achieve those ends. But what people need from work isn’t necessarily “fun” so much as a sense of pride and usefulness and recognition of their human worth beyond their ability to make someone else rich, with enough flexibility to have a life worth living outside of their occupation. Or maybe, at the very least and for the love of God, a bathroom break.

If Amazon’s attempt to turn the crushing weight of unreasonable expectations into a game that pits you against your coworkers fails, it’ll be because it’s a “solution” that never considered the actual problems it was allegedly intended to solve. Ultimately, dangling a fancier carrot in front of someone who already feels dehumanized is just a more expensive and less effective alternative to a failsafe remedy that has existed since the dawn of time: treating people who work for you with dignity and respect.

Out With a Bang – The History of Fireworks