This is an excerpt of a feature from Unwinnable Monthly #112. If you like what you see, grab the magazine for less than ten dollars, or subscribe and get all future magazines for half price. 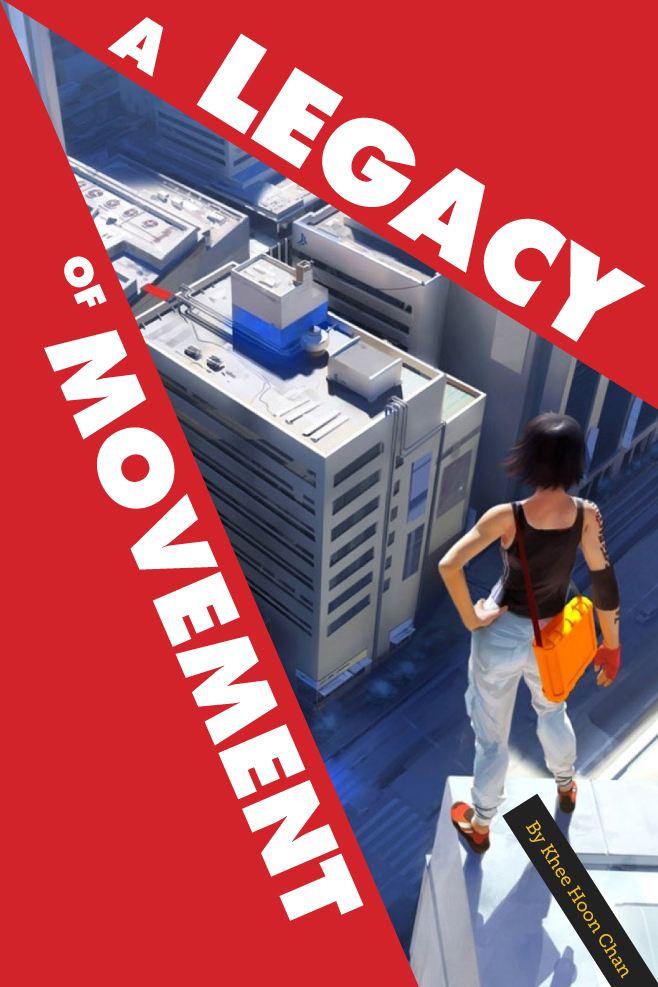 The cover art of the original Doom is the very picture of guttural violence and bullet-dispensing frenzy: the lone, muscle-bound space marine firing his submachine gun into a horde of scowling demons, all against a crimson, volcanic sky. It speaks volumes of the game’s raw adrenaline, vociferous in its profanity and violence. Be it blazing through its concrete corridors with a hefty shotgun, or eviscerating hell-spawns in close combat till they are pixelated gore, Doom had set the stage for the archetypal first-person shooter during the early ‘90s. A significant number of Doom clones were crafted in its wake, its influence still seen in modern shooters over the next few decades.

Yet for all its visual bombast, the genre never quite got the hang of running, leaping and other dexterous activities. While shooting everything that moves still registers as good old-fashioned fun, jumping from one ledge to another, or skipping over short walls feels jarring and unnatural in contrast. Sometimes it’s impossible to look down at your legs since they aren’t even rendered in first person. Other times they are mere dangling appendages, not quite as attuned to the weight and maneuvers of your body. That’s why these movements can’t be carried out fluidly; how can we land precisely on our feet when we can’t feel – or even see – the flexions on our ankles and knees? 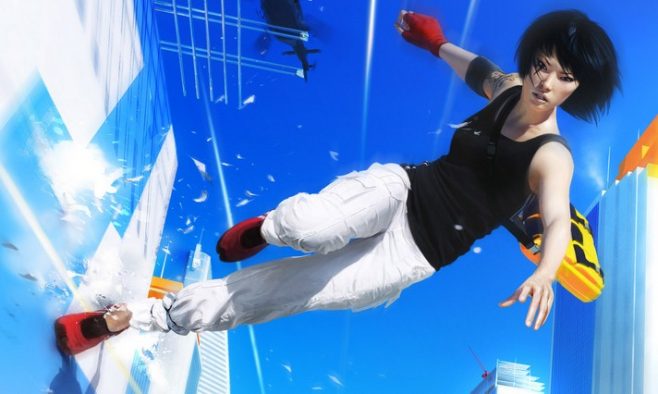 Overcoming this problem of unwieldy movement is Mirror’s Edge, a first-person platformer that emphasized mobility over combat, dexterity over brute force. The brainchild of the studio EA DICE, they wanted to realize their vision of performing free, unconstrained actions within the seemingly boundless universe of first-person shooters – in other words, one that’s as close to a first-person freerunning title as possible. This single-minded, almost fervent focus on movement coursed through its development and is reflected in every aspect of the game – from the minimalist color scheme to its fleeting and metaphorical plot on liberation. Yet, unlike Doom, audiences took a while to warm up to the potential of Mirror’s Edge. It was only years later that the game became a cult classic.

This gambit meant that Mirror’s Edge now famously stands as a subversion of first-person shooters. Featuring relatively little gunplay, the game favors daredevil leaps and wall runs along glassy skyscrapers, instead of having players line up countless shots against enemies. Faith, the Asian protagonist in this post-cyberpunk dystopia, is a Runner – a fancy but deliberately chosen name for a courier. She’s tasked with hand-delivering sensitive messages while avoiding surveillance by a despotic government. Her familiarity with the city’s layout proved to be a boon, allowing her to traverse through its veins efficiently, vaulting across rooftops and scaling impossibly high walls deftly to reach her destinations.

Khee Hoon Chan is a copywriter and games critic from Singapore, where it’s perpetually sunny. Ask her about the weather on Twitter at @crapstacular.

You’ve been reading an excerpt from Unwinnable Monthly Issue 112.

What Was the Question? And Why Do You Ask?
Previous Post

Her Lie I Tried to Believe