They say that movies are shared dreams, but I don’t think that’s quite right. When I’m in a movie theater with other people, I don’t feel like I’m in that early morning mindspace where logic is warped and details are so fuzzy and out of whack.

No, movies are vivid and crisp. I’m not asleep when I’m slumped in a theater seat. I’m comfortable, but I’m wide awake. It’s more like I’m in a trance and all those people around me 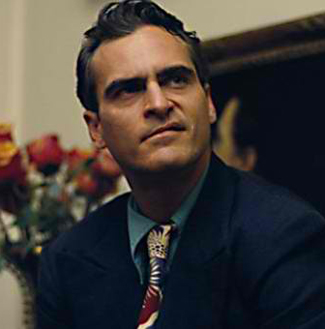 (if they’re not being assholes and ruining the mood) are in similar states. Movies put us under a spell. They’re a form of group hypnosis. They weird us, making our minds susceptible and then they warp time, create the illusion of motion and lie to us over and over again. When the magician is good at what they do, we accept it all.

And when you snap out of that spell, a particularly good one, there’s a strange sense of clarity that I’ve only felt a couple of times. I felt it last night when I walked out of Paul Thomas Anderson’s The Master. I felt a jacked-up version of that clarity ages ago when driving home from Natural Born Killers.

Another time I’ve felt this way was coming out of a particularly good yoga class – where the combination of stretches and surprisingly effective mumbo jumbo made me feel totally aware of my body, comfortable in my skin. A similar sensation came over me after climbing out of an MRI machine. They make you stay in there for a long time and, if you’re claustrophobic, it’s easy to go a little nuts in there trying to hold still while the machine slowly, loudly scans you. While I was in that giant magnetic tube I was able, miraculously, to find some calm while listening to that syncopated pulse of electricity through gradient coils. After the ordeal I walked out to my car feeling a strange kind of focus and clarity.

There’s a scene in the first half of The Master when Joaquin Phoenix’s dipsomaniac Freddie sits down for a screening session with Phillip Seymour Hoffman’s cult leader Lancaster Dodd. The camera is close on Phoenix’s fabulous face as Hoffman grills him about his life, loves and failures. The session is part game, part test, part interrogation. After a couple of breakthroughs, the session is over and we see Freddie’s face change. The muscles – usually a knotted ball that pull the man’s entire body into a exhausted hunch – momentarily drop and he is freed. Freddie smiles a smile that comes with catharsis and clarity. 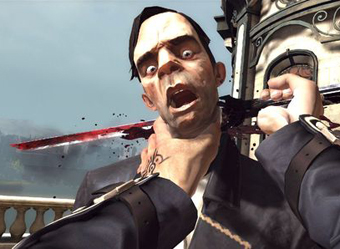 I caught the late show of The Master. It came about halfway through a two-day marathon session with the steampunk stealth of Dishonored. I write inspired mostly by how my body felt so supremely different during both experiences. For much of the game I caught myself scooting closer and closer to the edge of the couch, pushing dogs from my lap, turning my shoulders forward like Freddie Quell. Of course, that’s the obvious and profound difference between an active, physically engaging medium like videogames and a passive one like the cinema.

It was me that was doing the magic. My mana was burning to push that story forward. Every thug I crept behind, choked out and dumped into Dunwall’s plague-sick rivers took a minor toll. When the credits rolled on Dishonored I felt spent. My back ached and my eyes felt swollen and dry in their sockets. My throat was parched and my stomach growled. Though the game was fun I felt relieved that it was over – happy to shut down the Xbox, turn off the television and recover from the voluntary ordeal.

Clearly it is better, sometimes, to be witness, beneficiary and subject rather than summoner, agent and master.