I know everybody is getting psyched for the second season of A Game of Thrones, but there’s another show on HBO worth talking about right now. Maybe I’m just into Luck because nobody else really digs it. I’m getting the same kind of satisfaction from David Milch’s new horse-racing show that I did from Deadwood (and, I’m afraid to admit, John From Cincinnati). So yeah, the show is stilted and talky in an arms-length kind of way, but, like those other shows, it rewards engagement. And a couple of nights ago I got engaged into an all-night On Demand marathon of Luck, and (here it comes) something about the show lined up right next to some thinking I’ve been doing about videogames. Let me try and walk you through how those divergent neural pathways came to connect. 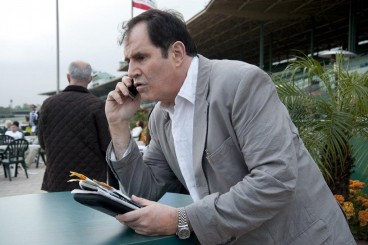 Every episode of Luck has at least one horse race. If you’ve ever been to the track, you might have found that, unless you’ve money on the line, it is kind of hard to get really invested in the races. A day at the track is just a blur of horses with different numbers, colors and nonsensical names. One horse wins. The rest don’t. Luck only really wants you to care about two horses – one the scion of a legendary winner and the other a young upstart that was born to run. But Luck never really paints these horses as characters. They’re horses. Their eyes are glassy and impenetrable – there are souls in there, but they’re beyond our meager comprehension. I’m on the edge of my seat every time there’s a race on this show not because I understand the mind of a racehorse, but because I know everybody who has something invested in these animals. I care about the horses in a sort of abstract way. But in a more real, more familiar way, I care about the trainer, the owner, the jockey, the agent and the gamblers who pin everything on the contest.

The horse is really just a pawn in all this – an avatar for the desires of others.

And that’s where videogames start to seep in. When I saw one of Luck‘s jockeys push a horse to its limits I was reminded of the way we play games, constantly pushing our virtual puppets to fight, win and frequently die. Recently, I experienced a moment in a videogame where I felt like a jockey, whipping the flanks of my horse. Opposing me wasn’t nature or fate or other horses but the game designer his/herself. There was what I wanted. And there was what the designer wanted. Between the two of us was my poor avatar. With my thumb wedged against the stick I pushed the puny thing against a brick wall, grinding it into the dirt. I suddenly felt bad for pushing so hard, for wanting to progress so badly that I paid no concern to the little life that was in my hands. 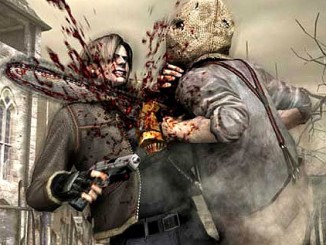 Another thing I like about Luck is that it approaches the relationship of controller and avatar from more than a couple of angles. There’s a moment in the show where a horse breaks its leg – a death sentence. The track’s staff puts up a screen so the spectators don’t have to watch the euthanasia, but Leon (Tom Payne), the jockey, stays close to the horse, taking a kind of responsibility for the beast’s fate. Later, Leon feels the pull of the reins in his own mouth. His agent Joey (Richard Kind) goads the rider to make weight, so he fasts, jogs endlessly and sweats in a sauna, slurping on ice cubes. But his flesh proves weak, too. He faints coming out of the sweatbox and cracks his head on the floor. There’s a moment after the accident where Joey again pushes Leon to lose weight. You can see a hint of regret in Joey’s eyes when he threatens. But he does it anyway.

When mulling the unlikely intersection between Luck and videogames, I wondered why I so rarely feel bad when my avatar dies a horrible death. The answer is obvious. In videogames, life is cheap. Consequences are nil. We have infinite do-overs so death is just another data point, a lesson learned. Of course, not all videogame deaths are equal. More punishing games dial back the clock, forcing you to retrace your steps or (God forbid) start from scratch. Much is said about the difficulty of Demon’s Souls, but that notorious RPG isn’t unfair or brutally difficult. It is just unforgiving. Even when your character crumples in Demon’s Souls, you’re not upset because your virtual hero died. You’re upset because of the time and resources that you’ve lost. Some games go over the top to make you feel something. I appreciate when survival horror games horribly maim your character, tearing them limb from limb when you make a mistake. It takes that kind of gore to make me feel even a little revulsion, a little true empathy for my avatar. 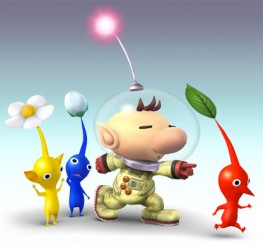 Oddly, the game where I felt the most guilt was one where I felt one step removed from responsibility – like the horse owner, pushing the jockey, riding the horse to death. I can still remember the terrible feeling in my gut when I accidentally threw a fire Pikmin into the water. The poor bastard cried for help, fizzled in the shallow pool and died. It was all my fault. Technically it was Olimar who wasted that poor creature’s life, but ultimately I was the one who was calling the shots – a puppet-master dangling a puppet with its own army of puppets at its feet.

I eventually I came to terms with Pikmin mortality. I sent them to their death over and over to be crushed under the feet of giant bugs. I spent their bodies to collect the pieces of my spacecraft so I could get back home. I find it strange that it was a Shigeru Miyamoto game that encouraged me to make such mercenary decisions about little lives. Even our art form’s cheeriest game designer has trouble making us feel badly for cracking the whip. Me, I’d like to play more games that make me pause and worry about the damn horse.

Pretension +1 is a weekly column about the intersection of videogames, pop culture and our short, fleeting lives. Follow Gus Mastrapa on Twitter: @Triphiban