Like a lot of parents, I’m obsessed with my kid’s education. Even when we play videogames, I try to steer us to titles that have even a slim thread of educational value. Machinarium teaches you to solve puzzles. Pokémon makes you do arithmetic. The kid in Papo & Yo speaks Portuguese. So, there’s a tiny flake of learning in every game we play.

The king of not-really-educational games, the behemoth that I’ve been keeping in my back pocket since the day my son was born, is the Civilization franchise. If you’re a gamer parent, you probably have it on your list as well. You save it until your kid is old enough to enjoy it and, natch, conquer it – because nothing would make you happier than watching your child master its strategies, assimilate its lessons and rise to its challenge as a player who’s empathetic, wise and strong. 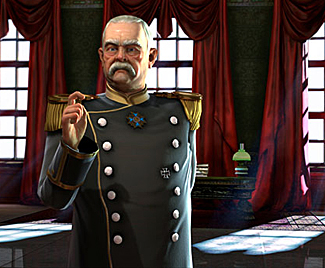 Civilization is loosely modeled on the history of the world, but when reality and gameplay come into conflict, gameplay always wins. Until a few weeks ago I had never played a Civilization game, and I was surprised by the weird mash-up it makes of history. In our first game, we played a pharaoh who was butting heads with Otto von Bismarck. Our next empire was one I had, shamefully, never heard of: the Songhai Empire from Mali, which reigned around the 15th and 16th century.

We liked the Songhai. Starting from our capital of Gao, our horsemen conquered barbarians, plundered ruins and crushed the weak beneath their hooves. In fact, right away we decided that combat is our favorite way to win Civilization. If I knew the game better, I would have suggested we win through diplomacy or technological supremacy – but it was more fun just to run around killing everybody. Allies are whiny, and rivals are treacherous; but crush a city under your boot and it’ll pay tribute for life.

As we raided our made-up continents, we butted heads with Gandhi (who we befriended) and Julius Caesar (who we crushed). That our opponents were born a couple of millennia apart from each other wasn’t a problem in this game, where everyone starts at the base of the same tech tree and has to make the best of it. Oh, and the enemy leaders never die or get replaced, either. We’ve been trading silver for fur with Gandhi for centuries now. Dude never gets old, and he’s cheap as hell. 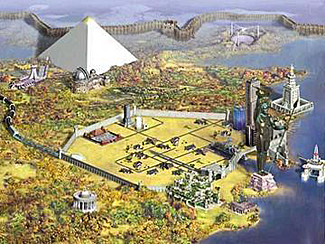 So we’re not really learning history. But we are learning about real names and places – and that’s where it gets tricky.

The second city in our empire, Tombouctou, bore the older name of the modern-day Timbuktu. The morning after we founded it, I found a story in the New York Times. “Hey, come over here,” I told my kid and excitedly read to him what was going on – and of course, the news from Timbuktu is that radical Islamist rebels have taken the place over, banning music and cigarettes, forcing women to wear veils and driving out a swath of refugees.

Reading the story to my kid, I decided to skim over the details and just give him the gist. It’s hard to explain real politics to a child. The interesting stuff is subtle and too far out of their realm of experience. You can talk about power and the question of whether might makes right; from there you can talk about what’s fair and unfair. But how do you explain civil disobedience? The Cold War? Or this year’s GOP primary?

Then there’s the stuff I don’t want to explain, because I’m not sure he’ll get the nuance. Reading to my son about the rebels in Timbuktu, I skipped over the fact that it was radical Islamists who had taken over the town, because he knows so little about Islam or any other religion that I didn’t want to make this one of his first reference points. If you think I should trust my kid to judge for himself, then hey, maybe you’re right. But you also may be wrong. He’s only seven, and he only digests so much reality at a time.

I could try to impress you with a heartwarming story about how I laid the straight truth on him – like the time I tried to explain 9/11 to him while he was busy reading the funny pages. But there were plenty of other times that I did not try to explain, say, the Holocaust, either because I was timid, didn’t feel confident in my explanation or just because I was trying to watch TV. I’ve got my eye on the long game. 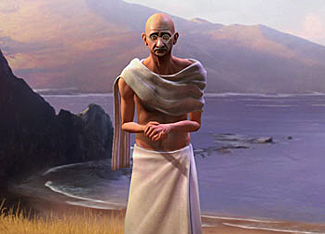 From day to day, he gets a scattershot of facts and ideas that I dispense pretty much at random when something occurs to me. It’s up to him to assemble that into a view of the world, just as he has to take the real names and places in Civilization and separate them from its made-up scenarios.

But you know what? That’s not a bad way to teach history. When I was in grade school, history was hands down my least favorite subject – but by the time I got to college, I majored in it. When you teach history as a set of facts on a timeline, it’s deadly dull. But when you go a little deeper and see that people are still arguing about it, interpreting it and using it to plumb the depths of human behavior – that’s when it really gets interesting. A videogame can’t teach my kid history. But I can’t do it alone, either, and neither can any one of his teachers or his books. He has to make his own sense of what we’re pouring into his brain, and sussing out how to do that is the most important lesson he can learn.

A Place For All