If a lifetime of videogames has desensitized me to violence, it only took one heavy metal video to re-sensensitize me. The gory clip for “It Was Beautiful But Now it is Sour” from the Arkansas doom outfit Rwake turned my stomach to such a degree that I had to stop watching. This is coming from somebody who laughs (albeit nervously) at the over-the-top gore in new red band trailer for The Evil Dead. 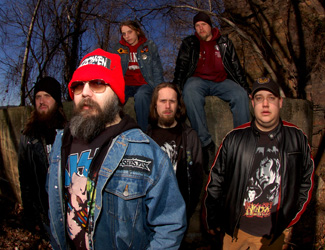 The video, directed by Casper Haugegaard, depicts the slo-motion destruction of fetal pigs. The little (dead) things are crushed under giant weights, snapped in mouse traps and whacked with golf clubs. That last one really got to me for some reason. The barely-formed thing, with four tiny sprouts of legs and tiny black dots for eyes, explodes into a translucent cloud of red goo not unlike the “gibs” of exploded enemies in Quake III. I was sickened to think of the waste, a kind of Jackass crassness, which could see so many tiny bits of spent life squandered in the dirt.

I have spent the last several weeks destroying all kinds of virtual life. I have jammed blades through the necks of unsuspecting guards in Dishonored. Countless Borderlands 2 bandits have died screaming, burnt alive, melted by toxic waste and shocked smoldering by electricity. I barely bat an eye when I do these evils. It certainly helps that none of my enemies are fleshy and weak, like little gummy bears who  look like they might grow up to be Pooh’s pal Piglet.

Games do a good job of dehumanizing our fodder. They are fascist guards and alien buggers – brainless bots so full of evil and aggression that they have to be put down. Dishonored tries to fuck with you in this regard, giving you a beating heart that tells you the dark secrets of your quarry. The whispering woman will tell you that some have their deaths coming and she will make you feel bad about offing others. But in the end, the heart lies – your enemies are just polygons and artificial intelligence. They exist only in code and have no past or future.

When we’re playing, we have intimate knowledge of this lie. We are wired to the game part of the game – the rules and the reactions – in a loop that reaches through our eyes and brain, through our hands and back to the game. Outside of that loop, the assassinations and decapitations must seem like abject cruelty. That’s why outsiders are always so upset when they see the most violent images games can generate. However, when you’re playing Resident Evil and Leon Kennedy is torn limb from limb, it doesn’t feel like a snuff film at all. Those “You Are Dead” murders are like a clumsy kabuki which mean little because your game is saved. Leon will live again. 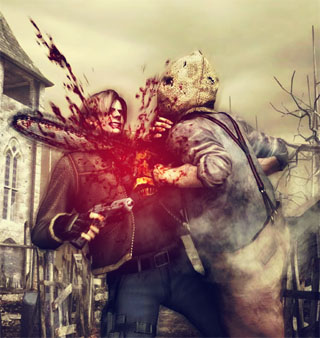 Those piglets in Rwake’s video will never toddle in muddy farmhouse pen. My first reaction was to be appalled by such travesty. I was tempted to file Rwake away as a morally reprehensible group of cretins out only to disturb. But that’s the point of metal – to “afflict the comfortable” as Finley Peter Dunne used to say. And I know that Rwake aren’t out merely to shock.

I quite like Rwake’s angry music. This album, Rest, may be nihilistic but it is so in a despairing way. Vocalist C.T. bellows the word “heartache” more than a few times. And then there’s the album’s last sprawling song – an enlivening dirge that ends on a repetition. “So you see this vision was only a dream,” C.T. Says. “And this tunneling force was just me. The trees are energy. Set up like ghosts so each and every one of us can breathe.”

It seems incongruous for a band who promotes their songs with fetal pig mutilation, but I do believe that Rwake has a perverse respect for life.  We live in a world where flesh like those unborn pigs is wasted by the ton and it is done with no artistic intent, no meaning. When C.T. screams “it’s the heartache of losing everything you have known,” I can now think of no better visual accompaniment than the slow-motion shattering of fragile, innocent tissue. Maybe I’ve played too many videogames.