Of the many letters the Rookie of the Year has received over the past 19 months here at Unwinnable Headquarters (I haven’t received a single one), the most common question (again, there have been no questions, and I am making this up for the sake of this column) is the following: 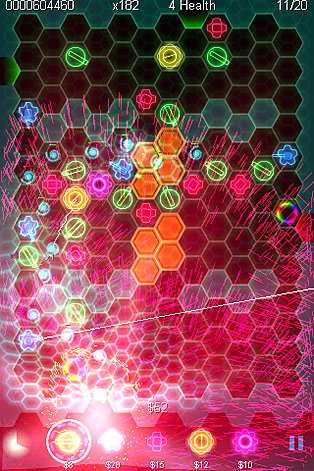 What is your favorite game?

Whoa, what a query. I mean, are we talking recent or all time, casual or hardcore, mobile, desktop or console?

Thank goodness my readers are specific. The overwhelming majority of you don’t necessarily want to know what my favorite game is, but instead are curious as to what single game, of any type, I have played the most since starting this column way back in April of 2011.

Amazingly, it’s a game I haven’t written a single Unwinnable piece about until now, although I have mentioned it here and there in passing, and I once reviewed it for the New York Daily News. It’s an iOS game, one I have beaten a thousand times over, and one that I play on the subway practically every day, clearing my mind of outside distractions while I’m underground and Words With Friends can no longer connect to the Internet.

It’s not as sweeping or as ambitious as Skyrim. It’s not even as graphics-intensive as Temple Run. And besides a modest downloadable expansion pack, it hasn’t changed since I first bought it a few years ago.

It is called geoDefense. And it is glorious.

I am not going to try to explain why I love it so much or sell you on its merits. It is a fairly bog-standard iOS tower defense game with a replay value bordering on infinite – at least as far as I’m concerned. I have beaten the Thanksgiving level so many times you’d think I was insane.

No, I just wanted to tell you about this game, and possibly get you to check it out, and of course to give an answer to many of the fan mail letters I get.

And, in that vein, perhaps I will inspire you to leave me alone for a bit and start a new letter-writing campaign – to a dude named David Whatley.

Who is David Whatley, aka david@criticalthoughtgames.com, aka @nsxdavid on Twitter? He’s the president of Critical Thought Games, and he is the mad genius behind geoDefense.

He’s also the bastard who hasn’t updated the goddamn game since four months before I started this column – when he shipped version 1.6 to iTunes on Jan. 24, 2011. 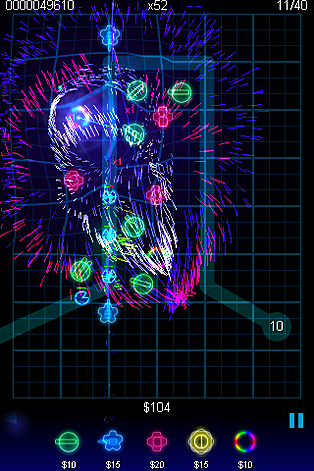 Which raises the obvious question: what the hell are you doing, David?

Yes, you lead a full, rich life. You’ve developed other games. You’ve moved on to bigger and better things.

Except what’s bigger and better than geoDefense?

What’s bigger and better than the aforementioned Thanksgiving level, shaped like a motherfucking turkey, which I have mastered now to the point where I can almost see myself bursting into a maniacal laugh the next time I reset my own high score? Perhaps a Christmas level? Maybe something for the Fourth of July? Hell, I’d take a Columbus Day level for fuck’s sake.

(geoDefense Swarm, by the way, doesn’t count. My editors have added some art from it to this column, which is fine, but I have never liked the game. Go figure.)

Recently, the Rookie of the Year got “CD’d”, I am told, so apparently it has some sort of pull now – and it’s high time I wield that power to do some serious public service.

I implore you, Rooksters: do you civic duty to gaming. Download geoDefense. Play it. Love it.

Then write David Whatley and ask him nicely to give us some more.

I guarantee you, it’ll make all of our lives better.

God knows Matt Marrone is too lazy to write letters himself. You can follow the Rookie of the Year on Twitter @thebigm.

Rookie of the Year: A Fine Line Between Success And Failure
Previous Post