Well, I wasn’t kidding that I had another column in me centering on the Prince of Hades. To date, I’ve played well over a hundred hours (that’s not a brag of any sort) of Supergiant’s narrative-driven rogue-like. And what’s stuck with me the most is . . . surprisingly not Avalon Penrose, although the game’s cast is definitely gorgeous. No, what I want to talk about is Zagreus’ (hereafter Zag) character design, because I feel like he continues the conversation (both figuratively and literally) of biracial and multiracial representation.

In my previous column I explored at length how some characters like D, the famous Dhampir of Vampire Hunter D, are often portrayed as tragic liminal figures. Such figures often draw the ire of both those who fit into a human category and an Other, more monstrous or preternatural category. Physically, this liminal figure resembles one category of being more strongly than the other (usually the less human side), but they cannot pass as the Other category either. While D, at least in the film Bloodlust, is sometimes a hopeful figure who shows others the complexity of his existence with his more sentimental or heroic actions, he is still considered someone caught in an ontological purgatory. Sometimes this purgatory even has an extended metaphor in the setting that a mixed character traverses, like D’s world which exhibits elements of both a Gothic medieval past and a post-apocalyptic-meets-weird-western future.

Zag shares a few of D’s traits, but I’ll start with the most obvious physical ones. He is a multiracial demigod, with a Chthonic god Hades as his father and a half-Olympic goddess Persephone as his mother. Persephone’s father is revealed by Demeter to be a human man, which results in Zag inheriting his mother’s stature and one of her green eyes, the other red with a black sclera like his father’s. Characters comment on Zag’s appearance in conjunction with recognizing him as a demigod throughout the game. Thanatos mentions that Zag has one of his mother’s eyes when Zag prods him for more stories about what she was like. Asterius, the minotaur, another character of more monstrous mixed heritage often calls Zag “short one”. Other notable nicknames regarding his height are “little Hades” (Poseidon), “little godling” (Aphrodite) and “little sprout” (Demeter).

Most of these nicknames seem like terms of endearment, but they are also a little insincere. After all, the Olympic gods know Zag is only partially related to them, and it’s difficult to determine if they simply want Zag to reach the surface simply to spite the Hades and his gloomy Underworld domain. But as you forge friendships with the Olympians, they seem to be invested more personally with Zag’s plight and tell him they recognize qualities of themselves in him. Or perhaps that’s due to all those offerings of nectar talking—I’m looking squarely at you Dionysus, for more reasons than one. But we’ll get to that. Zag’s height is not wholly about his heritage, of course, it’s also to emphasize his epic nature of his journey to the surface. His size pales in comparison to even some of the lesser enemies called Wretches, minions of his father that he fights in each region of the Underworld. And speaking of the Underworld, that brings me to another major trait Zag shares with characters like D. 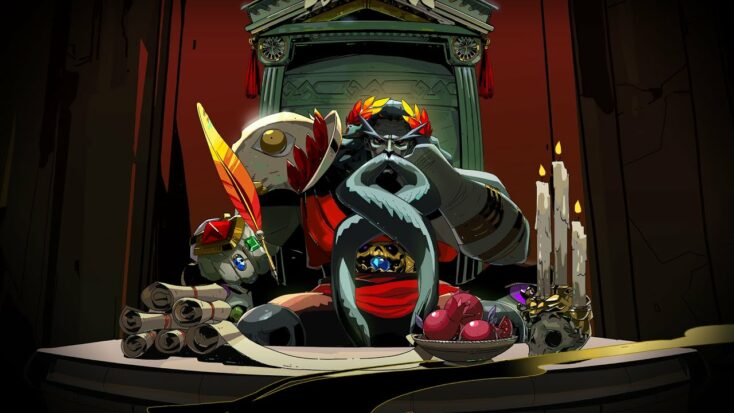 Zag is definitely a liminal figure trapped in a purgatorial space – and this metaphor extends to the entire setting of Hades. Or at least, so it seems at first as he fights his way to the surface to find and reunite with his mother. He doesn’t quite fit in physically with his fellow Chthonic deities and finds more of an ideal father in Achilles, a fallen mortal hero, than he does with the giant and overbearing Hades. And those like the Fury Alecto and Theseus hurl epithets like “redblood” and “monster” and “blackguard” at him. Alecto’s slur “redblood” feels particularly racially-charged, identifying Zag solely by the partially mortal blood in his veins that makes him a demigod.

Notably the Prince of Hades rarely lets insults get under his skin and seems to brush off most of these with a sense of acceptance about his demigod status. Throughout the entire game, however, Zag is also reckoning with what he’ll do once he meets his mother, and if you romance Megaera or Thanatos (or both as in my play-through) you start to realize that it might not be possible to leave behind the ties that Zag has made in the blood and darkness of the Underworld. And indeed, those ties make it impossible for him to remain on the surface in Greece (both physically and spiritually) when he finally does meet with his mother.

Supergiant Games’ writer Greg Kasavin has masterfully woven in details, both in the key songs of Hades (particularly “In the Blood” and “Hymn to Zagreus”) and codices (written in Achilles’ voice) that emphasize how Zag was never meant to choose one side of his family over the other. In the codex for darkness, one of your upgrade items, it explains that “Those born of darkness must remain in darkness; this is one of the Underworld’s indelible laws.” Jacob Hamill, a First Person Scholar contributor, noted that although Hades lore is rooted in Greek mythology and its attendant genre Tragedy, Supergiant Games has reinterpreted the deterministic aspects of both.

The game is less about accepting one’s fate than it is about redefining our relationship to it. I agree with Hamill that Hades consciously uses the roguelike structure to underscore the themes of fate and questioning the extent of our control over it. But what I’m more concerned about is how this game narrative structure also effectively shows you the core of Zag’s identity crisis and how he resolves it as a multiracial demigod.

Zag at the start of the game is making a choice to choose one side of his family over another. He is at terrible odds with his father and when he discovers that Nyx and Hades have been hiding the fact that Persephone is his birth mother, he becomes that much more determined to escape the Underworld and never look back. During your initial journey to the surface, Zag is convinced that there is nothing for him in the Underworld. Here we could say that at the start of the plot, as the player continuously fails forward and experiences the cycle of life-death-rebirth with Zag, that he is still that mixed liminal figure. A person literally and figuratively torn asunder into fragments of himself as he tries to reconcile with his decision to reject one half of his heritage. This dynamic, both in the gameplay and the narrative, are tied to Zag’s mythic connection to Dionysus.

In myth, Dionysus is known as a twice-born god (sometimes of Zeus, Hera and Semele, sometimes of Zeus Persephone and Semele) who was dismembered and devoured by the Titans. The game reduces this connection to a prank that Zag and Dionysus play on Orpheus, to get him to write and sing the “Hymn to Zagreus”. Although this incident is one of seeming comic relief it also obliquely references Orpheus’ mythic role as the founder of Orphism, a cult of mysteries that involved rituals reenacting the death and rebirth of Dionysus, Zagreus and how the twice-born god is connected to the birth of humanity. The act of rendering such heady references as a comic relief moment in the plot seems odd at first, but actually comments on the reinvention of Zag’s character for Supergiant’s story of taking your fate into your own hands. 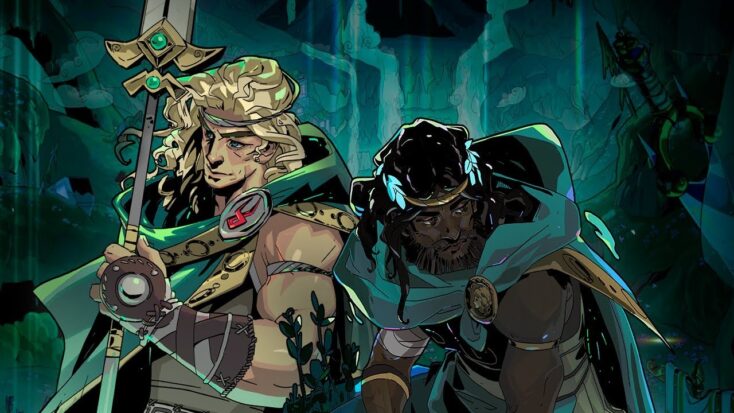 Zag eventually discovers the full story of his birth by Persephone and Hades, a child who would’ve remained stillborn had his adoptive mother Nyx not intervened with The Fates, who are in fact her daughters. Arguably this revelation is part of the paradigm shift Zag experiences near the end of the main arc of the Hades, with him realizing that his spiritual bonds with those like Nyx and Achilles as well as his loved ones are just as important (if not more so) than the blood ties he has with Mount Olympus and his mother. What I love about Zag as a multiracial character is that he doesn’t choose one side of himself over another, he accepts both and his fluidity of movement throughout the Underworld and the surface worlds. Unlike D and game characters who share his tragic mixed-race archetype.

While I agree with Rosy Hearts’ reading of Zag’s decision to convince his traumatized runaway blood mother, Persephone, to come back to the Underworld as problematic, I also feel that Zag bringing his blood mother back to the house of his adoptive mother is symbolic of him making peace with his liminality. He acts as a bridge between the upper and lower worlds of his heritage, but not one set in stone. Zag is a figure that in myth is associated with a god that represents a contradictory nature of being both Tragic and Comic and perhaps his returning Persephone to the Underworld is meant to rest uneasy on the player’s shoulders. After all, Persephone is keen to note that if Hades drives her away again, she will leave for good.

Zag is a more hopeful mixed-race character than we usually get in games and I believe this is due to Supergiant allowing such a character to recognize that they are more than the sum of their parts. Zag’s story could’ve easily been another God of War (2018) experience, where the focus was more on the pains of family and the sacrifices parents and their children make for one another. Instead, Kasavin envisioned a mixed protagonist that accepted their complex heritage and made that their strength. As a line from Zag’s completed codex reads: “Rumors swirl about the lad; about how he bleeds red like a mortal does. Well, if there’s a trace of mortality in him, I am certain he is better for it. I should know.” For better or worse, the Prince of Hell is at home with his liminality.

Not in the World: The Unlikely Precognition of No Escape (1994)