This is an excerpt from the cover story of Unwinnable Monthly #139. If you like what you see, grab the magazine for less than ten dollars, or subscribe and get all future magazines for half price. 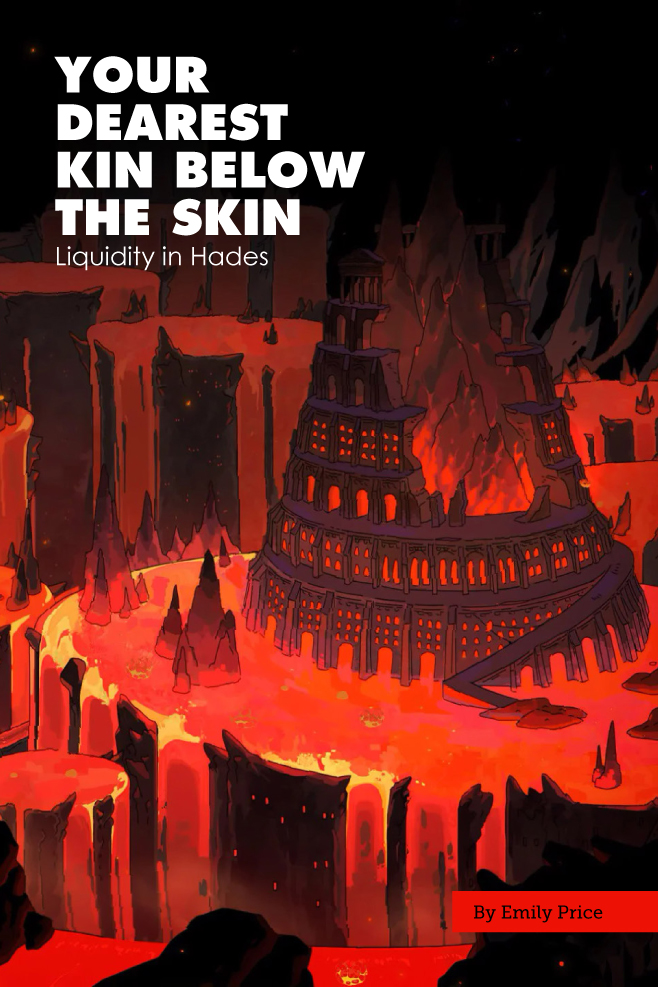 In computer science, liquid narratives are procedurally generated stories made entirely by computers. Their goal is to use existing narrative models to “build stories and tell them automatically,” without further human input. These stories can be made with no human input, and they can resemble human narratives enough to be consumable while still being recognizably other.

The dialogue in Hades might not be procedurally generated, but the rooms the game is made up of – or rather their order – are. Hades generates randomness by putting together a series of consistent units in a new order, with an enormous potential for variance. Boons, the combat buffs you get from your relatives on Olympus as you go, are also random and also affect your experience, as are the rewards you receive.

One way this cycle stays fresh is through its ties to the game’s story, specifically its dialogue. Each time you meet a god for the first time on your run, they comment on your performance; if your health is low, they might implore you to play more cautiously, or they might congratulate you on your speed if you clear a room quickly. Or they might simply comment on your situation writ large: Artemis, the introverted goddess of the hunt, will tell you to get to Olympus as fast as you can so you can hang out with her, while Aphrodite will flirtatiously offer to set you up with a human once you reach the surface. Like the rest of the dialogue, these options change each time you play, so that they feel reactive, and they build on each other. The gods get to know you over time, in the same way anyone would get to know a long-lost cousin: haltingly, enthusiastically, embarrassingly, all at once.

One of the most charismatic members of your extended family is Dionysus, a cheerful uncle who is permanently clutching a cup of wine. While gods like Zeus and Demeter constantly remind you of the gravity of your position, Dionysus refuses seriousness. He is instantly likeable, calling you “man,” offering to throw you a feast when you arrive. His enthusiasm can be soured, momentarily, if you side with one of the other gods over him in a challenge room, but he discards the slight immediately: “Let’s forget this ever happened, Zag. I already have!” 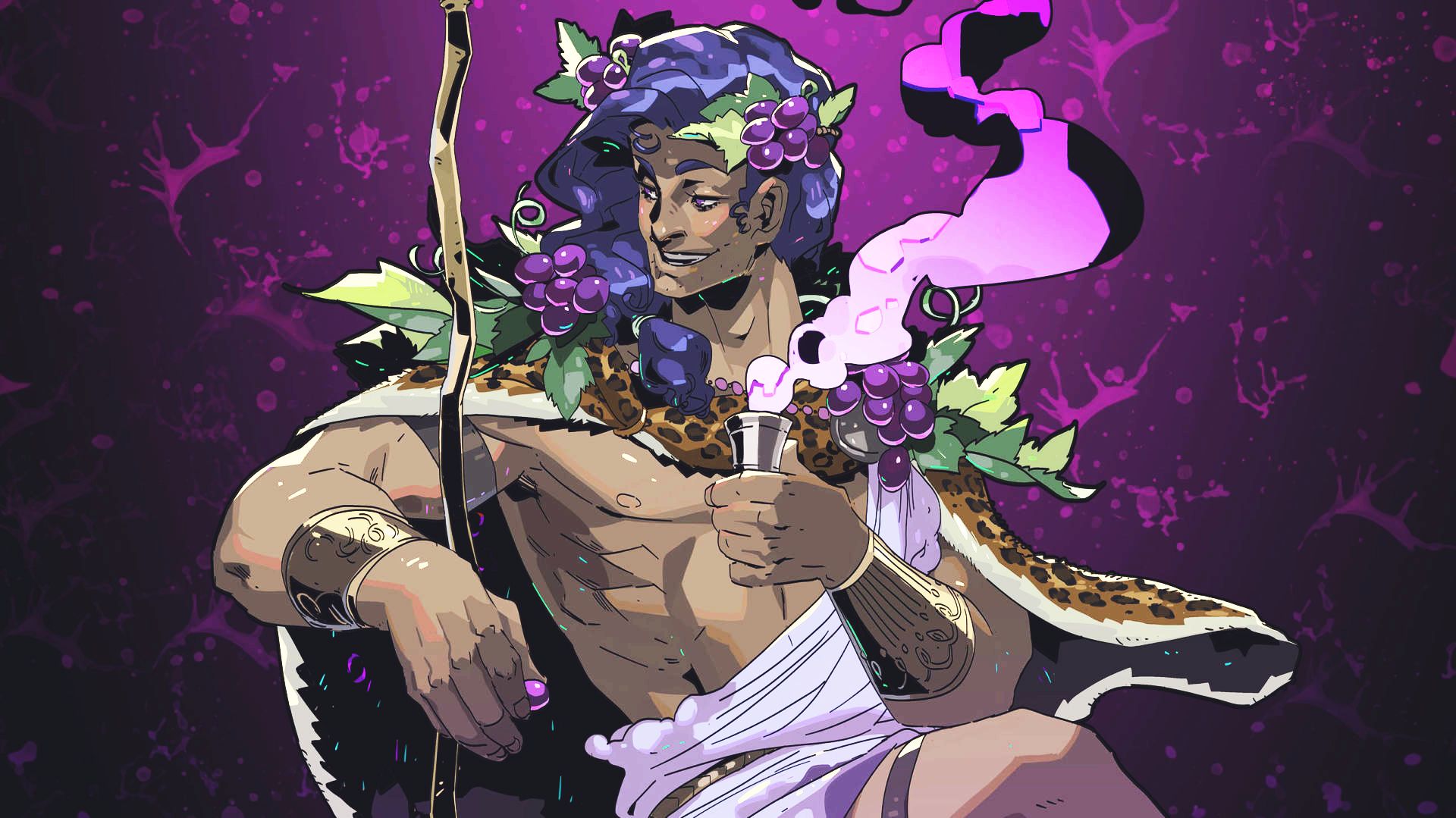 Most of Dionysus’s boons also bestow the power of his beverage of choice upon you. When you take a boon with the modifier “Drunken,” your weapon of choice will leak purple bubbles that poison anything you touch. Even his boons that don’t poison enemies are based on liquids in some way: Strong Drink gives you bonus damage when you drink from a fountain, while Premium Vintage raises your health each time you pick up nectar. His abilities connect you to all of the salient liquids in the game – wine, yes, but also ambrosia, water and, if your hit points can be an extended metaphor, blood.

Dionysus himself is the god who feels the most human. Just like Zagreus, he is rumored to have human blood. As his codex entry says, “This may explain why he, among Olympians, is so well-loved by mortal-kind; because he loves them back, bringing to them more joy than suffering, for the most part.”

The illusion is shattered, though, in the very next sentence: “Being rather unlike the other gods in this regard, he nonetheless maintains a careful distance from the Underworld, generally severing his ties with all his mortal followers upon the moment of their deaths. Why confront the woes of the dead when you can live in eternal feast?”

You’ve been reading an excerpt from Unwinnable Monthly Issue 139.

The Occupation: Mind Your Deadline