Okay. I’ll try to keep the sentimental vibes to a minimum. But it is my birthday month, so I make no promises.

Ten years ago, I wasn’t at Unwinnable. During the first decade of 2000s, I was running a Blogspot site called something like “Until the Next Save Point”. Since I’ve saved all of the posts from that blog for posterity, I thought for this Unwinnaversary I’d compare my past writer’s statement/interests to my current state of affairs. To do this, I have to cheat a bit, and go a little further back (2010) first, before seeing where I was at exactly ten years ago in 2012.

In my first ever blog post (outside of Livejournaling, that is), entitled “Diving in head first”, I outlined that I would include “reviews, thoughts, random insights/speculations, (and hopefully) fun discussions on some of my all-time favorite games, as well as new releases I’m very interested in.” I didn’t want to but my past self also made a comment which was a bombshell to my present self’s perception of what I thought my past self’s writer’s statement would be, which was: “In regards to the ‘should videogames be considered as art’ argument. I’m not really partial to either extreme of the debate. I do believe some games strive to be more artistic than others (such as, for example, Okami), but I do not believe that all games are looking to be labelled as ‘Art.’” Uh. Wow.

The reason I’m a little floored is that a decade ago I was a full-time fine arts student on Vancouver Island who was gunning to become a character concept artist in the games industry. I started that blog in large part to analyze what games were the most influential on my visual imagination. A lot of my old posts often seek to tease out what artistic influences inspired the final look and atmosphere of a game. I even go so far as to mention in one of my subsequent blogs that “I’m visually picky gamer” and that I can be fickle about choosing to pass over a game because I don’t jibe well with its concept art style. I was also someone who had a focus on art history while at art school and was often pissed when my prof would outline debates around what was considered capital A art and what was dismissed as any number of terms that denigrated Art not fully accepted by the institution (i.e., folk art, crafts, women’s art, lowbrow art, etc.). I guess I assumed that in retracing my steps I would be led to a version of myself that was less nuanced in their opinion. Not so.

I finished reading Maggie Nelson’s Bluets recently and although I’m not certain I liked her lyrical exploration of the color blue on the whole, there was one fragment in her stream-of-consciousness that resonated with me. Specifically, the one that speaks of how despite how thoroughly memory is studied by neuroscientists, we still have to resort to metaphor to categorize the process of storing and accessing memory. Memory is both physical and incorporeal, both lived experience and an ephemeral trace of something. In fact, it is the term “trace” and its closely-related term “engram” in neuroscience that Nelson fixates on, musing about how there’s no true way to know if we ever access a stable memory fragment or if in the act of remembering we are creating a new trace that is slightly different from the memory as it stood when we were closer in proximity to the event that spawned the initial memory.

Anyway, I don’t want to wax overly poetic about this, it’s more that Nelson’s pondering about memory helps anchor the nebulous mix of feelings that arose upon rereading my first blogpost from over a decade ago – a bit of unmooring shock, a bit of floundering empathy for my past self. My writer’s statement still somewhat mirrors this stance of “some games are art;” individual games do exist on a spectrum. I tend to be drawn more to the ones that are leaning towards the explicitly artistic end of that spectrum (Ico, Journey, etc.), but I have grown to equally love games that are simply good interaction design and attractive because they are dedicated to actions that are fun or calming to complete and repeat. 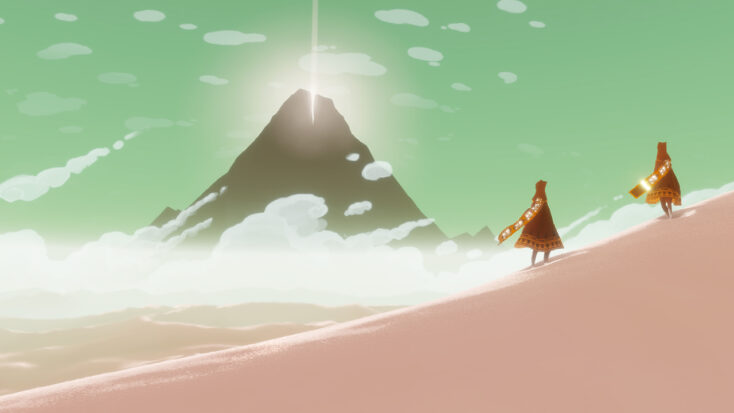 I had a creative writing professor who stressed (probably like many good writing teachers and mentors) that your writer’s statement should change over time. Discovering that some things about mine hadn’t changed over ten years was both guilt-inducing and comforting. My writer’s statement has evolved but not in a wholesale way. My main impetus to continue writing about and for games, especially artistic and narrative-driven ones, is to “proclaim my love” (in a similar fashion to Harper Jay’s sentiments shared in “Games Criticism is a Kindness”) and to explore why “videogames and art, can sometimes make a wonderful match.” But there are three new principles that now drive my interests in game criticism and game narrative design. These are: the hybridity of games, games as an extension of oneself in an embodied way and the preservation of games for posterity.

By hybridity, I mean this both in regards to the obvious (i.e., games are a mashup of a bunch of things formally, not least of which is audiovisual technology and interaction design) and the less obvious (i.e., games are a mashup of technical parts and organic input). Since I myself am a hybrid person, being half-Caribbean and half-European, I find I tend to like exploring what hybridity means to me on multiple levels of being. And often games have been a tool for me to do that. This lens of hybridity influences all my other interests in games, and arose out work I did for my grad school thesis (which often had me exploring how contested games as even a term was) and some design work I did for a Hand Eye Society Game Jam event and zine entitled Six for Bricks: An Evergreen Brickworks Game Jam (a.k.a. Spring Jam). Games are never purely one thing or another; they are amalgams of a bunch of different forms and traditions of expression. Games are as varied in their identities as we are.

The other two guiding principles of my current writer’s statement are more straightforward. I am much more aware when I play games now of how games affect us emotionally and use our bodies physical input to complete the experience. I’m a lot more fascinated than I used to be in theories and studies done by scholars like Aubrey Anable, Brendan Keogh, Kishonna Gray and the writers of various critical outlets who draw players attention to which bodies are playing games and how they play and experience them at various intersections of identity and society. I’m also fascinated by what emotions and physical responses are played upon via games’ unique expressive tools, whether deliberately or subconsciously designed. Regarding games preservation, I am simply hoping to raise awareness to how as primarily commercial objects, games still don’t inspire the industry’s stakeholders often enough to ensure access for future players. 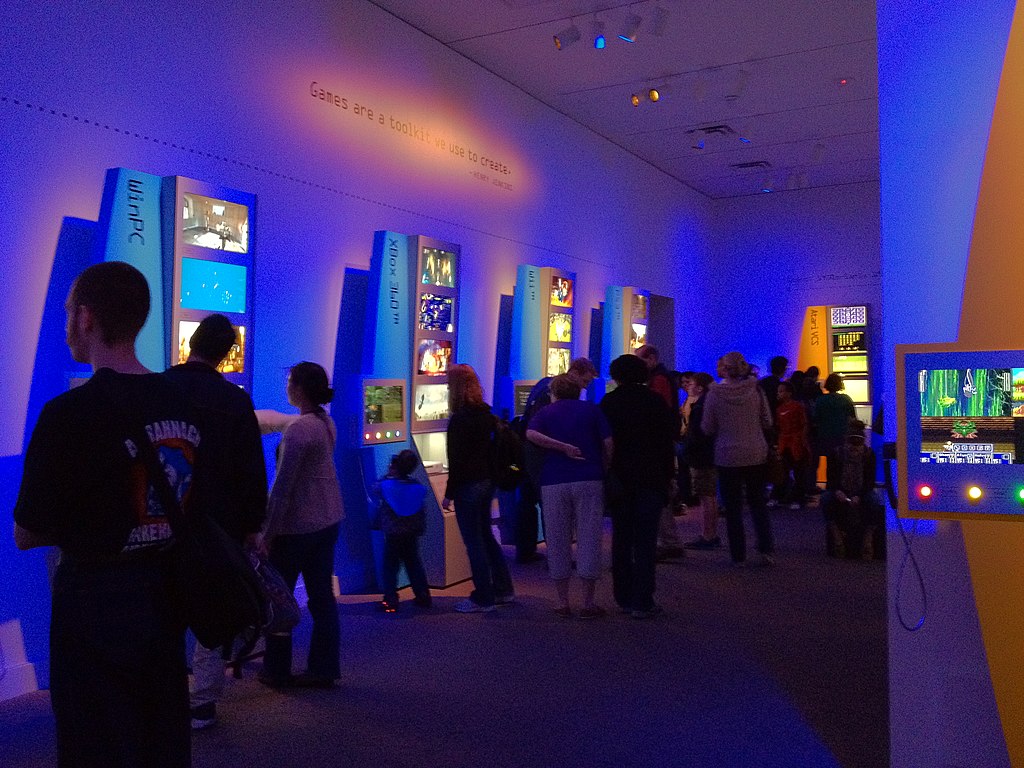 Alright, now let’s take a short leap forward to my 2012 blog post titled rather amusingly “Regular Posts Upcoming” (I wouldn’t post to the blog until the new year). At this point I was studying English literature and culture full-time in Toronto, with a focus on digital humanities as it allowed me to regularly analyze games both as a storytelling form in its own right and as part of a larger ecosystem of digital storytelling. I’d decided at that point that while I’d love to make a story-driven game project or two of my own, I was more drawn towards writing about games than I was writing for them. I was also working as an on-call receptionist at a film industry company and between these two modes of being, I found that a consistent personal writing schedule was hard to commit to. No, working at said company didn’t especially influence my thoughts about games, other than to highlight things that were already obvious and overstated even at this point in legitimacy debates (i.e., the two mediums’ strengths and weaknesses, how their industries are related yet have different trajectories and which games overtly strove to be like movies with some button-pressing, etc.).

For a good while, I had to draw back and become more of an observer as I mostly was able to monitor the goings on of “The Discourse” via off-hour website and library research, as well as seeing it unfold in real-time on Twitter and sometimes Reddit (I’ve always been more active on the bird site). During the years I spent studying writing of all kinds and how different canons of various media influenced each other, I also focused on playing games whenever I could. Both for fun and to hone my critical thinking skills specifically for games and how they communicated things. I think it was during this period of distance that I also recognized the importance of allowing all my other personal interests (nature, subculture movements, etc.) to interweave in a rhizomatic fashion with my games writing.

Although I wasn’t aware of it at the time (or perhaps I was and didn’t pay it much attention as I should have), 2012 was also when the Smithsonian Art of Games exhibit was curated and presented with a very pro-games are art stance. Watching the trailer for this ten years later helped orient my current thoughts and feelings on writing games criticism. The attitude of trailer, that of people who still feel like they have something to prove, didn’t sit well with me. Granted, this was only two years after the infamous Ebert essay, which is often taken out-of-context and expands upon his initial 2005 statement that he believes the very nature of the medium ”prevents it from moving beyond craftsmanship” although he finds the medium very compelling.

Games use action and interaction as a base unit of communication. Therefore, in this medium actions truly do speak louder. And I feel less inclined these days to fixate on whether games deserve certain titles of cultural merit and more inclined to study how systems of action are framed and employed. Some games are art, yes, but games are also explorations of who gets to do things in specifically-designed systems, who doesn’t and who (or what) regulates this systems of action. I will continue to enjoy learning the how and why of that, as well as finding out which of these specialized systems commands my attention and reshapes my memories the most.

Some Thoughts on Independent Games and Media
Previous Post