I happen to be a pilot, so it should come as little surprise to learn that I’ve always been interested in aerodynamics. I mean, I’m not an engineer, but I’ve developed an understanding of the field through various forms of study. I’ve taken a few courses over the years. The upshot is that I’ve been following Formula 1 for quite a while now.

You might be wondering what the connection between aerodynamics and Formula 1 could be. We’re talking about the difference between airplanes and racecars after all. The former takes off and the latter stays on the ground. The answer is that engineers in Formula 1 have been carefully considering aerodynamics ever since the introduction of the ground effect car back in the 1980s. You see, part of what creates lift is the pressure differential between the top and bottom of a wing. When it comes to airplanes, the high pressure below pushes upwards against the low pressure above, creating lift. The same principle is at play in racecars except in reverse. The low pressure is below and the high pressure is above, so the vehicle gets pulled towards the ground, something known as downforce. This greatly increases traction, allowing a vehicle to reach incredible speed without flying off the track. The downforce produced is so powerful that racecars can drive on the top side of a tunnel, at least in theory. I doubt that anyone really wants to prove the hypothesis, but the math definitely speaks for itself.

I pick up the latest Formula 1 game just about every year. I was particularly interested this time around because there have been substantial changes to the regulations in Formula 1, mostly regarding the aerodynamics. The outcome has been a phenomenon called porpoising which occurs when the airflow underneath a car stalls, causing the vehicle to bounce up and down. I was rather disappointed to find out that almost none of this was actually reflected in the game, but the cars at least look and sound wonderful. The regulatory changes resulted in some truly stunning designs.

When I started playing the game, I first paid close attention to the cars, but after a while, I found myself interested in the racetracks. You’ve got all the classics like Silverstone and Monza, but also a new circuit, Miami. The city has often been visited by Formula 1, but following a litany of complaints by local residents, Miami was effectively off limits for a while. The track is a completely new creation that got me wondering what qualities make for a perfect circuit. The answer that I came up with is that everything depends on your perspective. You’d have a completely different approach to the problem if you were a contractor, mechanic, driver or spectator. This could be a lot more nuanced, but these four categories cover just about every angle, so I’m going to keep it simple. 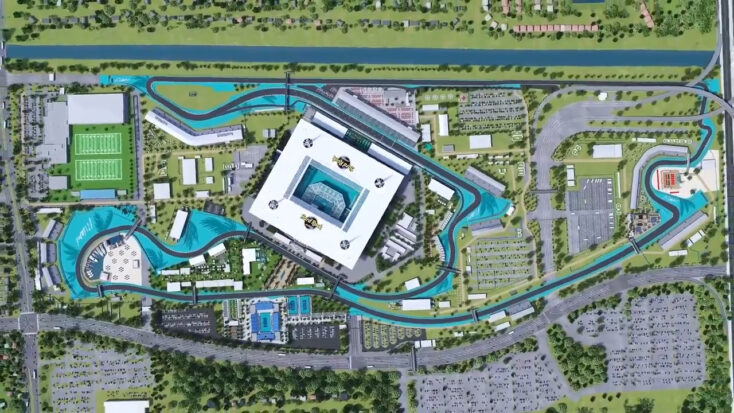 Supposing that you were a contractor, I imagine that your primary concern would be construction. When it comes to making racetracks, there are basically three phases of construction consisting of setting out, earthworks and paving. You start by setting up a series of markers which indicate a given elevation above the building level before using a profile board with a fixed height called a traveler to control the excavated levels. When you place the traveler in between markers, you can see whether or not the excavation has reached the proper level. Formula 1 has been experimenting with canted racetracks these days, but that’s another story.

The next phase of construction, earthworks, involves removing topsoil and vegetation before grading down to what’s called the formation level by means of a backhoe or bulldozer. The subgrade below the formation level has to be strong enough to support the load, so the subsoil often has to be removed and replaced with a compacted filler material known as a subbase, with consideration also being given to water drainage. The required thickness of the pavement is determined by the subgrade strength, meaning that you really need to pay attention to the subbase, regardless of whether you’re planning on using the rigid or flexible technique. While the latter has you applying layers of asphalt directly over the subgrade, the former is basically the same as the rigid technique except that you first lay down a concrete slab, something which enables a better distribution of weight. The wearing course on top is generally made from a slightly different material, making the surface of the pavement a little bit stronger than its base. Well, there you have it. The perfect racetrack. That is if you’re a contractor. 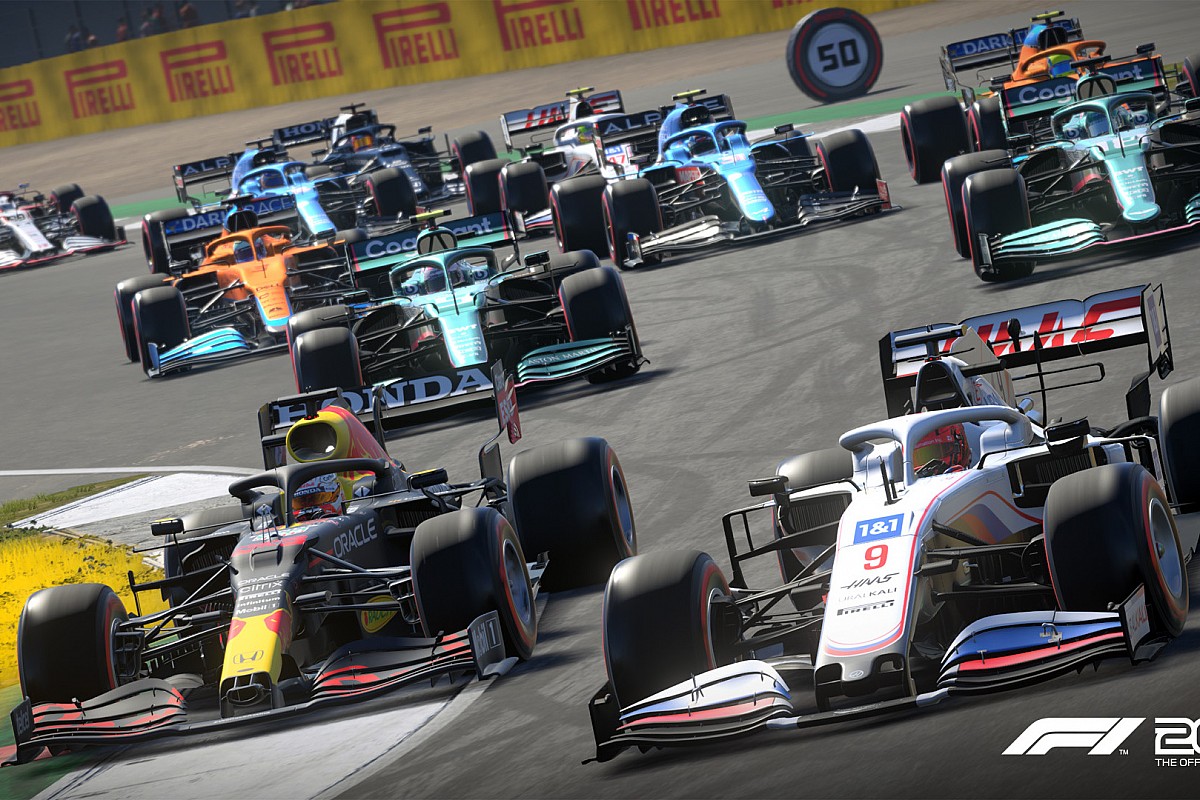 I’m going to guess that if you’re a mechanic, your primary preoccupation would be the paddock and pit lane. These can be efficiently designed and spacious, but they can also be narrow and cramped. I’m sure that you already know a thing or two about pit lanes, but these are basically for servicing and repairing the racecars. The problem is that you can have really cramped pit lanes where mechanics bump into each other all the time, sometimes even damaging car parts. Monaco provides a pretty good example of this. The facilities have been improved over the years, but mechanics used to consistently complain about congestion. The pit stops present an even bigger problem from this perspective. Since you can save a place in the driver standings by keeping as many people behind you as possible, the pressure to pull out ahead of an approaching vehicle is pretty intense, making collisions in the pit lane a fairly common occurrence. When the pit lane is narrow, there’s nowhere to swerve, so you get the occasional fender bender.

As for the paddock, this part of the racetrack is basically the space behind the pit lane where all of the garages and motorhomes owned by the various teams are found. This would be where just about everything happens when the cars aren’t actually on track. The mechanics need to have enough space to assemble the cars inside their garages in addition to various other tasks. The teams in Formula 1 can be quite large, so I imagine that having plenty of space for stuff like hospitality would be nice. We all have to eat.

The racecars can’t even get started without a mechanic, but the key players in Formula 1 are definitely the drivers. These are the real performers. There’s a lot of personal preference involved when it comes to hills and corners, but a couple of things are of common concern. I can’t for example think of too many drivers who enjoy competing on rough tracks. These can become bumpy for several different reasons, most commonly settling of the subgrade or progressive erosion of the wearing course. You tend to see this at older and more frequently used racetracks like Silverstone, a circuit which opened way back in 1947. The subgrade has probably shifted a little bit since the 1940s, but given how many vehicles have sped around Silverstone over the years, the wearing course has definitely seen better days, especially in the braking zones. The result is a bunch of rough patches. 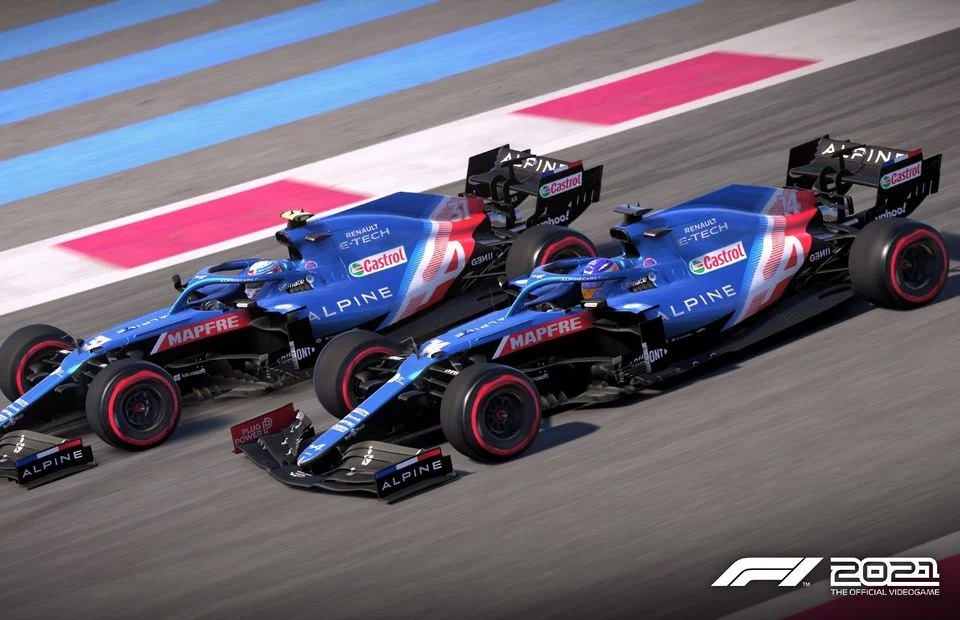 When you reach speeds of more than 200 miles per hour, something else you don’t want is bad runoff. The paved parts of a racetrack normally extend well beyond the painted lines, particularly at corners. When they approach a turn, racecars have to slow down because they’ve built up so much energy in the straight. Supposing that a vehicle has too much energy, the turning radius will increase, causing the car to make a wide turn, sometimes into the runoff. This of course allows for a certain margin of error. While newer tracks like Montreal have paved runoff, older circuits like Imola have grass or gravel, making them more punishing for drivers. Monaco by contrast features nothing but metal barriers.

As a spectator, you really want a good show, meaning that you’re looking for overtakes. These mostly take place in the straights, but everybody likes variety, so you also need some corners in there. I can’t think of too many racetracks that don’t have a couple of the sharp curves called chicanes and at least one hairpin. While there can be great passing in the corners, the straights are still where the most of the overtakes happen, though. You see, there’s a rule in Formula 1 which basically bans moving parts affecting the aerodynamics. The only exception is a feature known as the drag reduction system. This involves adjusting part of the rear wing on command as a means of increasing top speed by cutting down drag, something which of course makes overtaking much easier. The use of this feature is naturally restricted, meaning that drivers can only deploy the device when they’re within one second of the vehicle being overtaken. They also have to be on a specifically designated part of the racetrack, almost always a straight. The result is what looks like a sudden burst of speed allowing the overtaking vehicle to pull ahead. You often see defensive driving aimed at fending off this attack, but the possibility of a crash makes maintaining their position a real risk, so drivers mostly play it safe. There nonetheless have been some prodigious pileups providing plenty of excitement for spectators.

Since I normally write about architecture, what’s the deal with all of this talk about racetracks? I feel as though adopting a broader view as to what constitutes architecture can be a worthwhile endeavor. While racetracks aren’t exactly buildings, they’re definitely designed by someone, making them a type of architecture, at least in a certain respect. The same can in fact be said for a lot of things. Planes. Boats. Cars. They might not call themselves architects, but all of these and many more have an element of design to them. Similar to structures, they also have to be made by someone. The process tends to be called manufacturing instead of construction, but when you really stop to think about it, the distinction is rather meaningless. The world is filled with all sorts of architecture.

Another Meaning of the Words