When, on a cold Christmas morning, we tore through the wrapping paper of one of our gifts to reveal the bronze and gold design of Nintendo’s classic, The Legend of Zelda, it wasn’t just my brother and I who were brimming over with excitement. Our dad was too. He’d dabbled with our other games, but something about this one, this big little adventure with a tiny tan guy holding a sword and an oversized shield held some greater interest for him. Maybe it was easier to lose oneself in the wild woods and forests of Hyrule than on the rigid brick lined avenues of Super Mario Bros or the trash and pizza filled streets of Teenage Mutant Ninja Turtles. He’d grown up camping in upstate New York, and continued that tradition with us, driving the family to camp sites along the Catskills mountain range, setting up tents and building fires. He felt at home in these places, likely far more so than in the Bronx apartment where our family spent the rest of the year. Perhaps in Hyrule, which was apparently inspired by the local woodlands of its designer, Shigeru Miyamoto, he could grasp some of that same fantasy, that escape.

Whatever the reason behind the original hook, it was a lasting one, and his save file accumulated just as many hours of unlocked dungeons and solved puzzles on it as ours. We’d huddle together to work out the correct path for making it through the game’s twisting forest maze, we’d strategize over how to stuff bombs down Dodongo’s gullet, we’d gasp with shock as a stray flame or bomb might open a previously hidden path. Just as in our time spent camping together, there was joy to be found in the mutual discovery and exploration, the sense of passing down inherited knowledge, of sharing secrets and tips and ways of doing things. How to light a fire, how to find the magical red candle, how to thread a hook through a worm, how to play the whistle to stun Digdogger, and so on. We were uncovering things together, through play, rather than the obligation which ruled so much of the rest of our lives. Elsewhere he was the workhorse, the breadwinner; elsewhere we were confined within the steep walls of school, to memorize, to socialize with classmates, to steel ourselves against homework and bullies. 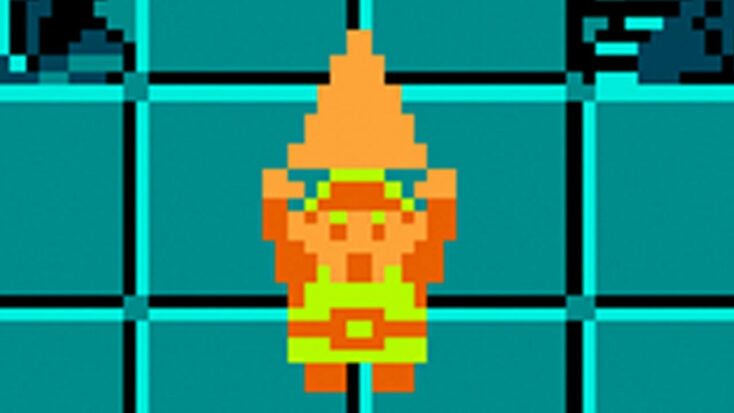 At some point his save file was accidentally deleted. And like the bits in that specific chunk of memory, his presence in Zelda, as well as the wider world of games began to fade away. He refused to start over, and when new games and new systems arrived over the ensuing years, he abstained. We never really figured out why. Maybe it was tied to his growing detachment from other areas of our lives. The family’s financial situation had become tense, he’d lost a stable job and had to start working on smaller gigs, sometimes at random hours of the day or night. Our family TV went from being a site of mutual enjoyment and playful camaraderie to a bifurcated zone: ours to enjoy during the day as long as we made scarce and left it free for him to unwind with alone at night, sat in his darkened room laughing in a sleepy stupor to shows and movies that were locked behind parental passcodes.

I never finished Zelda. Without the mutual pleasure and encouragement of figuring out and unlocking puzzles and secrets together it was hard to find the motivation to keep going at it alone. It had lost some of its magic, its cherished status as a site of familial play. Instead, it was reduced to a digital distraction, soon overshadowed by other, more effectively distracting ones. We were, all of us, growing older, and growing apart; inevitably leaving the adventures behind and learning how to live in the world alone.

The Legend of Zelda