Imagine a United States of America in which politics, yes, can be nasty at times, but more often than not politicians have an ethical core, and even the worst of them will earnestly assert things like, “Country over party.”

Also: Imagine a United States of America where our leaders are not without their faults and people get hurt, but always they try their best.

Guess what? That America exists too! In fact, “people get hurt, but always they try their best” is a paraphrase from another guilty pleasure TV show you can also stream right now on Netflix called “Madam Secretary.”

I have been living in one America during the day, but at night the past several weeks, I have nestled into my comfy Dad chair in the living room and had my passport stamped for these two other Americas, where, goshdarnit, the accidental president – Kiefer Sutherland – is actually not only competent but the perfect man for the job, and the Secretary of State – Tea Leoni – is, for all the speed bumps they toss in her way for drama, basically the perfect diplomat, wife and mother. Leoni also happens to have, with exceptions that only prove the rule, the perfect husband and perfect kids, all of whom are brilliant and in no way live lives that are plausible or at all fair to compare my own life to, but of whom I’m insanely jealous and rooting like hell for. 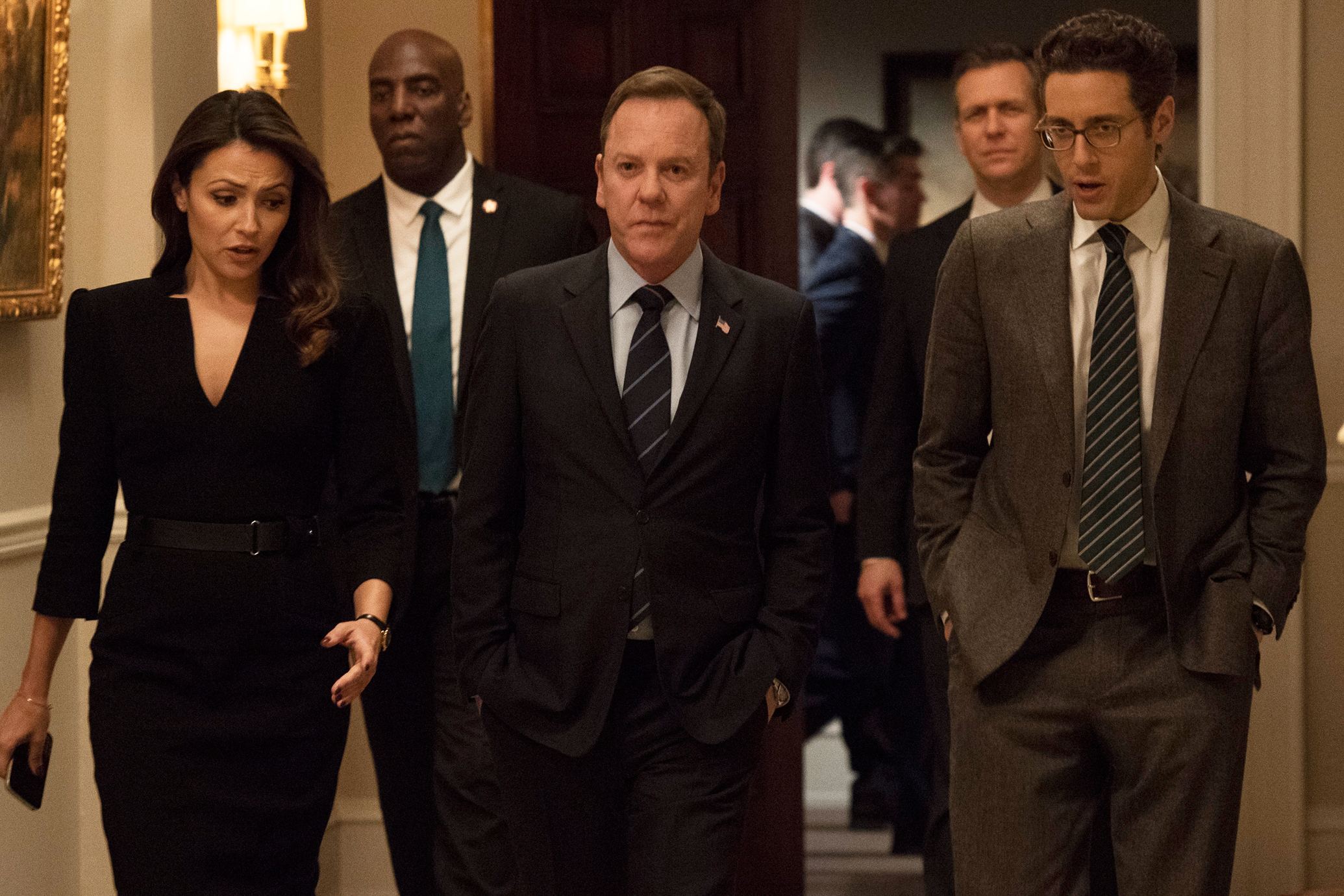 Sutherland has massive hills to climb and often stumbles. But generally, he succeeds in ways that are inspiring and completely at odds with the reality of a wonky former HUD secretary tasked with rebuilding the world’s greatest superpower after its government is completely destroyed by a bomb detonated at the Capitol during a State of the Union address. He’s an Independent who works with Republicans and Democrats to successfully find – try not to laugh – actual solutions.

There are other aspects of these shows – I’ve alluded to family drama, which occurs in both, and spycraft, which is also a shared element. In “Designated Survivor,” the star field agent, played by Maggie Q, might be the only person in the world capable of thwarting terror plots but seemingly only by risking her life again and again and again for the sake of the drama; in “Madame Secretary,” the leading spy is often her husband, played by Tim Daly, who is so maddeningly ideal I would marry him myself if the option arose.

But I digress. The bottom line is both of these shows are completely at odds with what a mere 30-second Twitter scroll might tell you about our nation in this part of the 21st Century. While there are plot points in each that are as tragic or even more so than what we typically read above the fold, they rely on people – public servants, citizens, politicians, world leaders, etc. – to be ultimately decent. To hold shared values. Beliefs. Truths.

Since I started writing this, Leoni has convinced the President in her show to also run as an Independent. And, you know what, I’m sure he’s going to win, too. Because America is beautiful – at least at night, without checking social media, as it streams on Netflix. It’s almost enough to make you proud of this country again.