PaRappa the Rapper came out for the PlayStation when I was thirteen years old. Amidst a field of racing games, Street Fighter iterations and low-poly stealth men came this totally outlandish genre-defining game fronted by a cartoon dog in baggie jeans and hi-tops. The norm in games then, and now, was violence and competition, but this was a game devoted to rap and to being fly, admittedly through the removed lens of a Japanese developer. By that measure, it wasn’t a black game – it wasn’t FUBU (For Us, By Us) – but to me it still felt like one. Prior to PaRappa, the blackest gaming experience I’d had was losing games of Madden to my uncle on the TV he’d set up at family cookouts every summer.

PaRappa came out during a challenging transition between my social spheres. By the age of thirteen, I had begun attending private school in Manhattan on a scholarship. Having spent my previous years in New York’s segregated public school system, I had to hustle to figure out exactly how to navigate the vastly more privileged and equally segregated white world of the private educational experience. One of the battlefields this played out on was music. I started middle school with my Walkman tuned to Hot97, the local hip-hop radio station, but Biggie, Naughty by Nature and De La Soul didn’t win over friends as readily as Gwen Stefani, Nirvana and Radiohead. By the time I had moved on to high school, my radio dial was locked on Z100, a station that played only pop and alt-rock. I listened to the radio every morning and late into the evenings, and eventually built up enough familiarity to meet the bar of participation; to laugh at the jokes shared during the day’s morning show segment, to sing along to that awful Jerry Maguire song.

Through music, I had found a way to fit in among my upper-crust-of-the-white-bread classmates, but I never gave up on hip-hop. I kept it close as a keepsake for the discarded parts of my identity and upbringing. Despite being inundated with white culture, I maintained a small glowing ember of self-constructed, self-maintained blackness. I knew, after all, what the word “assimilation” meant; I knew I didn’t want it to happen to me, even as it inexorably did. 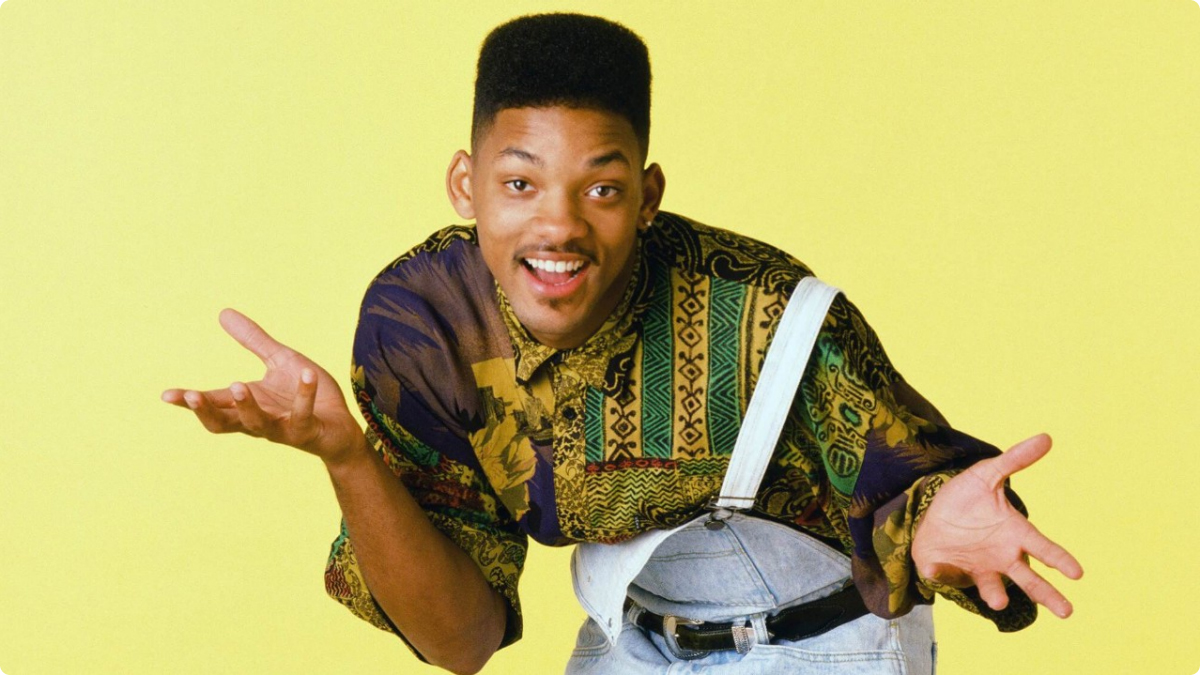 Blackness, while stemming from a real cultural bedrock, can still feel like a performance, a posture or an affect. As such, anyone can appropriate and perform it. PaRappa itself was a projection of black culture bounced back and forth between the Japanese musician Masaya Matsuura and the white American artist, Rodney Greenblatt. When asked in an interview with David Wolinsky about the cultural sensitivity of the developers, Greenblatt replied, “In Japan at the time those weren’t really big concerns of theirs.” Judging from the recent Nintendo game, Super Mario Odyssey, which casually mashes together various cultures without depth or context, the range of those concerns have not significantly expanded.

Still, a game about rapping was always bound to be linked to blackness. The MC was an invention of the South Bronx block party, after all, there to add words and commentary on top of the music of a DJ’s records. PaRappa, in turn, captured the tenuous nature of stepping in front of a crowd and attempting to spit coherent bars, even including a call-and-response hype man holding it down for the final stage. Beyond simply matching the on-screen prompts, PaRappa required players to recognize the beat, absorb it and then confidently spit it back out. This inherent energy, and its requisite nerve and hipness, made the game feel iconically black. It had the bouncing, hypereal visual clarity of The Fresh Prince’s opening credits, mixed with the goofy, off-the-wall hilarity of a Kid and Play feature.

Shades of PaRappa’s narrative conceit – rapid self-transformation in order to impress a girl in his life – found purchase in my own lived experience. Like PaRappa, I looked for lessons wherever I could find them in an attempt to better make myself into the image of what I imagined the world wanted me to be. Whether it was to impress a girl, make friends or fit into a scene, it was just a matter of wearing the right clothes, downloading the right music off Napster and matching common references with the person I wanted to impress.

This meant, however, that I was always the new kid in every venue, ever the uncomfortable tourist, snatching up the sub-culture greedily and putting it on it like armor. Rap, punk rock, ska, anime, metal, all contained deep pools of musical and visual history that I could only skim frantically, bouncing from surface to surface, never able to catch my breath and take a deeper dive. Like PaRappa taking his two-round classes, I used inroads as shortcuts and usually wound up back on the outside soon after being allowed in. 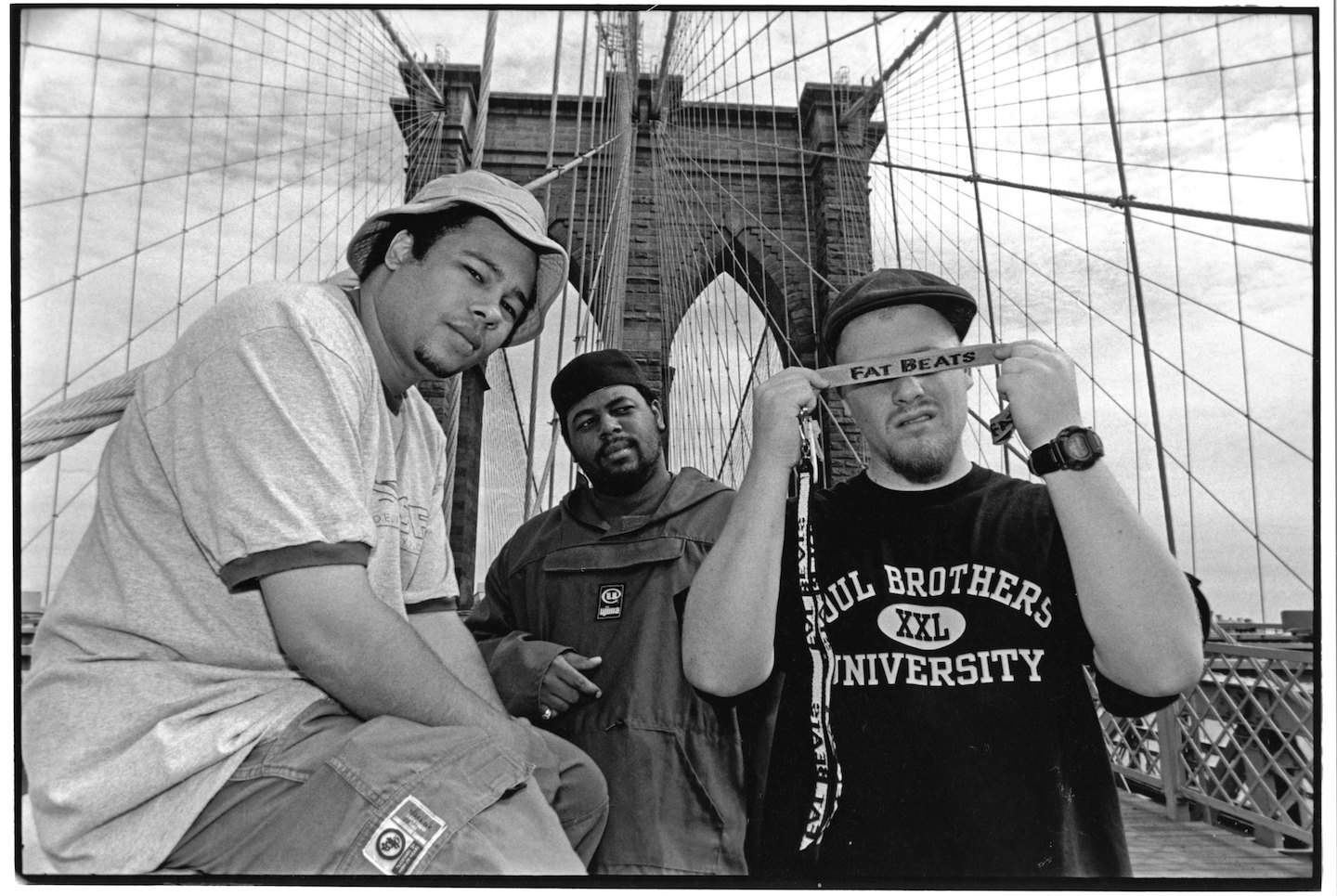 At college, I wound up hosting a hip-hop radio show for my school’s pirate station. I learned about a lot of new labels and artists thanks to having to scrounge up material for my two-hour slot. Definitive Juxx, Stones Throw and Rawkus led me to Company Flow, Aesop Rock and Cannibal Ox. Their strange, gritty take on hip-hop gave me a reverse education about the city I had grown up in. Never again would I drive down the Major Deegan without hearing aloud the lyrics “From the Throgs Neck Bridge to the Hellsgate, lyrically detonate,” rapped by El-P during his Co Flow years.

Having grown up essentially hiding and neglecting my connection to hip-hop and, in turn, my own blackness, I struggled with feelings of inauthenticity playing this music for an audience. I didn’t own it, it was brand new to me and, on top of that, most of the people showing it to me were white themselves. Still, this music was true and the emotion I got from it was legitimate. Going back to New York, listening to “Iron Galaxy” from Cannibal Ox, hearing my own uptown neighborhoods rapped about, hearing MF Doom sampling the electric transformers of approaching subway cars as I trundled my way to internships, felt like coming home; as if I was listening to music only for myself for the first time.

One of the toughest challenges I’ve had to overcome was dealing with my own inauthenticity as a black man brought up in mostly-white spaces: coming to terms with where I personally ended and where my carefully tailored exterior veneer began. In turn, PaRappa’s foreignness resonated with my own. It’s funhouse mirror reflection of American hip-hop culture recalled the contortionist performances that marked my own upbringing.

Playing PaRappa now, in its remastered form, I feel nostalgic about not only its mechanics and aesthetics but also its place in the long, weird journey I’ve taken with coming to terms with hip-hop and its implications for my own identity. Like the game itself, my influences are a latticework originating from a million different places. There’s more perfomativeness than there ever was authenticity. To enjoy the game means embracing the rootlessness of a music and a culture spun round the world and altered from its provenance so dramatically. It means accepting some of the rootlessness in myself too.