Contains spoilers for the end of Klonoa: Door to Phantomile

Language is one of mankind’s oldest technologies and the more I think about it in that sense, the more a lot of our ways of mapping ourselves onto our newer technologies makes sense as well. Like (and you knew this was coming if you follow my column) games. Both like to muck about with rules, systems and the power dynamics of systems. Games have their own form of communication and language and, in some instances, they include constructed languages, or conlangs, that are foreign to their players too. That’s not an exhaustive list, as both mediums are also very expressive in various ways and directly involve and affect us with how they convey meaning. I digress, but that digression might be a future column’s discussion.

I’ve been thinking a lot lately about communication and the building blocks of that interpersonal process: language. This rumination is inevitable as I’ve entered my fourth month of part-time tutoring English as a foreign language. I talk to a lot of people living in different places and stages of their lives. I get the opportunity to learn about their goals, both professional and personal, for wanting to speak, write and read in another language. But I also learn about how we learn about communication or anything really, as well.

For instance, did you know there’s a distinction made between learning a language and “acquiring” it? Well, I didn’t until I trained to become an EFL educator. The former term relates to how most of us gain foreign language skills in an academic setting and focuses on the grammar and pronunciation of language. The nuts and bolts or rules of language, so to speak. Acquisition, meanwhile, is about making meaning and receiving what some pedagogical literature calls “comprehensible input” from native speakers of another language.

What I’m fascinated by is that this latter term makes English sound like a commodity, but what it’s actually about is English as a natural resource. One that doesn’t get distributed as often amongst EFL students (especially young adult to adult ones) as it should. Wait. That still makes the language sound like a commodity. Ew. Okay, well, the truth is that language often is bound up in power and trade. Different languages over the course of our history have at turns been the most prevalent ones (believe it or not, there used to be more French speakers than English), and those that speak a lingua franca that holds as much political power, such as English, have a tool that’s advantageous for international communication and connection. 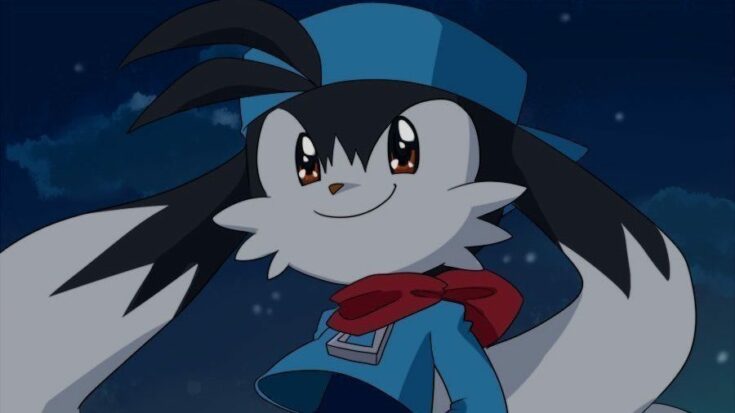 Anyway, what I want to emphasize with all the above is that when we talk about language “acquisition” we are talking about how people can access a natural resource for communication. This principle goes for non-verbal languages too, which are just as significant. Like how children learn from interacting with their parents, siblings and/or their friends on the playground or at school. This process of acquisition is a very important part of becoming fluent in any language. We need that natural comprehensible input in order to amass enough of a language to reproduce it in an intelligible manner. But there’s an interstitial stage for some of us that I’ve been finding really interesting with regards to conlangs and how they operate in games lately.

Some children, especially twins, develop a seemingly nonsensical babble of a language with each other. For non-twins, this is called idioglossia, for twins it’s cryptophasia. There’s a lot of discussion about whether or not these related forms of gibberish are considered legitimate language or simply a sign of delay in speech development. But that’s not what I’m interested in. What I’m most interested in, with regards in particular to idioglossia is how it relates to a successful conlangs that act as ambient storytelling tools in games. One game I grew up with, which I think is a good starting example, but also has been brought to the fore via this year’s crop of remasters, is Klonoa. Specifically, the first game in the series, the tragicomic Door to Phantomile.

The eponymous character’s conlang, informally known on the net as Phantomilian, is a language that’s approximating the sounds of Japanese, but is mostly gibberish. Some characters, like Klonoa’s ring spirit friend Huepow, speak in such a high pitch that the language devolves into mostly an assortment of squeaks. The game shares a similar way of dealing with conlangs as Animal Crossing’s Animalese, which Jenna Stoeber once noted was a deliberate choice by one of the series’ co-creators in order to emphasize the feeling of connecting with others via communication. Animalese differs from Phantomilian in one key aspect though, in that it’s “translated” to approximate English for the western version from its original Japanese-like babble. I have a speculative theory about why this might be the case, but the explanation requires my spoiling the ending for Door to Phantomile. If you don’t mind, or have already played Klonoa in the past, then continue on! 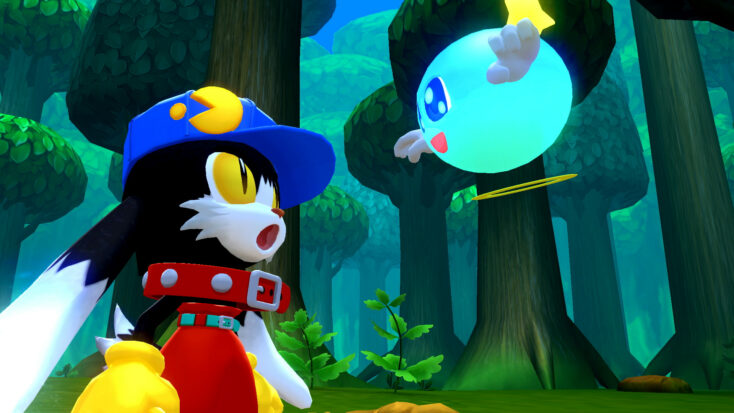 So, it’s revealed at the close of the story, after Klonoa and Huepow have gone on many adventures throughout Phantomile and even gone to the Moon Kingdom to battle Ghadius, a literal living nightmare, and his beast Nahatomb, that Klonoa’s childhood friend has lied to him about practically everything. Klonoa is not from Phantomile and Huepow programmed Klonoa’s memories so that he’d accept being brought to the land of dreams from his home world, which Huepow refers to in the last scene as Klonoa’s Phantomile. This makes me wonder, does Klonoa (or really any character in this series) speak the same language when he’s in his home world? Or is Phantomilian another signifier of his dream travelling?

Near as I can tell, everyone in both Door to Phantomile and Lunatea’s Veil speaks the same language, no matter the world Klonoa exists in. And at least as of the start of the sequel, we never see Klonoa awake in his home world. This is rather odd. While Phantomilian gives a sense of consistent world-building, in truth it’s more mystifying than anything else. Does Klonoa speak the same language while he’s awake? How did everyone in Huepow’s Phantomile know his language? Did Klonoa acquire his language from Huepow, who posed as his childhood friend and planted fake memories? Or does Huepow and everyone else who lives in a dream world speak Klonoa’s language because of dream logic?

I don’t necessarily need answers to any of these questions, but I love that conlangs make one think about such questions because whether languages are verbal or non-verbal, they make us more cognizant of how we learn or acquire communicative knowledge from each other. David J. Peterson, the creator of conlangs like Dothraki and High Valyrian for Game of Thrones, explains in his book The Art of Language Invention that there are several different types of conlangs. Each of these conlangs tries to achieve different communicative goals, from creating a secret language that a small group of friends can share, to demonstrating the logic of language, to adding some depth to a fictional world.

There is a difference Peterson notes, however, between a fictional language, like Tolkien’s many variants of elvish and a language like Phantomilian that’s not created with as strict linguistic rules. Phantomilian is most likely what’s known as an artistic language, or artlang. It resembles real language, but is present mostly as a metaphor for something in the stories it’s featured in. Some artistic languages have even been created for purely aesthetic purposes. But similar to fictional languages, artlangs are created within a specific context and are strangely closer to our languages on Earth since they contain idiosyncrasies that develop for any number of reasons throughout the history of their use.

In this way, Phantomilian is an artlang that’s akin to an idioglossia since it’s a language that is largely nonsense and is spoken in an interstitial manner – except in this instance the interstices are located between dream and reality. Perhaps Phantomilian also denotes the stage of development Klonoa’s character is at the close of Door to Phantomile. After all, he’s a child who, understandably, is bewildered by the fact that although he has walked and talked at his friend’s side for a long time is confronted with the brutal truth that his friend was using him. Even when he’s ripped unceremoniously back to his home world, he’s in denial that Huepow as he knew him was a lie. In a way, Phantomilian as it’s used in the game demonstrates a willful miscommunication or a breakdown of communication. Klonoa thought his friend spoke the same language as him, but as it turns out, Huepow was just using Phantomilian to motivate Klonoa to save the dream world.

Although perhaps it’s more complex than that. Huepow does seem almost as distraught as Klonoa as he tries to cling to his betrayed friend’s hand and cries tears of regret at losing his friend so that his world can be made anew by the rescued Lephise’s song. The two did spend enough time together throughout their adventure that they’ve likely bonded via their experiences and how they relate those experiences to each other. Yet they did this in Phantomilian, a language that doesn’t exist. Perhaps the reason this artlang, for all its silly babble, stuck with me over the years is because it perfectly reflects how ephemeral and changeable our dreams and our relationships to others can be. Or how dreams and reality are intertwined, like Huepow and Klonoa once were.

How to Take a Stand // Transpersonal Defiance in JoJo’s Bizarre Adventure: Diamond is Unbreakable