Spend enough time playing Sekiro and you’ll notice the cloud motif. This can be seen all over the place, but for the sake of simplicity, I’m just going to talk about Ashina Castle. Take a look at the metal joinery or the decorative woodwork and you’ll soon see what I mean. These are completely covered with clouds. You can also see this on some of the sliding doors and many of the hanging scrolls.

The cloud motif in Sekiro is most likely a reference to the “floating world” of the Edo period. The term describes a culture of pleasure-seeking that developed in the brothels, teahouses and gambling dens of the entertainment district known as Yoshiwara in Edo. The floating world was in many ways the product of a rising bourgeoisie and a sinking aristocracy, in the form of the merchant and samurai classes. This offered relief to the increasingly powerful merchants from the constraints of the aristocracy and escape to the increasingly impoverished samurai from their debts to the bourgeoisie. These groups of people came together to enjoy plays, painting, poetry and more. The floating world offered all sorts of services to satisfy the refined tastes of the sinking samurai and the popular culture of the rising merchants.

The floating world produced a lot of colorful characters. These were frequently found in the brothels, teahouses and gambling dens, but they also turned up in the clothing shops, food stalls and festival stands. The most interesting among them in my opinion were the tekiya, bakuto, kabukimono and oiran. These were all denizens of Yoshiwara.

The origins of the yakuza can be traced back to the tekiya. These were basically peddlers of stolen, fake or shoddy goods. They also engaged in a bit of black market scalping. While they started pretty close to the bottom of the social hierarchy, these people went on to become surprisingly respectable over time. When competition between them began producing problems, the tekiya banded together to form trade associations that managed most of their commercial activities. The idea was basically that each member would get some space for their food stall or festival stand in exchange for a small fee and a cut of the profits. They also got the protection of a bouncer. The result was that a hierarchy started to form with oyabun at the top and kobun at the bottom. This was patterned after a family relationship with senior and junior members who each have their separate responsibilities. The government came to recognize the tekiya in the later part of the Edo period at which point they became a sort of police force with the oyabun being granted a similar status to the samurai and the kobun receiving special rights and privileges. But they were always on the edge of legality. 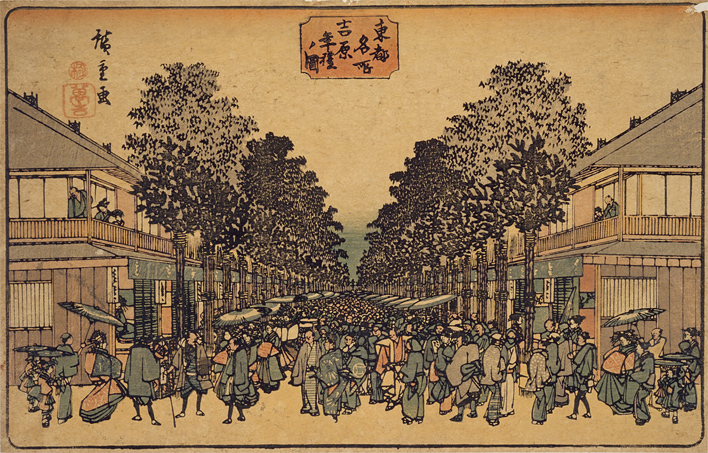 Similar to the tekiya, the origins of the yakuza can also be traced back to the bakuto. The reality is that both of them probably played a role in things. Whatever the origins of the yakuza may have been, the bakuto were a bunch of gamblers and bookies at the beginning of the Edo period, but they went on to become loan sharks and pawnbrokers over time. Since gambling was against the law, they held a lower social status than even the tekiya. While the tekiya were involved in all sorts of shady dealings, they never actually took part in any crimes, but the bakuto were below board in most of their business. They set up shop in abandoned buildings like temples and shrines or took over the back rooms of brothels and teahouses. These gambling dens became well known for their high stakes games of oichokabu. They had thugs who put the screws to deadbeats, tarnishing the already terrible reputation of the bakuto in the eyes of the common people. This would be how the yakuza got their name. The simple explanation is that oichokabu involves drawing three cards from a deck and the term yakuza refers to the worst possible hand.

While the tekiya and bakuto came from the common people, the kabukimono came from the samurai class. These were mostly bored retainers and aimless ronin who came together to form street gangs. They were known for stealing stuff, dining and dashing, running rackets and bullying innocent bystanders. The stories are probably exaggerated, but the kabukimono are said to have gone around stabbing people just to prove the sharpness of their swords. They were also known for singing, dancing and brawling in the streets after dark. While the tekiya and bakuto tried to be discrete, the kabukimono had a preference for colorful clothing with large lapels and really big belts. They also had strange haircuts that were either done up in a huge bun or allowed to grow extremely long. These people were on the fringes of society, but they were still samurai, so the kabukimono had to carry a pair of swords. These of course had elaborate pommels, grips, guards and scabbards. The government tended to tolerate the kabukimono until their hijinks really got out of hand at the end of the Edo period. But they survived on stage where their larger than life personalities could be found in the form of kabuki characters. 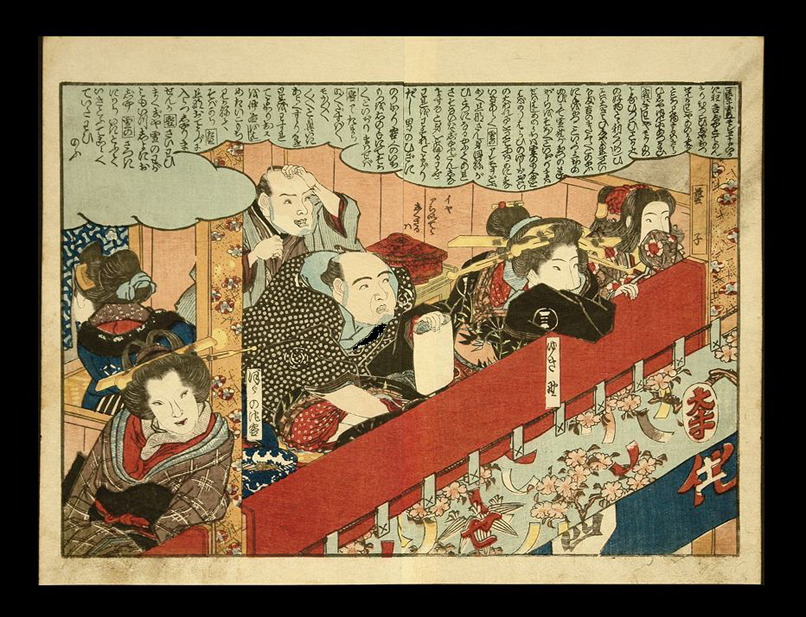 They may have engaged in sex work, but the oiran were considered to be a type entertainer. They were organized into a hierarchy of six ranks with tayu at the top and zashikimochi at the bottom. The highest ranks were able to choose their customers and the tayu almost never took part in sex work. But the oiran weren’t exactly free to manage their careers. They were normally bound by contracts which confined them to Yoshiwara for at least ten years. While they were mostly known for their singing and dancing, these people were also appreciated for their conversation. They could perform the tea ceremony, arrange flowers and produce calligraphy. They were expected to master multiple instruments and some of them even seem to have become celebrities for their musical abilities. When it comes to clothing, the oiran wore elaborate kimono that were brocaded with a variety of different floral or geometric patterns. They wore huge sandals that forced them to walk in baby steps. The oiran did up their hair into buns that were held together with combs made from gold, silver, ivory or seashell. The profession rose to prominence at the beginning of the Edo period, but slowly declined as the geisha gained in popularity.

The floating world of the Edo period finds a reflection in Sekiro. This takes the form of a cloud motif that can be seen throughout the game. I found this to be interesting because it brings the shinobi into line with the colorful characters of the floating world like the tekiya, bakuto, kabukimono and oiran. Similar to the shinobi, these were all people who lived on the margins of society.

I love writing about architecture. I really do. But we often forget about the people when we focus too closely on the buildings. The tendency is to talk about columns and corridors while forgetting that people have to live and work in these places. I think that we need to step back once in a while to think about the lives of ordinary people so that we remember who the architecture is actually supposed to be for in the first place. When I noticed the cloud motif in Sekiro, my inclination was to write about art in the Edo period, but when I got down to organizing my thoughts, I realized that something was missing. Art isn’t what made the Edo period. People did. This led me to look into the social history of Japan which of course introduced me to a whole cast of interesting characters. I wanted to shine the spotlight on a few of these people and I hope that you look into them a little bit more because they’re definitely worth getting to know.

The Silent Rot of Sekiro

Beware of Falling Blocks: The Many Attempts to Translate Tetris to the Tabletop