After I gratefully accepted David’s offer of membership to the lauded ranks of the Unwinnable magazine proper, he asked if I wanted to keep the same title as my column. Thinking on this, I realized that this title, Casting Deep Meteo, mostly served as a personal inside joke. There are probably a few like-minded weirdos who might pick up what I’m laying down here, but on my web column I let it lie without explanation, and no one ever really asked. So, in the spirit of answering unasked questions, I wanted to break into what I mean with this title as my first entry into the magazine.

“Casting Deep Meteo” is a conflation of my love of poetry and videogames. The first part is drawn from the title of poet C.D. Wright’s final book Casting Deep Shade, an in-depth and lyrical exploration of the beech tree and its relationship to humankind. It wasn’t meant to be an exhaustive, scientific work, but one that traces her personal connection to nature as a lens to focus on the various impacts this powerful and slow force has on the world and humankind, and vice versa. It’s a cap to a life of creative work that we lost too soon. Wright’s poetry hooked me hard as an undergrad, part of a wider web of other connections and inspirations that drew me towards grad school and the East coast.

Though there’s light at the end of the tunnel now, grad school was something that, as the meme goes, I will never financially recover from. It was the biggest mistake of my life that I would absolutely do over again in a heartbeat. The second I landed in New York I felt more at home than after decades in Wyoming. In my poetry MFA I quickly made friends for life, embraced a wide variety of creative avenues and worked with some of the most wonderful authors imaginable. I also spent some time teaching poetry in a couple of hospitals as well as various public schools throughout the city with a few generations of inspiring and infuriating children. I wouldn’t be where I am without these experiences, despite the burden of bad timing (thanks Great Recession of 2008) and student loan debt. 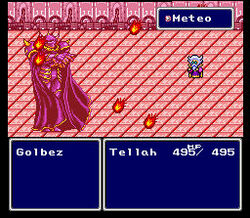 And while I was cutting that piping hot juvenilia, I re-embraced my love of buttons and screens. I came up with the classics and the weird ones, locking down Megaman X and Chrono Trigger as my personal faves, though the real turning point was Final Fantasy IV (then known in the US as II). As you might have guessed, this was where I got “meteo” from – the memory-limited English translation of the ultimate spell “meteor” that Tellah sacrificed himself to cast. I am perhaps biased by the long-time association with this broken word, but it’s a root of my own love and fascination with circuit-bent language, misheard beauty, and carries a kind of fractured reflection that feels more powerful than the mere noun it was meant to mean.

Since graduating I’ve been trying to alchemize these interests, along with music’s equally long entanglement in my life, in whatever forums would have me. Despite the failings of the leadership, Kill Screen was the first door for me into the larger re-evaluation of what videogame criticism was and could be outside of enthusiast press and adver-tainment, and led directly to me joining the ranks of the rogues gallery here at Unwinnable. From there I’ve occasionally merged my interests for such illustrious outlets as Heterotopias and Videodame, as well as my own amateur foray into Twine. These intersections are what I’m always reaching towards, because I don’t consider my interests to be siloed from each other but always in conversation. My favorite games have always drawn from the poetic sublime, and the best poetry strives towards the playful and surprising. Hopefully, when casting deep meteo, I can conjure something similar.