Take a look at some of the structures in Immortals Fenyx Rising. What stands out the most to you about these buildings? I see plenty of pillars made from sparkling marble, so I’m guessing that Immortals Fenyx Rising is meant to be set in ancient Greece. When it comes to architecture, what could possibly be more characteristic of ancient Greece than pillars made from sparkling marble? The answer to this question is actually color.

While marble was of course used in ancient Greece, the material was mostly appreciated because it was strong, so marble pillars were basically just the steel girders of their time. I can think of several exceptions like the Centre Pompidou, but steel girders are normally hidden behind another material as opposed to being left in plain sight. This tends to be drywall. I don’t think that it should come as much of a surprise for you to learn that people did pretty similar stuff in ancient Greece. They were definitely made out of marble, but the pillars of the Parthenon for example weren’t sparkling white. They were smeared with paint.

People have known about this practice of painting pillars for hundreds of years, but there’s been a strong resistance to acknowledging that structures in ancient Greece were covered with color. You would have no idea by looking at them today because whatever traces of color were left after thousands of years underground have been removed over the course of what continues to be called restoration work. The result is of course that people today associate ancient Greece with sparkling marble. You can see this all the time in games.

The developer behind Immortals Fenyx Rising, Ubisoft, knows all about such marble madness. This would be the same developer which made Assassin’s Creed: Origins and Odyssey.

While the place is definitely Egypt, the time happens to be the Hellenistic period, so Assassin’s Creed: Origins might as well be set in ancient Greece. The name of this period says it all in my personal opinion. Egypt started giving up its traditional culture at this particular point in time. In any case, you wouldn’t think that you’re supposed to be in ancient Egypt if you stroll through the streets of Alexandria in Assassin’s Creed: Origins. This part of the game world is basically just a bunch of buildings made from sparkling marble. I should give credit where credit is due, so I’ll point out that some parts of them are painted, but the fact of the matter is that most of the structures are plain to the point of parody. Take a walk around this part of the game world and you’ll come across a little bit of color on the lintels and lattices. The pillars and pilasters for the most part are sparkling white, though. Look at the Lighthouse of Alexandria for long enough and you’ll see what I mean. While the structure seems to shine at night, the building is absolutely blinding by day. 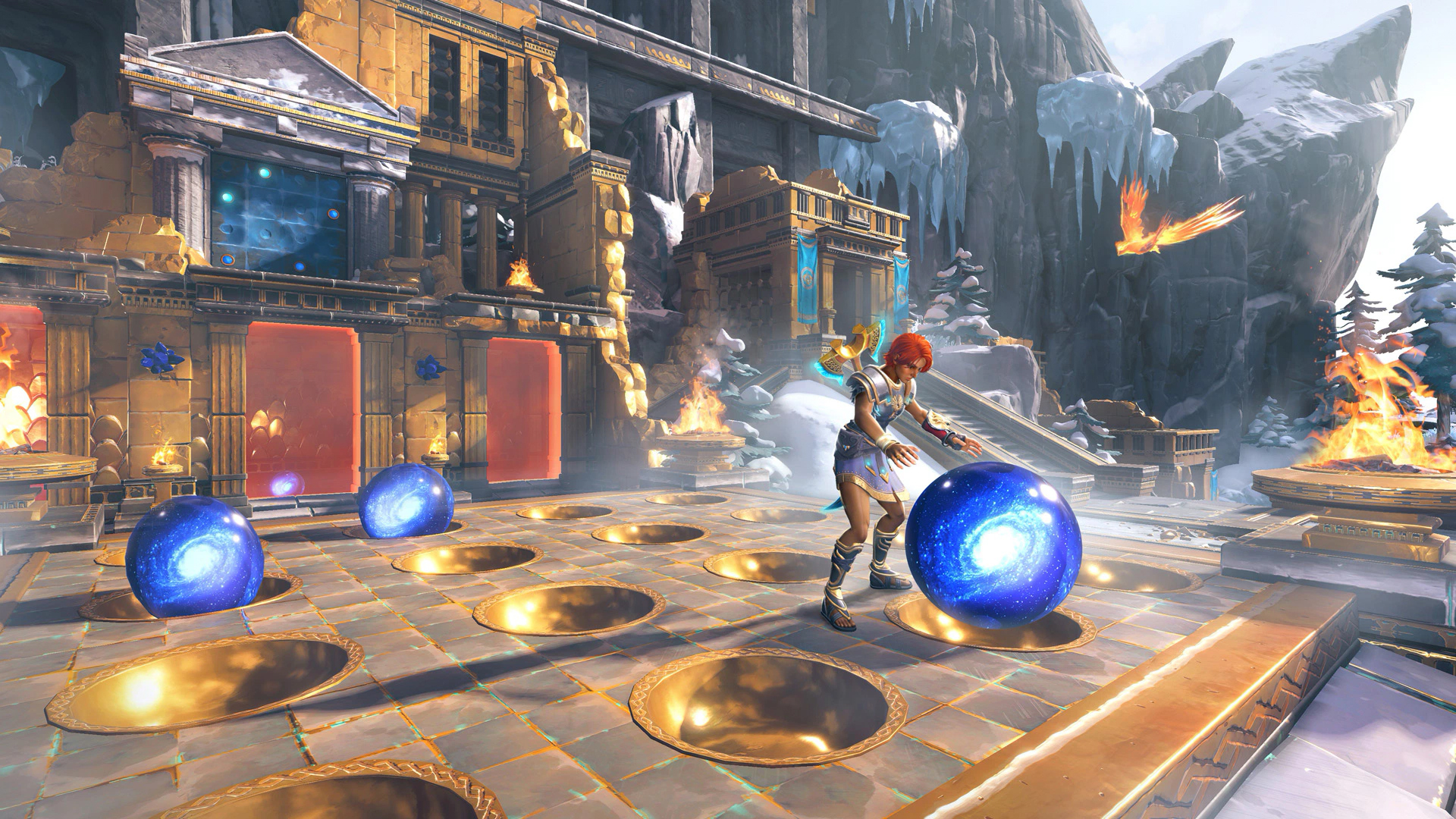 When it comes to color, the developer didn’t make waves with Assassin’s Creed: Origins, but Ubisoft made a little bit of a splash with Odyssey. Similar to Assassin’s Creed: Origins, the game is set in ancient Greece. I don’t mean Egypt, though. This time I really mean ancient Greece. Alexandria is basically just a bunch of buildings made out of sparkling marble, but Athens on the other hand is filled with structures which are covered with color. The place definitely isn’t perfect. The structures in this part of the game world should really be smeared with a lot more paint. They seem tasteful when the reality was rather tasteless. The pillars and pilasters for example are mostly sparkling white. In any case, Athens in Assassin’s Creed: Odyssey represents a step in the right direction when it comes to historical accuracy. Take some time to explore this part of the game world and you’ll come across plenty of painted marble. The statue of Athena in the Parthenon is even covered with color. You could say the same thing for the most part about the surrounding structure. The building doesn’t blind you like the Lighthouse of Alexandria.

The developer depicted some sort of reality in Assassin’s Creed: Origins and Odyssey, but Ubisoft walked things back a little bit when it came to Immortals Fenyx Rising. The structures in the game world are sparkling white. What you’re seeing in Immortals Fenyx Rising is marble madness. What exactly is the deal with this? The answer is a matter of history.

People have perceived painted marble to be an attack on their aesthetic sensibilities for hundreds of years. The idea that structures in ancient Greece could have been covered with color is pretty shocking. The place is supposed to be the birthplace of western civilization, so shouldn’t Alexandria or Athens have looked like New York or London? In my personal opinion, this gets at the heart of why the structures in Immortals Fenyx Rising are sparkling white. People have never been able to accept that most of their perspectives about ancient Greece aren’t historically accurate. When it comes to architecture, the reason for this would have to be the orientalist idea that smearing stuff with color is a part of eastern as opposed to western civilization. The problem is that if people were to accept that structures in the place were covered with color, they would have to accept that ancient Greece had more in common with Persia than Britain. The fact of the matter is that people in the place were looking east, though. They weren’t looking west. 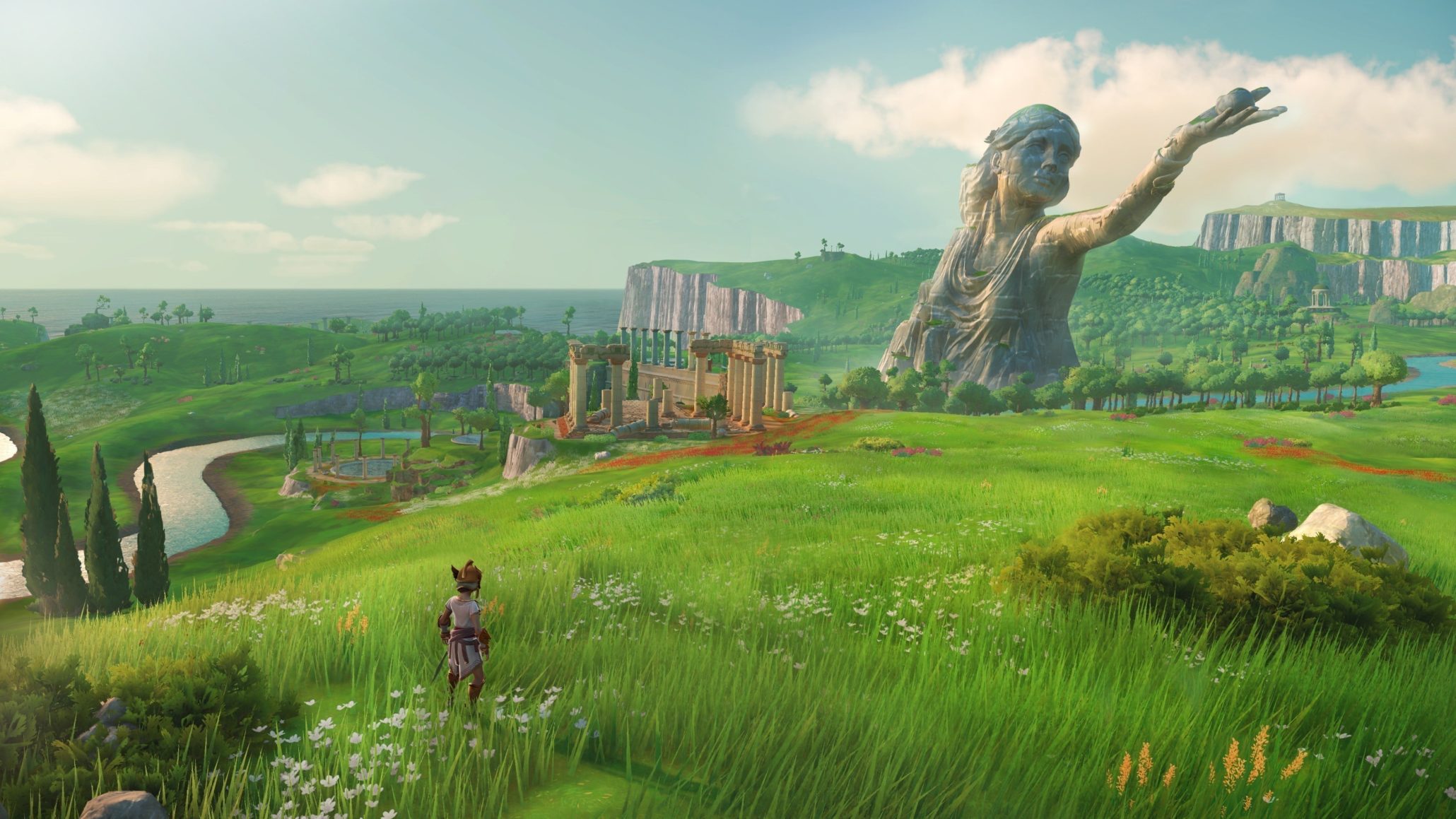