People are constantly reshaping the world around them. When they reshape structures, they do so through a process that you might call architectural improvisation. This can mean rearranging the furniture in a room, but it can also mean completely remodeling a building. The probability of significant alteration increases with time. Changed through various types of restoration and renovation, buildings tend to be reworked whenever they start showing signs of the wear and tear which necessarily comes with age. They’re often repurposed at this point. Factories are frequently converted into condominiums. Houses are sometimes turned into hotels. Stores often become offices. This kind of thing is so common that architects even have a special name for it. They call this adaptive reuse. As you might expect, this term describes how buildings are adapted and reused for what amounts to an unintended purpose. Adaptive reuse takes the form of architectural improvisation. While it might on the one hand involve changing a bedroom into a living room, this could on the other hand involve changing a palace into a museum.

There are quite a few examples of adaptive reuse through architectural improvisation in Metro Exodus. These can be found throughout the game world, but you’ll come across the best ones in the Moscow, Volga and Caspian Sea regions. 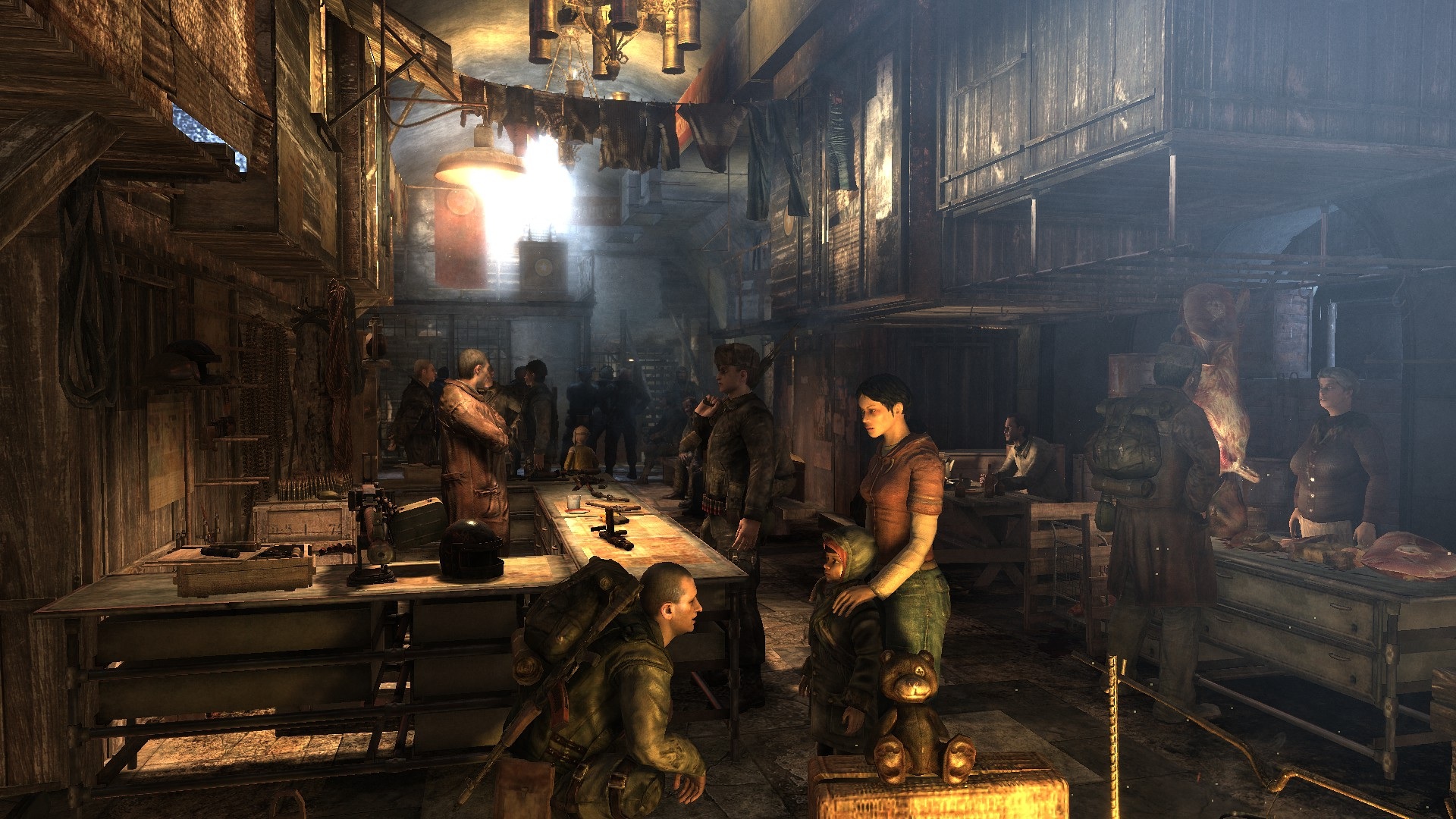 You’ll come across a great example of adaptive reuse almost right after starting the game. The first couple of minutes are spent fighting mutants in the train tunnels, but you’ll soon find yourself in a subway station called Exhibition in the region known as Moscow. Fleeing the nuclear fallout on the surface, hundreds of people are supposed to have taken up residence in Exhibition, so it’s more of an underground city than a subway station. The residents have adapted the place to suit their present circumstances. You don’t get to see a lot of Exhibition in the game, but the areas which you’re able to explore reflect these adaptations. The hospital seems to have been some kind of storage room before the current residents were forced underground by the fallout. This part of Exhibition is just a really big room with some beds and a couple of curtain walls. The doctor has found enough space in one of the corners for a desk and some shelves. The hospital can only be entered through a single door, so I doubt that it would be ideal if there were an emergency, but this former storage room seems to get the job done.

Take some time to explore the region of the game world called the Volga and you’ll find another great example of adaptive reuse. Searching for a safe place where he won’t have to worry about getting attacked by mutants, an engineer by the name of Krest has taken up residence in the cabin of an abandoned crane. In the same way as Exhibition, the structure has been adapted to suit the needs of its new resident. These adaptations are easy to spot. Pulling out most of its mechanical components, Krest has converted what used to be a crane into a rather cozy apartment. Space is at a premium, but the crane has a kitchen, bedroom, bathroom and even a small workshop. You’d never guess that it could still be used for its intended purpose, but Krest has kept some of the machinery intact, so the arm can be raised to restrict access or lowered for easy entry. Since the cabin is pretty high off the ground, you can see why this would be a desirable feature. Krest can walk up the arm whenever he wants to cook a meal, go to sleep, take a shower or clean a weapon. 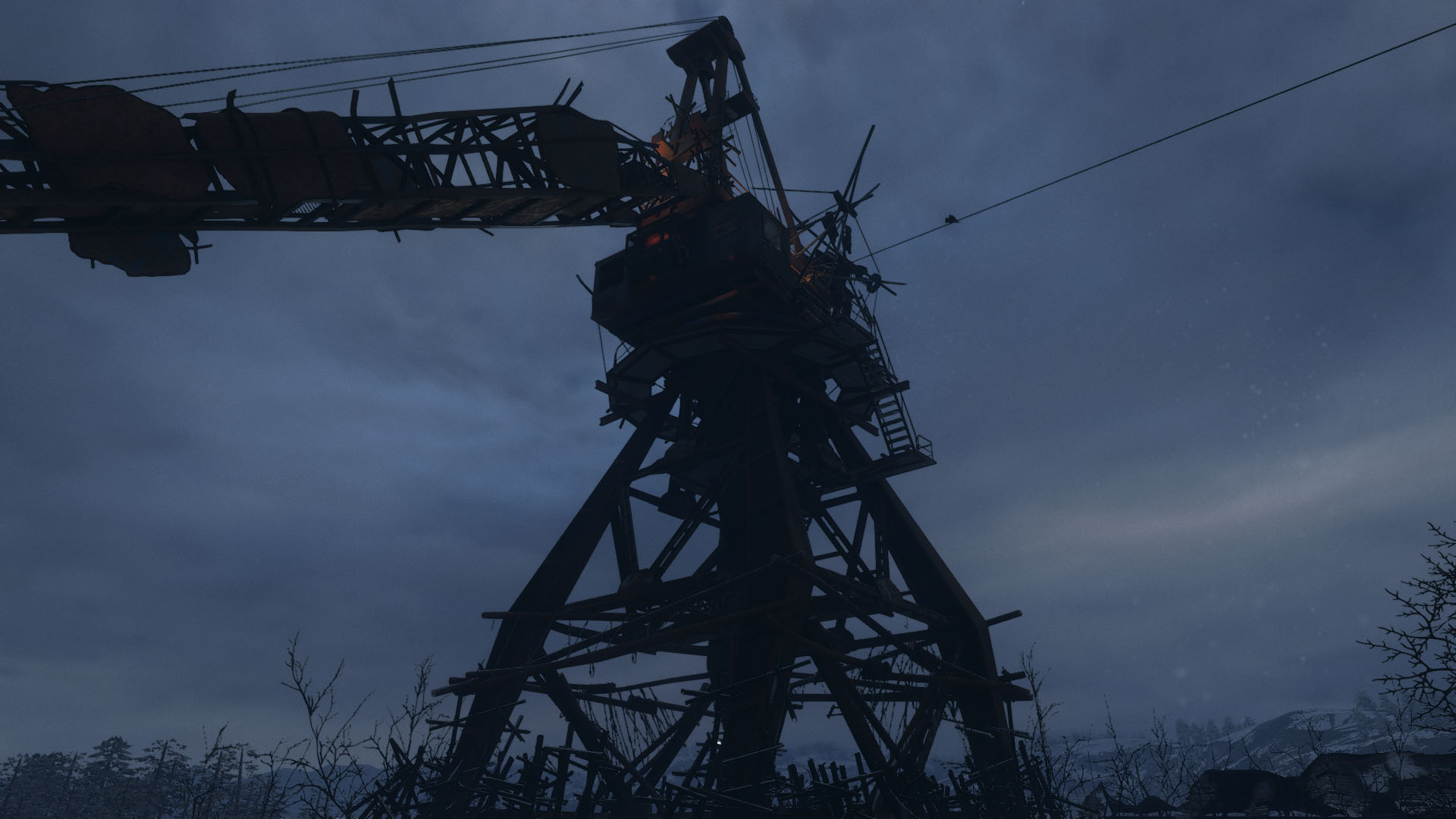 The best example of adaptive reuse in my opinion is found in the Caspian Sea region. You’ll get to explore this region towards the end of the game. Setting out in search of a sniper, you’ll soon come across an isolated lighthouse next to an oozing oil field. The structure emerges from the dunes of the surrounding desert like a mountain in a sea of sand. When she gets around to lowering the elevator which allows you to access the lighthouse, you’ll figure out that it belongs to the subject of your search. The sniper calls herself Giul. Searching for shelter from bandits, Giul seems to have turned this lighthouse into a nice hideout by replacing most of its mechanical components with creature comforts like mats, pillows and blinds. In the same way as the crane, the lighthouse has places for cooking, sleeping and bathing. Since there isn’t a lot of space in the structure, you might be surprised to learn there’s even some room which is available for storage. This feature is more important than it probably seems. Bandits are supposed to be hot on her heels, so Giul goes weeks without ever leaving her lighthouse.

There are signs of adaptive reuse through architectural improvisation all over the game world in Metro Exodus. I think the structures in the Moscow, Volga and Caspian Sea regions are the best examples, but you might have slightly different feelings on the matter. In any case, there’s one question at this point which remains to be answered. What exactly do these examples of adaptive reuse through architectural improvisation contribute to the game? 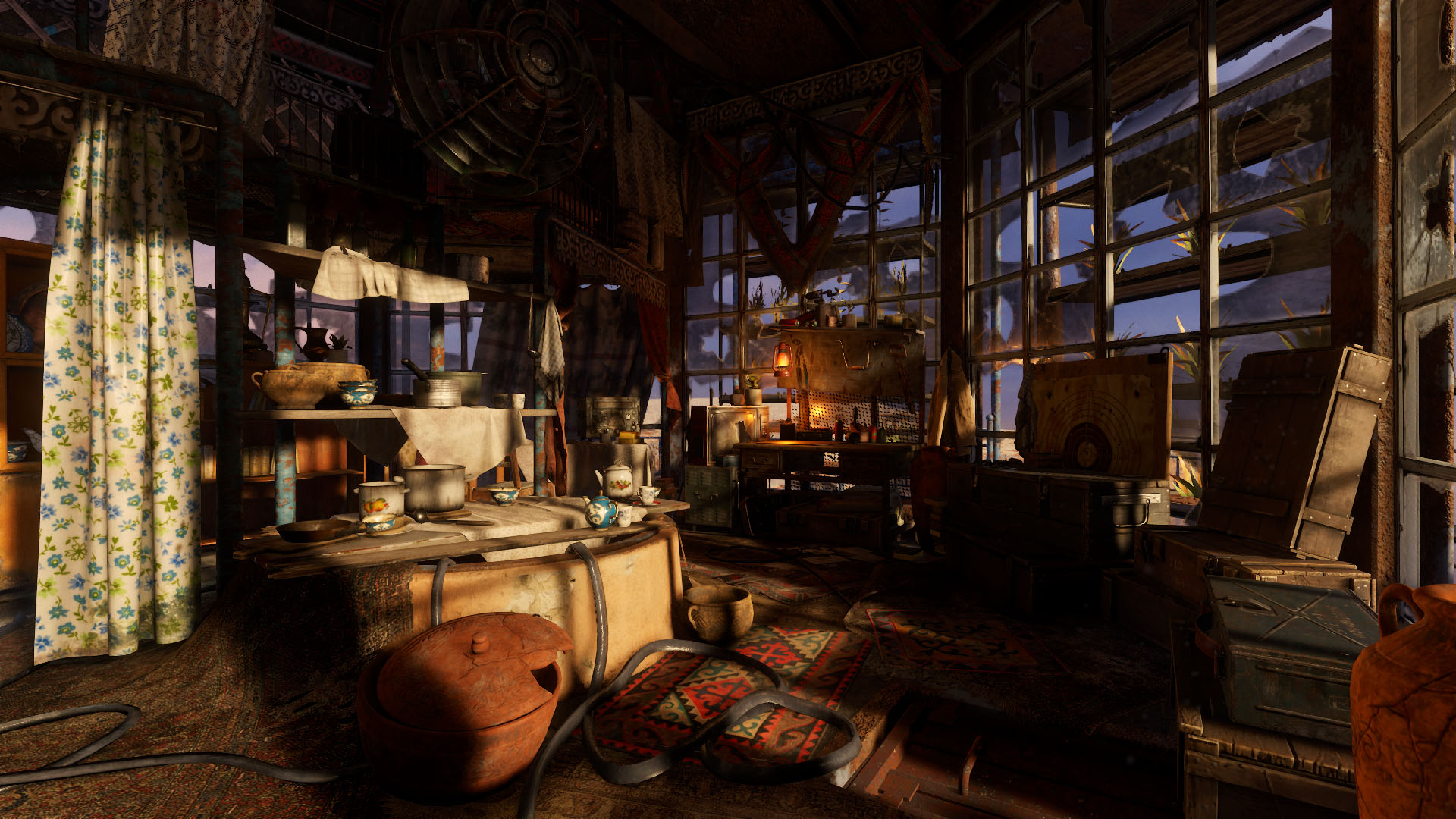 With Friends Like These: A Wasteland Verse of TrickyPixie83