In the months since the release of Star Wars: Episode IX: The Rise of Skywalker, there’s been a steady release of new information intended to explain parts of the film’s story that didn’t make it into the final cut. Some of this info has come from leaks of early script drafts (and so might not be endorsed by the filmmakers), while other details have arrived through the debut of the movie’s official novelization. The content revealed so far has included worldbuilding and backstory, character motivation and villain biography.

Many have understandably been asking why this information, if it was so important to the story, wasn’t included in the film in the first place. Another question might be: where would it have gone? Because of the way Rise of Skywalker is structured, there’s almost no room for any of the exposition needed to make its narrative feel more coherent. This isn’t unique to the latest Star Wars film, though, and is actually a consistent feature of the work of director J.J. Abrams and his peers.

Every scene in Abrams’ movies presents a new crisis – if there isn’t one at the start, there probably will be within a minute or two. Scenes in his films don’t typically begin and end in the expected sense, but sort of interrupt each other, chaining together a long series of emergencies. Everyone is always in a rush or being told they should be rushing. The intended effect is presumably 120 minutes of sheer adrenaline, a sense of total forward momentum. But this pacing means that nothing ever settles down long enough to really leave an impression. It creates a strange viewing experience in which it feels as though the audience has received an overwhelming amount of information in a very short time, while simultaneously not actually understanding any more about the world, the characters living in it or the plot. 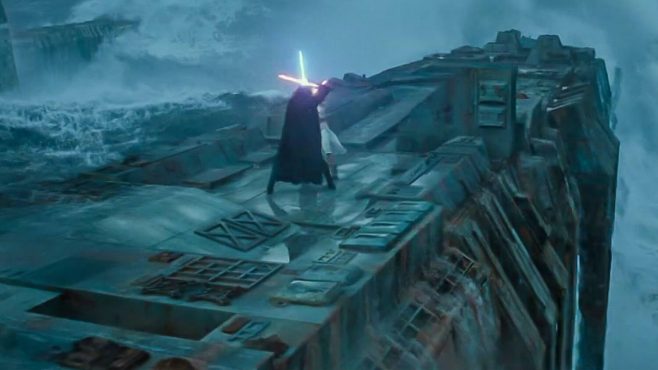 This rushed, agitated pacing becomes really apparent when viewing the sequel trilogy alongside the original. Fans and press often refer to Abrams’ first Star Wars movie, The Force Awakens, as something like a near-remake of A New Hope because of the similarities in the two film’s narratives. And it’s true that, as far as plot beats go, there are obvious parallels throughout. But A New Hope is, in comparison, a much more boring movie. There are long stretches in the first half in particular that don’t feature the breakneck action of a contemporary blockbuster. There’s a lot of expository dialog, low volume conversations, scenes without a real sense of urgency.

Not coincidentally, this is some of the most memorable and iconic stuff in the movie – it’s Luke looking out at the suns of Tatooine, Obi-Wan explaining the Force, Vader storming through hallways and meetings, the cantina band and Han Solo’s introduction. These are the moments where the audience has the opportunity to become immersed in an unfamiliar world and learn who characters are. They make up the glue that holds the movie together and gives the more exciting material the context it needs to work.

Abrams’ movies lack this kind of thing almost entirely. They move too quickly and have too many moving parts. He’s not the only blockbuster director to make movies with this issue, though – a similar problem affects many of the Marvel movies, for example. Maybe it just stands out more in the Star Wars sequels because there are such immediate and obvious points of comparison for them, and because they make frequent reference to their predecessors.

Like many movies made at a similar price point, Abrams’ Star Wars episodes seem terrified of boring their audiences at any point by not maintaining a breakneck speed for their full runtime. But most of these movies would benefit from slowing down for a while.

No Accounting for Taste – The Right Wing Batman
Previous Post

Code Orange and the New Reality