This column is a reprint from Unwinnable Monthly #106. If you like what you see, grab the magazine for less than ten dollars, or subscribe and get all future magazines for half price.

If you want to delve into the strange and complicated ways the idea of storytelling canon operates in pop culture, then Star Wars is a fine case study.

With just over four decades of films, novels, comics and toys, there’s a wealth of material without being as overwhelming as, say, the three-quarters of a century of Batman or Superman. With the Heir to the Empire novels and the Dark Empire comics in the early 90s, Star Wars was one of the early properties to play with the idea of maintaining a single ongoing story across a variety of media, but there is also the long period between 1983 and 1991 when the relatively small-scale Star Wars storytelling that took place wasn’t terribly concerned with internal consistency or continuity. Finally, there is the 2014 post-Disney acquisition intervention in which the “Expanded Universe” material was rebranded “Legends” and declared out-of-continuity, even while the vast majority of that material remains on sale alongside current in-canon media.

One of the most interesting takeaways from all of this for me is how tenuous and ad-hoc “canon” is even when it is maintained and promoted as the central element of a multi-billion dollar media empire. While the Rebels animated series is clearly an organic continuation of the Clone Wars series, both of these properties really hold only tenuous connections to even the secondary modern films. (Rogue One famously makes the Clone Wars/Rebels character Saw Gerrera an on-screen presence, but it’s functionally little more than a cameo.)

This sort of creative mish-mash can lead to interesting work like Elijah Beahm’s Exploits column on how there are at least four different versions of the Imperial Death Trooper in the current post-Legends Star Wars continuity. There’s a line in Beahm’s piece, however, about the functioning of pop culture canon that requires a bit of a quibble.

“Canon continuity,” Beahm writes, “is mutually agreed upon. Even it an IP holder says otherwise, the community holds considerable sway. That’s why everyone insists Han shot first and Vader never said ‘Noooooo!’ at the end of Return of the Jedi, even if George Lucas tried to change that.”

All media is interactive, and the ongoing process of (re)creation in the mind of the reader/viewer/listener/player is an essential element in every story. Just as code is not a game until a player presses the start button, no story truly operates without the recognition and assent of the person to whom the story is being told. Even if one’s audience is only one’s self, every story is reinvigorated in each retelling, every time it is re-read, re-watched or re-heard. We each help create the stories that we love. This is culture, but this is not canon. 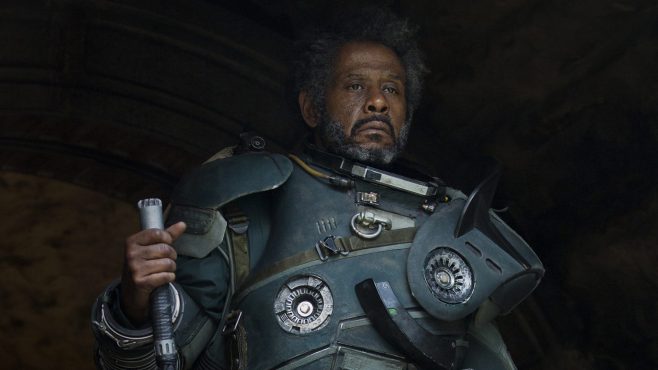 As a participant in culture, we can choose to prefer the version of Star Wars in which Han shoots Greedo from beneath the table while the Rodian describes the pleasure he expects to derive from Solo’s death. This is not the same thing as declaring the original 1977 version of the film re-labled in its 1981 theatrical re-release as A New Hope to be canon.

Canon is a declaration of authority, and as such it must come from an authoritative body. As long as the purpose of canon is to designate between the official and unofficial elements of an ongoing story, then that determination can only rest with the legal right holder for that property. Disney cannot determine which elements of Star Wars we love or which stories we retell or reimagine outside of official venues, but as long as the copyright remains in force, Disney gets to determine what elements are canon in their ongoing franchise. This is the difference between culture and intellectual property.

(I would love to propose a third category of continuity, in which an ongoing story could reach for a tenuous sort of internal consistency, but I’m not sure in the modern copyright regime whether there can be a meaningful distinction between a contingent operative continuity and the authoritative function of canon.)

And this is one of the reasons why I’m so frequently disheartened by the energy invested in fights over canon in popular culture franchises. It’s natural for the same story to exist slightly differently in each of our understandings, and insofar as the act of hashing out those differences functions as a retelling of those stories then doing so is healthy and generative. Canon too often serves to short-circuit this process, and instead of participating in culture we are left instead with an often-illusory sense of participation in the authority that informs that canon. But Disney isn’t really interested in listening to us. Disney is only capable of being interested in what will keep us buying tickets, videos, books and merchandise.

One of the great lies of capitalism is that consumption is culture. Culture is participatory. Canon is received. If we cannot distinguish between the two, then culture will never be a thing that belongs to us ever again.