When you are a kid, moving can feel like your whole world is falling apart. You’re leaving behind nearly everyone you know, every place you’re used to, every aspect of your life that feels normal. This feeling is only stronger when you are moving away for the first time. After all, when you’ve lived your whole life in one place, anywhere else can feel like a different planet.

Space Boy Volume 1 is set sometime in the future, where human technology has enabled advanced space travel, cryogenic stasis and interplanetary human civilization. Our protagonist Amy lives in a mining colony built on a material rich asteroid. She’s in her early teens, attending high school, excelling in math, science, physics, engineering and everything else useful to someone living in a mining-based society like hers.

But one day, there’s a serious accident in the mines and Amy’s father loses his company job. The family is forced to move off the colony, to the faraway planet of Earth.

Amy has never been to Earth. She’s never even seen Earth, aside from textbooks. But suddenly, she has to say goodbye to the only home she has ever known and make Earth, a vastly different, incredibly strange world, her new home. 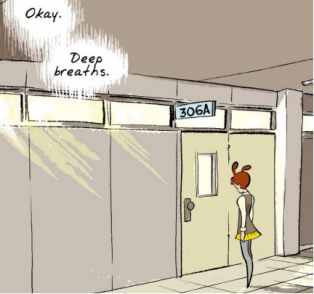 Like most kids, Amy feels like she is losing everything and Stephen McCranie’s narrative and art validate her feelings wonderfully. Amy’s honest and vulnerable narration, especially as she travels through the unfamiliar Earth, immediately amplifies her struggles moving. And, despite a few early setting changes, we are always focused on Amy’s emotional journey through this narration.

Space Boy is a sci-fi story, and McCranie uses every bit of the science in his world to make moving even more difficult for Amy. The strongest example of this is the way McCranie uses cryogenic stasis to put Amy out of her own time. To travel from her colony to Earth, Amy and her family are put into cryogenic sleep for 30 years. When Amy wakes up on Earth, nearly everything is unfamiliar to her. In her new school, Amy finds herself the new kid, the off-world kid and the tech-illiterate kid, all at once. Adding further to her ostracization are her lopsided and outdated knowledge of the curriculum, her discomfort with Earth’s gravity and her unfamiliarity with things as basic as the sky, the sea and the moon. Despite being a human teenager, she feels like an alien, a struggle relatable to anyone who has moved to a new, faraway place.

Normally, this would be the time when Amy, or you, or I, would call up old home friends. But Amy can’t bring herself to do that, either. Due to the 30 years of cryosleep, her old best friends are . . . well, old. Faced with the possibility of her old best friends having moved on and grown up without her, Amy cannot bring herself to contact them. With no new friends, no old friends and Earth itself proving baffling, it really feels like Amy has lost everything. Even if you haven’t experienced an intense move, it’s incredibly easy to sympathize and empathize with Amy’s struggle.

McCranie’s artwork certainly helps in this regard. The characters are consistently expressive, colorful and readable. I was also impressed by McCranie’s ability to depict multiple, disparate settings with consistency and stylistic unity. In this volume alone, we experience a deep space mining colony, multiple spaceships, railways, cityscapes, oceanscapes, suburbia and high school. All of these settings are unique and varied, but also feel like they belong to the same future human society. Although Space Boy was originally published as a scrolling webcomic, McCranie draws page format first, and his panels and page layout benefit from this approach. 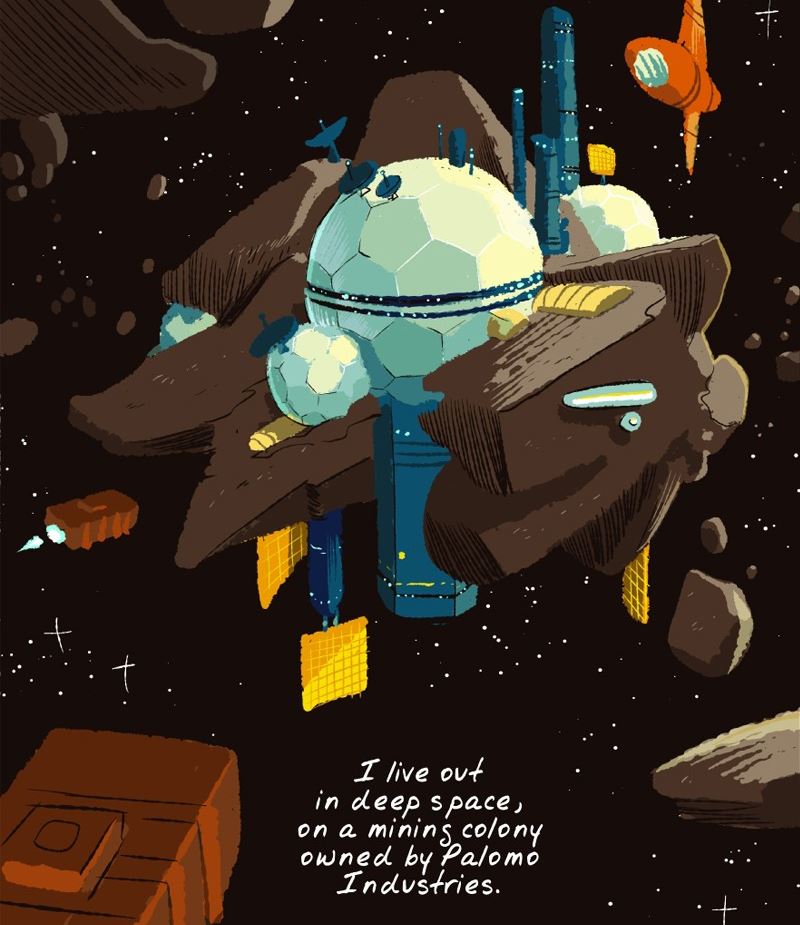 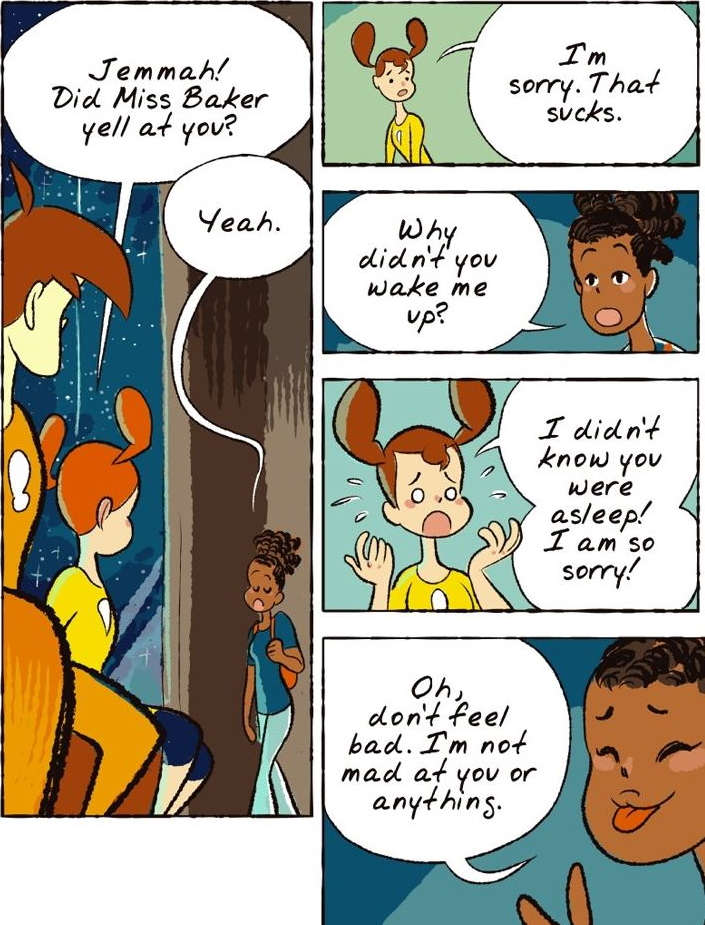 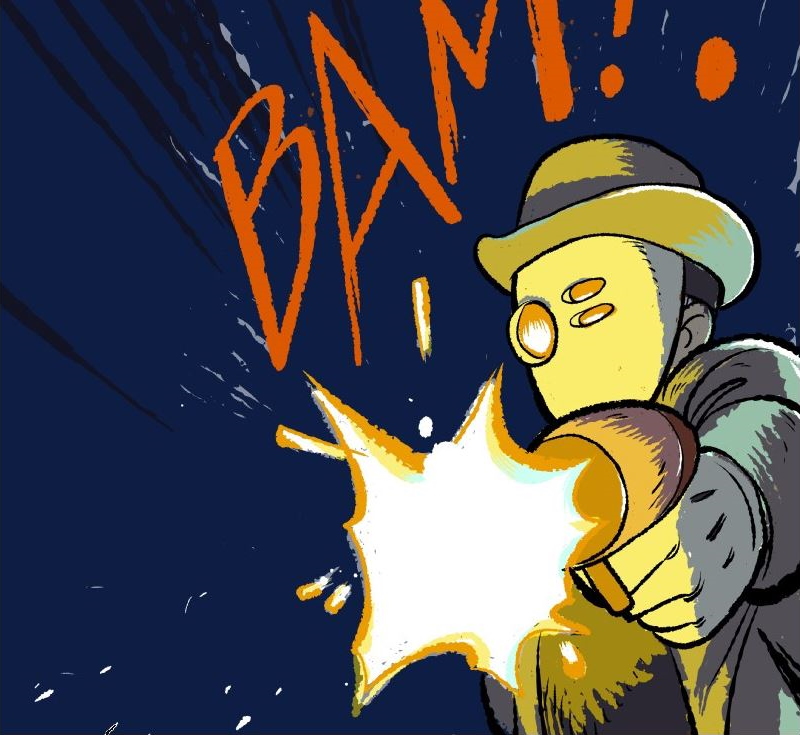 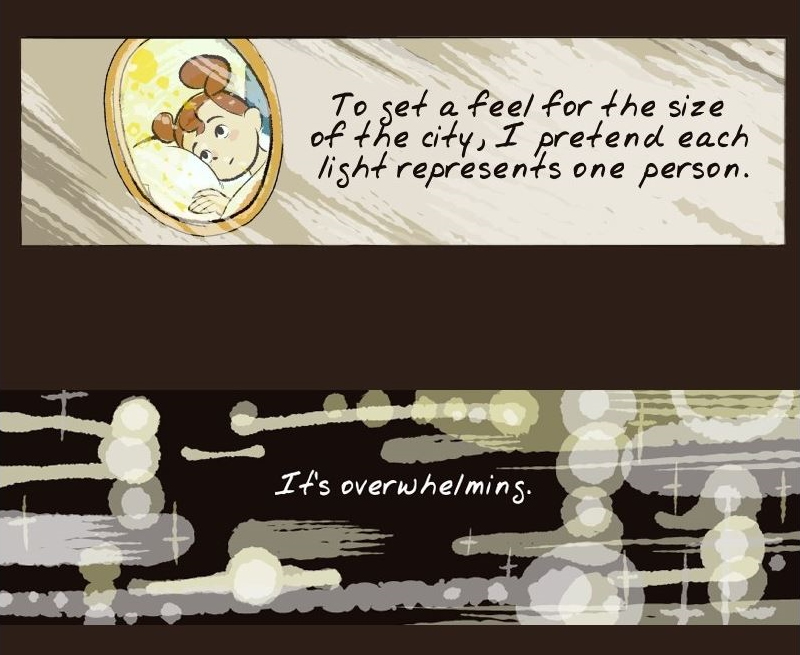 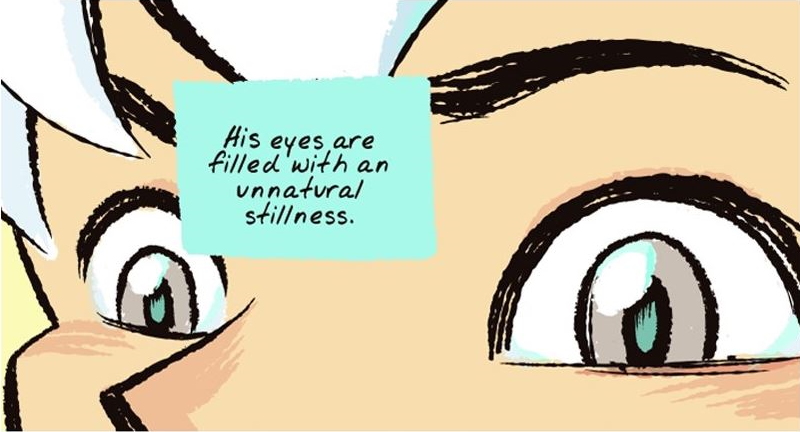 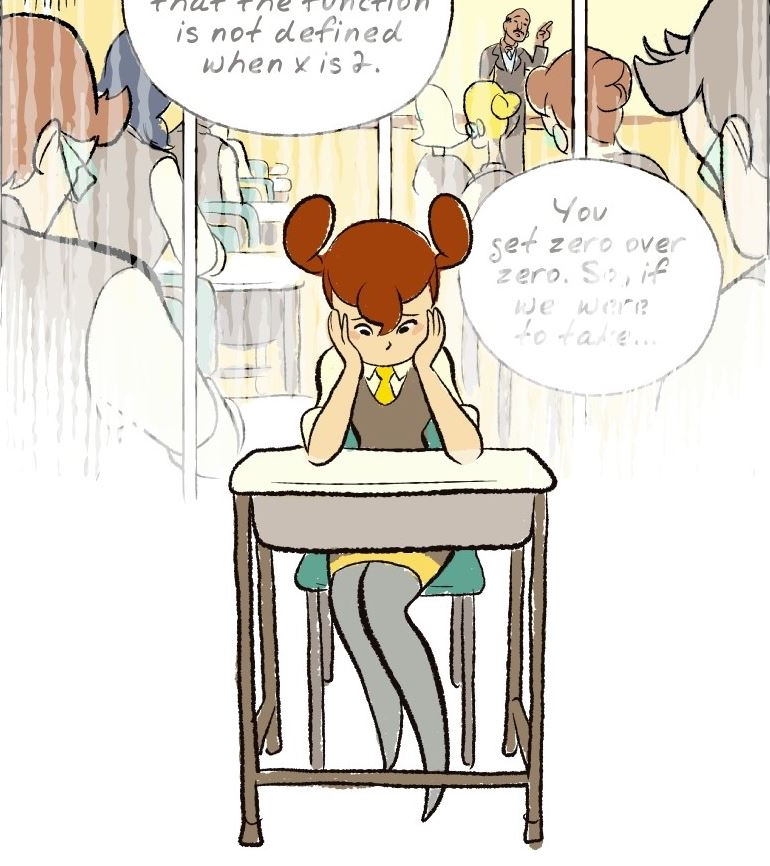 While Space Boy Volume 1 is centered squarely on Amy’s physical and emotional journey moving to Earth, there are plenty of other plot hooks introduced and left hanging for future installments. There’s the nature of the mysterious Artifact, a spaceship-like structure discovered floating near a black hole over 300 years ago, and the hundreds-years-long mission to make contact with it. There’s the sudden murder of an important archeologist, working, presumably, on that very same mission. And there’s who I assume to be the titular space boy, an aloof, white-haired boy in Amy’s class who appears emotionless and has yet to say a word as of this volume.

I’m excited to read more Space Boy. With its sixth volume being released on March 10th, and over 200 “episodes” available to read on Webtoons, McCranie’s story looks like a long, emotional, fulfilling voyage worth embarking on.

Also available for free via Webtoons.