This column is reprinted from Unwinnable Monthly #119. If you like what you see, grab the magazine for less than ten dollars, or subscribe and get all future magazines for half price.

I spent the past summer at a writing residency in Orlando, Florida – the Jack Kerouac Writers in Residence Project – in which I spent three months living alone in the house where Kerouac wrote The Dharma Bums. I took a sabbatical from consoles, as well as this column, to focus on a longer writing project. This level of discipline worked for June and most of July. But then, the need to explore a new environment while sitting comfortably in a chair – and not in 97-degree heat – overwhelmed me. The need to do something with my time other than ruminate on my own work. The need to unlock achievements or fill progress bars or accomplish something with concrete measures of progress (unlike, say, a novel draft you keep ripping up and rewriting). I tested a few games on Steam and a few mobile sims, but nothing satisfied this particular itch until I stumbled on Grim Soul.

Grim Soul is a dark fantasy survival game in which you have been exiled to “The Plaguelands,” a shadowy waste with a crepuscular color palette and unfortunate zombie plague. A review on Android Guys described the game’s graphics as “too dark, drab and foggy to see much of anything at all . . . grays, browns, and blacks, with barely any color to speak of.” This appealed to me more than anything. The Exile’s aesthetic is not particularly goth: my character (who I styled as a pasty woman with a Louise Brooks bob) tends to run around in a threadbare tunic and “ragged pants,” because crafting high-level armor is hard without in-app purchases. But her wardrobe doesn’t need to be goth, because the game itself is goth. Not that I need to tell you that – it’s called Grim Soul, after all. 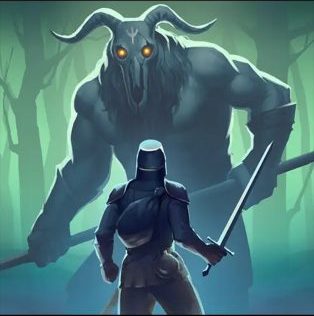 The gameplay is also pretty lonely. Unless you run into another player (or bot), you’re the only sane human around. Occasionally, you receive missives via raven (the most goth form of direct message) from far-off humans offering advice.

Being so far from home, it felt appropriate to be playing as an exile. Although I was quite happy at my residency – and made some very cool, interesting friends in the Orlando literary community – it still felt appropriate to be playing as an exile. Despite the pleasures of having dedicated time to write, I was distant from my familiar communities and creature comforts. On my Instagram feed, people in New York lived their lives as per usual, while I wistfully poured another glass of wine to drink alone while obsessing over a sentence I’d already rewritten twenty-six times.

What I’m saying is, being exiled to the Plaguelands in Grim Soul and receiving messages via raven is kind of like having a nice residence in Florida and getting Instagram DMs. Right?

For me, the main problem with Grim Soul was not the loneliness, but the difficulty of progressing without giving in to the siren call of micro-transactions. Although my expenses were covered at this residency, I had no income, so I was careful with my budget. But on some lonely nights, I, like, really wanted a better weapon in Grim Soul? Immediately? 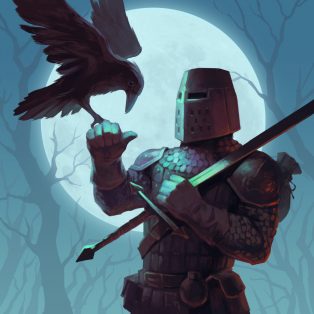 Reader, I did not calculate my total Grim Soul expenditures until writing this column. I knew I had spent more than I usually allow myself on any game with in-app purchases, but was unwilling to investigate further – because I wanted to keep playing, guilt-free, and living in a parallel fantasy world that it would be okay to spend more money on the game if I “needed” to.

My total expenditures tally $28.20, with tax, mostly spent during the month of August (my final month in isolation). This is by no means a ridiculous amount of money (about four iced almond milk lattes in Brooklyn, or seven in Orlando), but considering the number of micro-transactions I made to reach that amount . . . well. As someone who’s usually quite careful about mild addictions turning into expenditures, I did not feel great about my choices.

But now that I’m home, hanging out with my cat and writing my column, I have a little more perspective about why my Exile companion and I made those choices. We were lonely. She in her Plaguelands stronghold, fortified against wolves with spiked traps crafted from wood she harvested herself. Me in my historic Orlando house, fortified by a strong A/C unit and a National Historical Marker in the lawn. Sometimes, during periods of isolation, we must forgive our lonelier choices.