This column is a reprint from Unwinnable Monthly #93. If you like what you see, grab the magazine for less than ten dollars, or subscribe and get all future magazines for half price.

Recently, the Guardian ran a story discussing recent horror movies, like It Comes at Night and A Ghost Story, and suggested their existential scares justified the creation of an entirely new genre, which the author called post-horror (you’ll have to Google it, I won’t link to dreck). There are plenty of things wrong with the article, but the one that got my sabbatic goat was the notion that these movies are somehow not part of the many splendored continuum of the horror genre.

“This is the stuff,” he essentially says. “This isn’t some freak in a mask slaughtering co-eds, that’s for plebes. This is the real deal.”

Art – high and low – exists on a spectrum, as opposed to countless yes/no binaries. Genres expand, slipstreams form. Are dark folk, stoner rock, occult rock and heavy psych all metal? Sure! Why not? Are Cormac McCarthy and Toni Morrison horror authors? Who am I to say no? 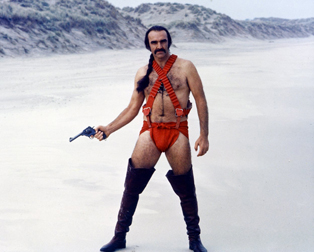 The criteria of merit when experiencing culture isn’t about rules. It isn’t even about quality. If it was, I wouldn’t have watched Ice Pirates like a million times. The question you should ask yourself is: “Do I like it?” If the answer is yes, well hot damn, that’s awesome, I’m stoked that your love of Zardoz is so strong. If the answer is no, move along and hope the sight of Sean Connery’s costume isn’t burned into your retinas forever.

If it sounds like I am making light of this, you’re right. There is so little at stake when worrying about what movies or books other people enjoy, I can scarcely believe the topic still comes up. And yet.

“Do I like it?” The more you say yes to, the richer your experience and the broader your perspective. If you ask more questions of culture, the narrower the aperture you see the world through is going to be.

There’s nothing inherently wrong with a narrow view. Feminist criticism necessarily limits itself to the experiences of women. In doing so, Laura Mulvey discovered the male gaze – the idea that the camera itself exerted the power and objectification of heterosexual men over women in film – and eventually led to the discovery of many other socio-political gazes present in art.

Broad or narrow, these lenses are things we choose to look through. There are no rules that say we have to use them and no penalties for ignoring them. You can even change your mind down the road, deciding you no longer like a thing you used to love. But what you can’t do is claim that, because you like a thing, it becomes somehow rarified, attaining the status of high art (in no small part because high art doesn’t really exist – all that matters is if you like a thing, remember?).

Take Lost, for example. I obsessed over that show until the very last episode. The closing minutes of the series finale did such a disservice to everything that came before that I instantly stopped caring. I haven’t thought about Lost in any meaningful way since. Yet, despite the sins I think showrunner Damon Lindelof committed, I am curious about how his recent show, The Leftovers, turned out. 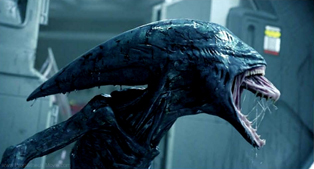 Regardless of how I feel about Lindelof and Lost, my opinion has no bearing on what you think. You loved Prometheus? Great. I hated it. The sun is still going to rise. Further: even though we disagree on Prometheus, we can still both love Alien. Perhaps most importantly, our love and hate confers no intrinsic value to the objects of our emotions. They continue to exist, oblivious to our passion.

Where things get dodgy is if I were to claim that, because I do not like Prometheus, that somehow makes it not:

That, because of its newness, or because of Lindelof’s role as writer, or because Noomi Rapace doesn’t kick as much ass as Sigourney Weaver, or because the alien had a pointy head, that it is not a legitimate entry into the annals of whatever canon I am protecting the integrity of. I do not like it, therefor it is damned to an eternity in the schlock pits, where no one will ever take it seriously.

When folks use words like real, true, orthodox, genuine and authentic in their criticism, they are perverting their meaning. No movie or book or game or viewpoint or philosophy can be more correct than another. Those who claim otherwise are seeking power and control that no one should have. 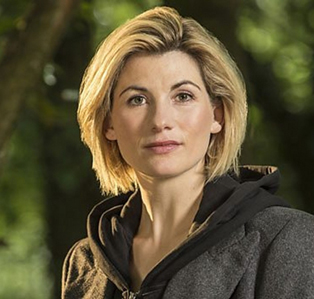 Dear Esther isn’t a real videogame. Why? Because all you do is walk around and think about feelings.

Ghost is false metal. Why? They’re all gimmick, he sings like a girl and they aren’t heavy enough.

James Bond can’t be black. Why? Because he’s white, the author said so.

Only a man can play Doctor Who. Why? Because he’s always been a man.

There’s dozens more and they all come from a deeply selfish place: I experienced something this way and that means it is the only way to experience it. Because I read it, or watched it, or played, I now own it forever.

Worse, that’s not all they’re saying. They’re also saying that you, due to your wrongheaded opinions and bad taste, are not worthy of whatever lies behind the gate they’re keeping. You like Prometheus? I guess that means you don’t know anything about science fiction, Ridley Scott or aliens then. Scram. Go like whatever normal people like, because you’re not allowed to like this thing that makes me feel special and superior to you. Because I know. Because I’m more real than you. You imposter. You fake.

I write so that you can read. Artists paint so we can see. Musicians compose so we can hear. Creativity is an act of sharing and, once finished, no one, not even the creator, can claim to own the result.

Like the assassins say: “Nothing is true; everything is permitted.” 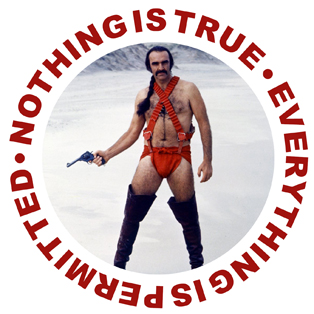 Note: This is not a new argument from me; I have made it many times verbally among friends. I thought I had written about it previously, but in going through my previous essays, I can’t find a match. Which is not to say it doesn’t exist, but just that I cannot find it. If I did indeed plagiarize myself, I apologize (and would love it if you sent me a link to the original story).