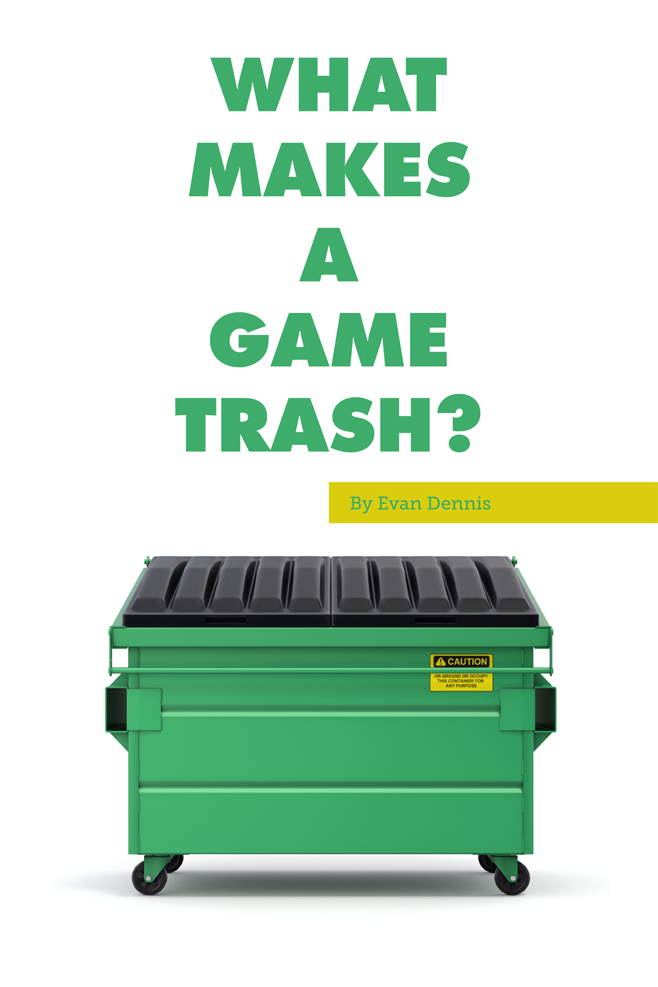 What is trash? When I say “trash,” I don’t mean “terrible.” Instead, I’m using what the term “trash” has come to mean in recent years concerning media, such as movies, games and especially television. Stuff that isn’t what most people would call good, but is still enjoyable on a certain level. “Guilty pleasure,” “problematic fave,” “so bad it’s good;” all descriptions of a phenomena that somehow earlier this year lead to a series of discussion about trashy games, the most notable of which was focused on the reception of this year’s Devil May Cry 5 and extended to the Borderlands series and the Mortal Kombat franchise. While I am more than open to hearing what people’s tastes in games are like, the three aforementioned cases didn’t sit right with me for various reasons, with the key aspect being that while it’s relatively easy for a game to fall into being trashy, it takes a bit of lucky circumstance for a game to be fully trash.

Spotty writing, half-assed direction, production values and set design that looks like it was made on a small budget, and/or acting that chews on said set design; it doesn’t take a lot for a movie or TV show to be trash. But the same can’t be said for games because, not only do games include those design aspects, they also incorporate another completely different element: gameplay itself. “Trash gameplay” is a bit hard to quantify because, well, when was the last time you enjoyed bad gameplay? It’s a bit like saying you enjoyed a car that broke down every five miles; any sane person would eventually get tired of dealing with the continuous hassle, put it down and move on. It’s not uncommon for games with great writing and storytelling to be let down by gameplay that alienates players so much so that they end up becoming cult classics (like Demons Souls) or forgotten gems (like Enslaved: Odyssey to the West). However, I will say that gameplay, even when it’s not good, can be enjoyable, in the same way a person would enjoy junk food, or even sub-optimal vehicles like American muscle cars. Consumers know that there’s better stuff out there, but every now and then they do find themselves wanting a bag of chips, a Dodge Challenger or whatever this year’s Call of Duty is, because these products still somehow make you feel good. A bag of chips still tastes good, the Challenger does have a certain retro charm to it and the gameplay of 2019’s Call of Duty might be indistinguishable from an entry that that was released in the previous decade, but it’s still decent to play. Like eating and driving, the direct enjoyment from gameplay doesn’t come from thinking about it like you would with most other media, but through active, tactile engagement. 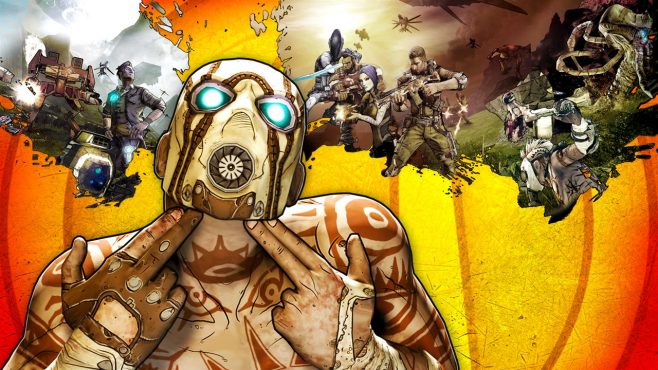 For the three games mentioned earlier, it was this aspect that made me pause when people wanted to declare them trash, because the gameplay itself was well designed and clearly had a lot of thought, care and effort put into it. DMC5’s fast-paced and engaging hack-and-slash melee combat is not only a return to form for the series, but has three completely different fighting styles across its three playable characters, making its bombastic gameplay fitting for its anime-inspired plot. Borderlands, despite having rather basic first-person shooter mechanics that feel very similar to early Halo titles, still remains one of the very few AAA looter-shooters that has stood the test of time, thanks in large part to its unique visual design and its simple but surprisingly robust game design. As for Mortal Kombat 11, not only does it have some of the best fighting game mechanics of this console generation (albeit with the series’s trademark, cartoonish fatalities), but it’s made by NetherRealm Studios, who have some of the best storytellers in the AAA gaming industry. Indeed, all of these titles do have writing that ranges from self-aware to cringe-worthy at times, but they nevertheless all have undeniably good, and at times great, game design.

Evan Dennis is an aspiring writer residing in Portland, Oregon. Outside of games, he also likes experiencing, writing and generally talking about movies, television, comics and anime. You can find him on Twitter @Dennis_wglasses and you can follow his sparsely updated blog Work(ing Title) In Progress.

I, Murderspy – An Excerpt from Unwinnable Monthly 96