Every month, Unwinnable Monthly presents Variation, a section dedicated to off-theme stories and lengthy column. This month, we have thoughts on the Street Fighter movie, the Path of the Dragon from Dark Souls, Undertale, LISA, Retro Invasion on tap. 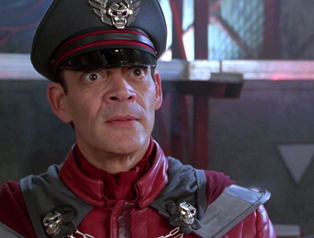 Street Fighter is a 1994 attempt to fictionalize the adventures of the characters in a videogame series that was held together by different men and women with an impossible number of muscles punching each other to death. This film also specifically notes that it is an adaptation of Street Fighter II which seems like a meaningless, legal note, since there is no more or less plot in the second game as opposed to the first. This film hits theaters after the Bob Hoskin’s Super Mario Brothers movie but before Paul W. S. Anderson would sort of crack the game adaptation the next year with Mortal Kombat: The Movie.

To this end, Street Fighter sets itself in a fictional country of Shadaloo City. Yes, the country is also a city, like The Vatican I suppose? An evil warlord has taken over, using drug money to fund futuristic weapons, and is now murdering volunteers from the faux U.N. group, the Allied Nations. There are hostages and ticking clocks for various end-of-world situations, but more importantly, this marks the first time a drug dealer has had enough money to make future weapons available to his insane army. It’s a logic point that makes me wish Breaking Bad could have eventually tied-in Star Wars blasters and maybe a Rocketeer of some sort. 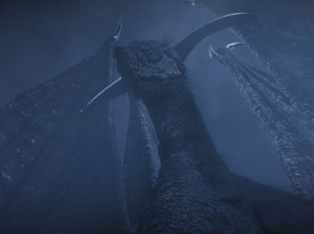 “My Inner Scales,” by Ario Elami
Ario Elami finds an intriguing role-playing opportunity in Dark Souls‘ Path of the Dragon.

The Legend of Zelda: Ocarina of Time was where I first felt some deeper – and, at the time, unexplainable – connection to a character when the protagonist, Link, was sent into a magical slumber and awoke as an androgynous teenager. Somehow, it was exciting to be a beautiful young man. This carried over to an interest in the Castlevania series’ latter protagonists who were, nearly without exception, men with long eyelashes, placid lips and cascading hair. Each recalled Donatello’s statue of David, who cocks a hip to one side and holds a sword half the length (and maybe half the weight) of his lithe body. This was a bit hard to appreciate in most of the actual games, since the characters were reduced to bunches of pixels, so most of the appreciating was done through Ayami Kojima’s manga-meets-baroque official art.

Dark Souls was where I found a virtual space to consciously roleplay on a deeply fulfilling level. It drew out a part of myself that I didn’t know existed, like Ocarina of Time and those Castlevania titles, but it did so at an opportune point – when I was connecting to a wider range of people while discovering more of myself – and offered both an obsession-inducing world and a dramatically secret, alternative and weird way of fitting into that world. 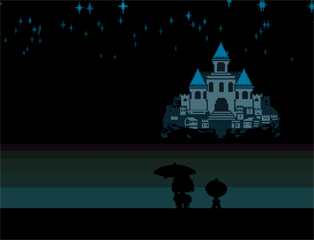 “Two Painful RPGs,” by Steven Wright
Two recent indie RPGs, Undertale and LISA: The Painful RPG, take inspiration from the classic Earthbound, but only one is a critically lauded success. Why?

It is important not to overstate the splash that [Undertale] made with its impromptu dive into deeper waters than Fox intended. While some games writers seem blissfully unaware of its existence, the game’s all-important Steam user review quotient sits at an indeed “overwhelming” 97% positive, a number that represents the rarest of all gaming phenomena: a clear consensus.

Here stands Undertale, a game for which all the stars aligned. The professionals love it; all the disparate strands of “gamer” love it; and I love it. It’s feel-good fun for everyone. Success and talent are intertwined, their paths immutably set for all to admire. 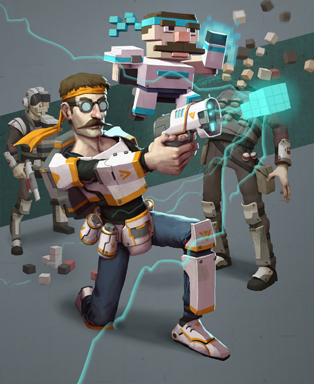 “Revving the Engine: Retro Invasion,” by Stu Horvath
In our ongoing series of interviews with the winners of Unreal Dev Grants, sponsored by Unreal Engine 4, Stu chats with Wolf Lang, one of the developers of Retro Invasion.

Homage is an interesting trend in games. How do you approach making the various homages in Retro Invasion?

One of our motivations for Retro Invasion is to keep the memories of memorable game design efforts alive. The concept is not to copy these ideas but to put on a twist on these mechanics and combine them with the modern game world. For example, in one scene you have this half voxelized garbage man who throws trashcans from a driving garbage truck. Rik and Mike are chasing him and they need to avoid the garbage barrels. This is a lose adaption of the classic Donkey Kong barrel mechanic, but set with a modern spin. This is our current recipe for the Retro Invasion: mini games. The ideas need to stand on their own, but should also put a smile on the people who are reminded of their childhood games. This is a sensitive mixture and can easily move into the “Nostalgia Exploit” area if you don’t watch it carefully!