This month, our regular group of eclectic columnists takes on the joy of trashy television shows, the latest in heavy metal and DIY hardcore, The Muppets, Eternal Darkness, drones, Yoshi’s Woolly World and how both politics and videogames struggle to evoke our emotions. We’ve got a taste of each column for you, right here.

And don’t forget, exclusive to the Monthly, you’ll find the latest, monstrous collaboration between Stu Horvath and Melissa Graff (the header above is a detail of the illustration), a profile of the work of artist Ario Elami and Team Unwinnable’s recommended songs, books and game for the month!

Netflix and Swill – Matt Marrone
And then there is Twisty the Clown.

Twisty, at least in 1950s parlance, was dropped on his head by his mother when he was a baby, but he found the perfect job – as a carnival clown, bringing simple joy to children with his big goofy smile and colorful balloon animals. Unfortunately, his co-workers – particularly a pair of pedophile little people – are jealous of his plum position. Literally jealous of his position, given all the children who hop on his lap while he performs.

They hatch a cruel plan. Of course, it doesn’t take much to trick the mentally challenged. They easily manage to convince Twisty he’s been accused of fondling the children he so adores, the police have been summoned and they are presently coming after him. Run, they say!

And Twisty runs. He heads home to Jupiter, where he finds his mother is long dead. There is an excruciating scene where a now desperate and noticeably dusty Twisty, having begun making homemade wooden toys, unsuccessfully attempts to convince a shopkeeper to stock them. When that exercise in futility fails horribly, Twisty returns to his abandoned trailer in the woods, grabs a shotgun – and tries to end it all.

Twisty the Clown fails at that, too, and instead blows the jaw right off of his face. Only then does he really snap.

The flashbacks – and his voice as he tells his tale – are almost unbearable.

Playing with Madness – Gavin Craig
There’s probably no way to discuss Eternal Darkness without talking about the low-sanity events. Film can present unreliable visual information, but when we take the role of an actor on the virtual stage of a 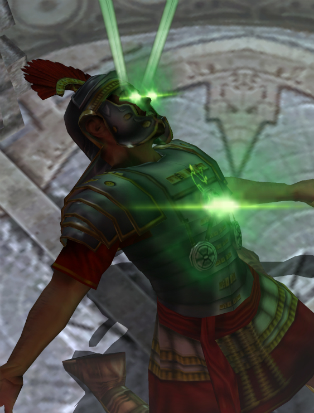 videogame, we have little choice but to treat the information we’re being given as reliable from moment to moment.

Perhaps even more than that, we’ve become accustomed to imperfection in electronic media and equipment in ways that disarm our defenses against deception and the unexpected. Games glitch, perhaps more so today than even in 2002. So when Eternal Darkness jumped unexpectedly to the start screen, my first thought was that something had gone wrong with the disc or my console rather than that the game itself was toying with me. When the save menu gave me the option to erase all my saved games, and seemed to go ahead and do so even when I said no, I was afraid I had just hit the wrong button. When the volume turned up or down on its own, I made sure that I wasn’t sitting on the remote.

Persuasions – Andrea Ayres
Politicians and games are constantly working to evoke an emotion within us. When it works it’s undeniable and when it doesn’t . . . well, that’s pretty obvious too. The famed Call of Duty: Advanced Warfare press ‘X’ to pay respects moment failed because the action is incongruent with the intended emotion. Associating the complexity of grieving with the simple act of pressing a button doesn’t fit together.

To feel the emotion of a game, I’ve got to be persuaded at some level to believe that the outcome matters and like politics, this is best achieved through authenticity. Authenticity is not achieved through words alone, the method of delivery becomes just as important as the content being delivered. The world building of politics and games exists because without it, persuasive messages have nothing to stand upon, without it they simply crumble.

Metal Horizon – Casey Lynch
2016 started rough coming off the loss of Motorhead’s Lemmy, but I’d like to think he’s sitting in the afterlife’s Rainbow drinking whiskey with Cliff Burton talking about Rickenbacker basses and other important things. Still, if the last 45 days are any indicator, 2016 is a going to be a big year for metal. The 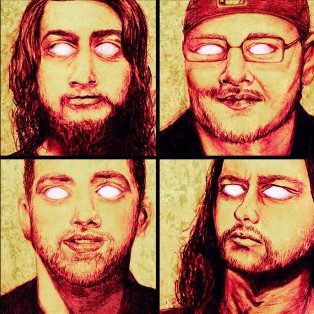 In Defense of Muppets – Rob Rich
I saw complaints that the new show didn’t have the classic Muppets feel. Some didn’t like the new format. And a whole lot of people took issue with the new show’s more adult oriented humor and felt 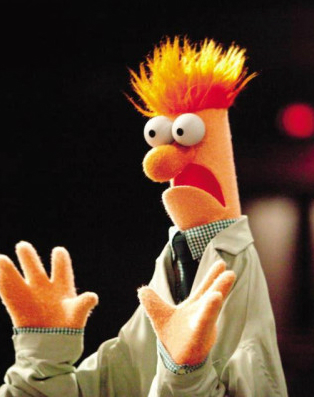 that it wasn’t appropriate for their kids.

I don’t get any of this.

Is it because it spends a little more time focusing on romantic relationships between some of the characters? I call bull because it’s all PG-level drama. Is it the fact that some of the humor has a more modern edge to it, with some characters displaying slightly more diverse sexualities (i.e. Uncle Deadly and Janice)? Maybe, but I don’t buy that explanation either because it’s, again, PG-level stuff. Maybe some folks are too uptight, I dunno.

My point is that the arguments I’ve seen that are opposed to the new direction of the Muppets don’t seem to have solid footing. Especially if you watch more than the first episode (you know who you are) before complaining about it. More than that, I think the new Muppet show is important for long-time fans because it gives all of these classic characters more, well, character.

The Point of Divergence – Adam Boffa
Criticism, whether casual or professional, involves a dynamic relationship between factual observation and pure opinion. I’d like to think we all develop an internal rubric over time, one we use to evaluate 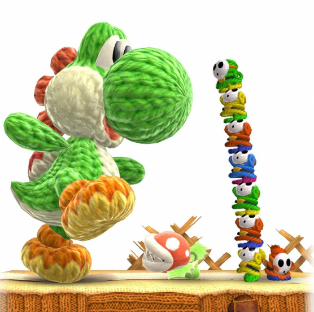 things with the proper weight in either category, and that we adhere to it whenever we critique something.

I’m aware of how many times I’ve disregarded my own rubric. Maybe it’s more honest to say that our grading guides are always evolving in some way and that they have some instability built into them. I’m not claiming there are no objective standards of quality in art or media, but rather that the way we feel about these things is influenced by more than those objective standards might indicate.

This is a long-winded way of admitting that I’ve spent a dozen hours playing Yoshi’s Woolly World and realized that this game is the final nail in the coffin of my ability to objectively evaluate Nintendo game.

A New Pile of Brick – Mitch Bowman
After a bit of a format shuffle, the least relatable music column in the world is back! With Unwinnable’s move to a monthly format, Throwing the First 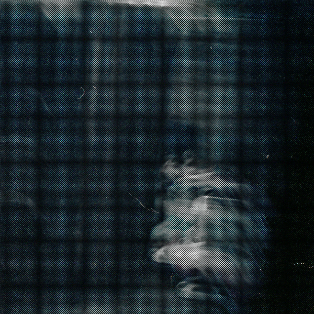 Brick will be adopting a new, shorter format, but will also be in every issue. I’ll still be trying to squeeze in as many links to new music as possible, so fish out your headphones before we get started.

This month, my favorite release by far was a full-length called Ides, from California-based screamo outfit La Bella. They recorded this release with Jack Shirley, who was played guitar in a great band called Comadre before its breakup in 2013. La Bella reminds me a lot of Comadre’s later releases and that’s definitely a good thing. Both bands play a type of dancy-but-noisy screamo than reminds me of some of the best of mid-2000s post-hardcore.

To Take Up the Controller – Richard Clark
Most of us recognize the standard videogame posture. The player leans forward, sitting at the very edge of a chair. The chair may have a back, but such support is unnecessary for the standard posture. The eyes aren’t focused on what’s held in the hand – the direct actions taken by the player. They’re focused instead on the screen, where direct actions have consequences.

In recent military developments, this also became the posture one takes when controlling a drone. Good. Rather than slumped back in a comfortable chair, we can only hope the drone controller loses interest in the chair completely, focused instead on the actions that take place as a result of their seemingly mundane finger and thumb movements.

The similarities between a drone-controller and a videogame player may be discomfiting, but they are also clarifying. The player doesn’t lean back when participating in a videogame, they lean in. The posture is that of one who accepts and embraces responsibility in the moment.

The foundation of this delicate balance of power and responsibility is a feeling of immediacy. When we press start and begin a videogame, we are making a choice to be fully and completely immersed in the immediate. It’s not a time to listen to other perspectives. In that moment, the only option is to take action. Later, we may put the controller down and consider the meaning of what just happened. 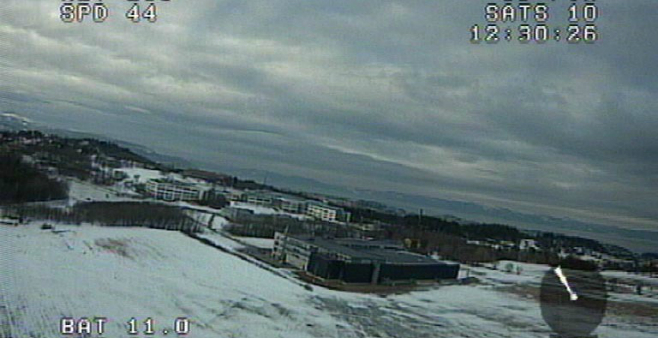 You’ve been reading an excerpt from Unwinnable Monthly Issue 76.