This is an excerpt of the cover story from Unwinnable Monthly #116. If you like what you see, grab the magazine for less than ten dollars, or subscribe and get all future magazines for half price. 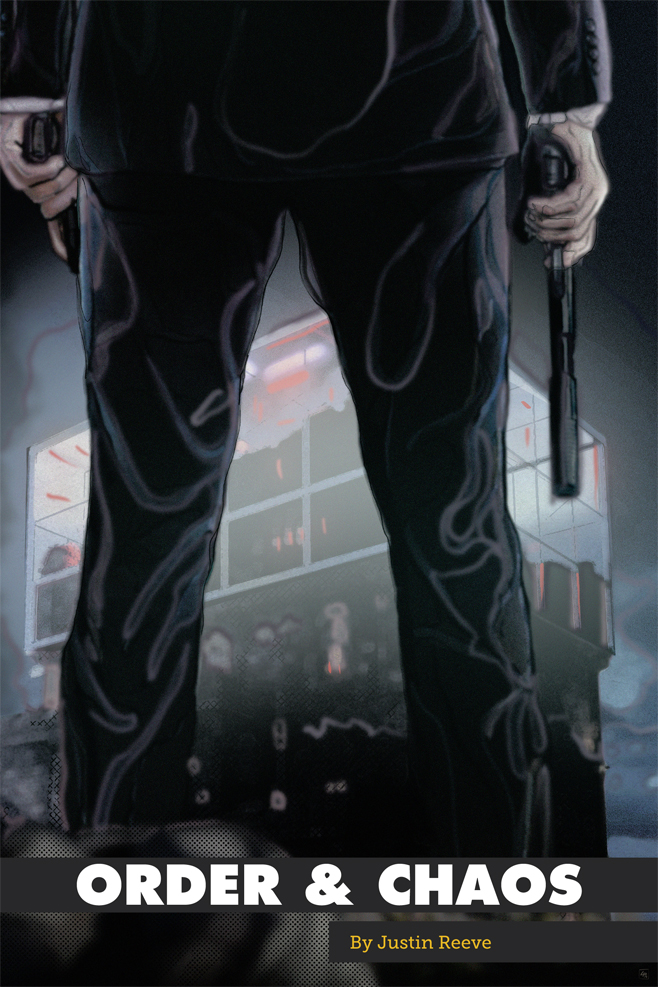 Spend enough time playing Hitman 2 and you’ll notice how the ordered artificiality of modernist architecture is placed in sharp contrast to the prevailing chaos of the game’s environments. While they appear in several different forms, the forces of chaos in Hitman 2 are frequently represented by nature. Set in the rugged Hawke’s Bay region of New Zealand, the tutorial mission has you sneaking into a modernist mansion on a stormy seaside. Why does the game draw this opposition?

The modernist buildings in Hitman 2 have more in common than just an architectural style. They’re supposedly owned by members of the global elite. In other words, Hitman 2 associates Modernism with the world’s wealthiest and most powerful people. While this association seems pretty normal today, it definitely would have raised eyebrows even a few decades ago.

With its focus on function, economical use of materials and ornamental simplicity, Modernism was initially meant for the everyman. As an architectural movement, Modernism was all about democracy. Theorized in the 1920s by architects like Le Corbusier, the idea was primarily to improve living conditions for the poor through standardization and mass production. Le Corbusier’s first foray into Modernism was actually a social housing project. Presenting his Plan Voisin at the 1925 world’s fair in Paris, he proposed to replace most of the opulent Rive Droite with a series of sixty-story skyscrapers arranged on a grid system. His proposal was almost unanimously panned by the architectural establishment. 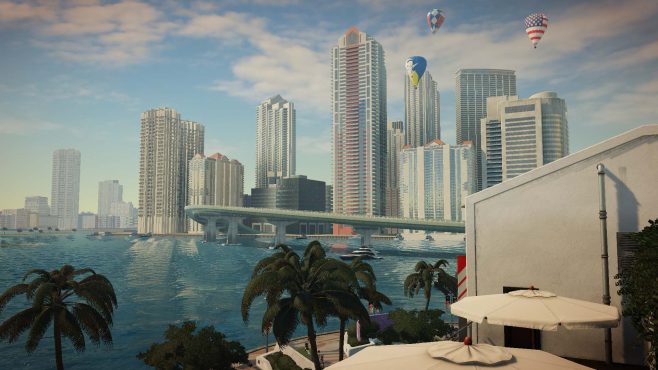 Turning Le Corbusier’s vision on its head, Hitman 2 presents Modernism as a movement for the wealthy and powerful. The game also places the order of modernist buildings in sharp contrast to the chaos of their surrounding environments. You can observe this in each and every one of the game’s different levels.

Leaping from a dinghy onto the wind-swept sands of Hawke’s Bay, the first thing that you’ll come across in Hitman 2 is the aforementioned mansion. Bright lights shining forth from the master bedroom, this rather bleak building of steel, concrete and glass truly beckons you closer. The architecture is unmistakably modernist. With its clean lines and completely unadorned surfaces, the structure stands out from the surrounding landscape like a star in the night sky. The howling winds and crashing waves of Hawke’s Bay create chaos on its grassy banks, but this lonely beach house bravely flouts their blustering squall. The long lines running horizontally across the building lend it a certain squatness which makes it feel firmly planted. Sneak inside and you’ll discover that it’s owned by a sort of underworld kingpin called Alma Reynard.

Justin Reeve is an archaeologist specializing in architecture, urbanism and spatial theory, but he can frequently be found writing about these topics in relation to videogames, too.

You’ve been reading an excerpt from Unwinnable Monthly Issue 116.

Running the Void Beyond Bitmaps and Chiptunes