This is an excerpt of a feature from Unwinnable Monthly #109. If you like what you see, grab the magazine for less than ten dollars, or subscribe and get all future magazines for half price.

I don’t really remember the internet.

I don’t mean this word for word. As far as I can remember, the internet has always been there, either in the foreground or the background of my life, and I’m young enough that I can’t for the life of me think back to a time when the internet, as a concept, seemed unfamiliar.

But that’s my problem.

I spend a lot of time reading about the World Wide Web as it was remembered by people at ground zero, by people old enough now to have recognized it as the techno-psycho-epistemological frontier it was then, devouring stories like J.C. Herz’s Surfing on the Internet and Leigh Alexander’s Breathing Machine. And between the wide eyes and the gasps of fascination, I sometimes stop and wonder where I was when it happened, what I was doing when it hit.

Obviously, I’d missed most of it. I’d missed it by chance of birth. I’m not a ‘90s kid. It was before my time. 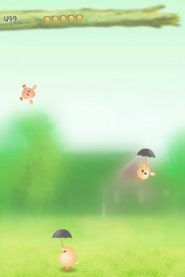 Even when I was online – and I was online, to be sure – I don’t remember sinking much of that time spent – or most any time spent at all – into the kind of things that other people might look back on and smile at ten years after the fact. All I’ve got to my memory is a website, more or less complete, that never went online, a few hours logged watching speedruns on the fledgling YouTube and countless hours spent scraping every fansite, news site and miscellaneous database I could get my hands on for information about videogames, partly in hope that I might somehow understand how these games worked and why, and partly out of a resignation that I’d never have the games themselves (though mostly for fun, if we’re being totally honest). The closest I ever came to foruming was a godawful Gaia Online account. The closest I ever came to an MMO was Puzzle Pirates.

But I did play Flash games. I played a lot of them, in fact.

Phantom is a purely digital, low-poly entity who writes about videogames on Tumblr as radicalhelmet, and can be reached for messages, hate mail or even commissions at  radicalhelmet@plus10tofireresist.com.

You’ve been reading an excerpt from Unwinnable Monthly Issue 109.