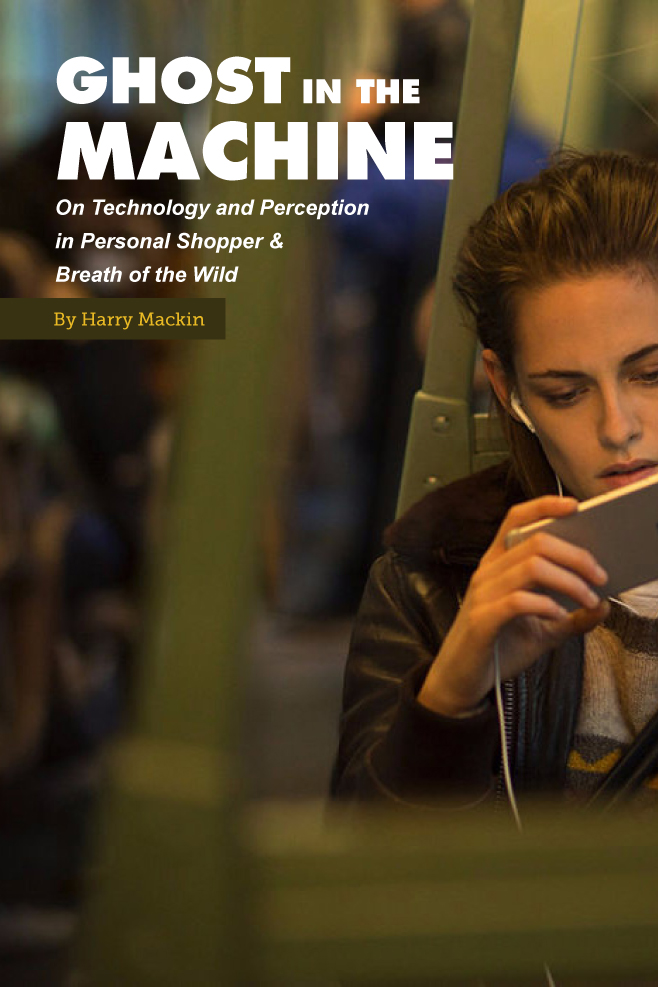 The tools we use are never impartial. The means by which we seek out information affects the way we understand and relate to that information. Smartphones, social media, Google search results, online ads, content-promoting algorithms and even messaging software have agendas. People have probably never been more shaped by our tools than we are right now. The paradox of technology is that, no matter how massive its influence over us, it’s still just a tool. Even as it shapes us, it never stops being shaped by us and like us . . . even if we don’t want it to be.

Both Olivier Assaya’s 2016 “supernatural psychological thriller” Personal Shopper and Nintendo’s 2017 open-world adventure game The Legend of Zelda: Breath of the Wild explore what happens when we allow technology to shape us. Neither work depicts the technology as sinister. Instead, technology reflects the intentions of its users. Problems arise when its users refuse to acknowledge their agency. In both works, the opportunity (and danger) of technology isn’t how it reshapes us, but how it allows us to reshape ourselves.

Personal Shopper‘s Maureen Cartwright wants to be someone else. When the movie begins, it’s been a few months since her twin brother, Lewis, died suddenly. Lewis was convinced he and Maureen were mediums. The siblings made a pact: when one died, they would send the other a sign from the beyond. Maureen is afraid the sign isn’t coming, but she resolves to wait for it anyway. While she’s waiting, Maureen re-fashions her life, ostensibly to “open herself” to receiving the message. Without fully realizing it, she tries to erase her fears by remaking herself until she can see them another way. Technology facilitates her self-erasure every step of the way. 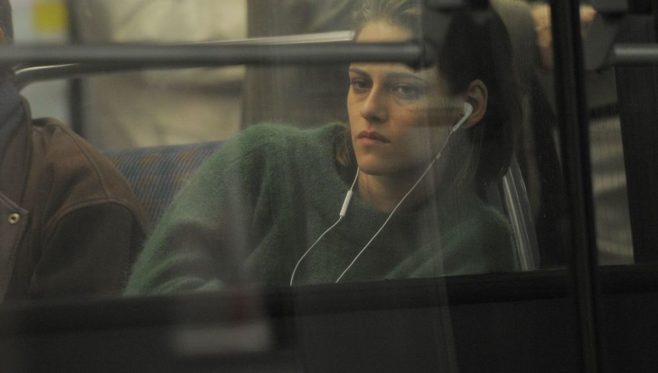 Maureen’s job as a personal shopper to a celebrity is made possible by technology and designed to isolate. She calls ahead to the designers she meets with, selects the garments and leaves. She’s only there as a stand-in for someone else. She maintains her other relationships the same way. Whether she’s talking via Skype, trading videos or arguing over the phone, she uses technology to distance herself from the world, so she can focus on exploring another one.

Maureen spends her time watching videos and collecting information on spirituality. At night, she peers into the darkness in the home where her brother died, determined to find something there. By isolating herself and immersing herself in the world of spirituality, Maureen forces into focus the version of the world she wants to see. Her phone, headphones and computer help her do it as much as the ghosts she finds. So when Maureen starts receiving mysterious text messages, she allows herself to believe they’re from her brother. Why wouldn’t she? It’s what she’s been waiting for.