Queer people get vilified all the time by certain groups of people, mostly due to our existence outside the heteronormative spectrum of behaviors. At best we’re thought of as deviants, and at worst monsters, boogeymen and women that get held up as the enemy of all that is right and good in the world. We all get lumped together as if our only defining characteristic is our deviancy. Enter Tusks: The Orc Dating Sim, a game about dating beings often held up as monsters and then flipping the entire concept on its head by casting each individual “monster” as a gay being with depth. Each orc is portrayed as distinct from the other gay orcs, which in turn reveals the implicit humanity that we as queer people are so often denied of having from many outside our respective communities. In the process, Tusks dispels the broken concept of essentialism both in games and in society as a whole.

Essentialism is the argument that you can boil down someone’s essence to a fixed set of traits that corresponds to what type of person you are. This concept fits neatly into Dungeons & Dragons, where character races will often dictate to a player what direction they’re “meant” to go in. Orcs get pigeonholed the most out of any races, with bonuses to their Strength stat and negatives to Intelligence, Wisdom and Charisma. Think about what that says about them, that they’re innately stupid, unwise, uncharismatic from birth and are mostly suited for being brutes. Indeed, a sentence in the introduction to Half-orcs in the Pathfinder rulebook reads as follows: “As seen by civilized races, half-orcs are monstrosities, the result of perversion and violence – whether or not this is actually true. Half-orcs are rarely the result of loving unions, and as such are usually forced to grow up hard and fast, constantly fighting for protection or to make names for themselves.” Think about what that sentence means. Paired with the stat adjustments, authors are saying that orcs are largely violent rapists because of something that is inherent in orcs. Now imagine saying that about an actual race of people, and you begin to see where essentialism becomes largely problematic. 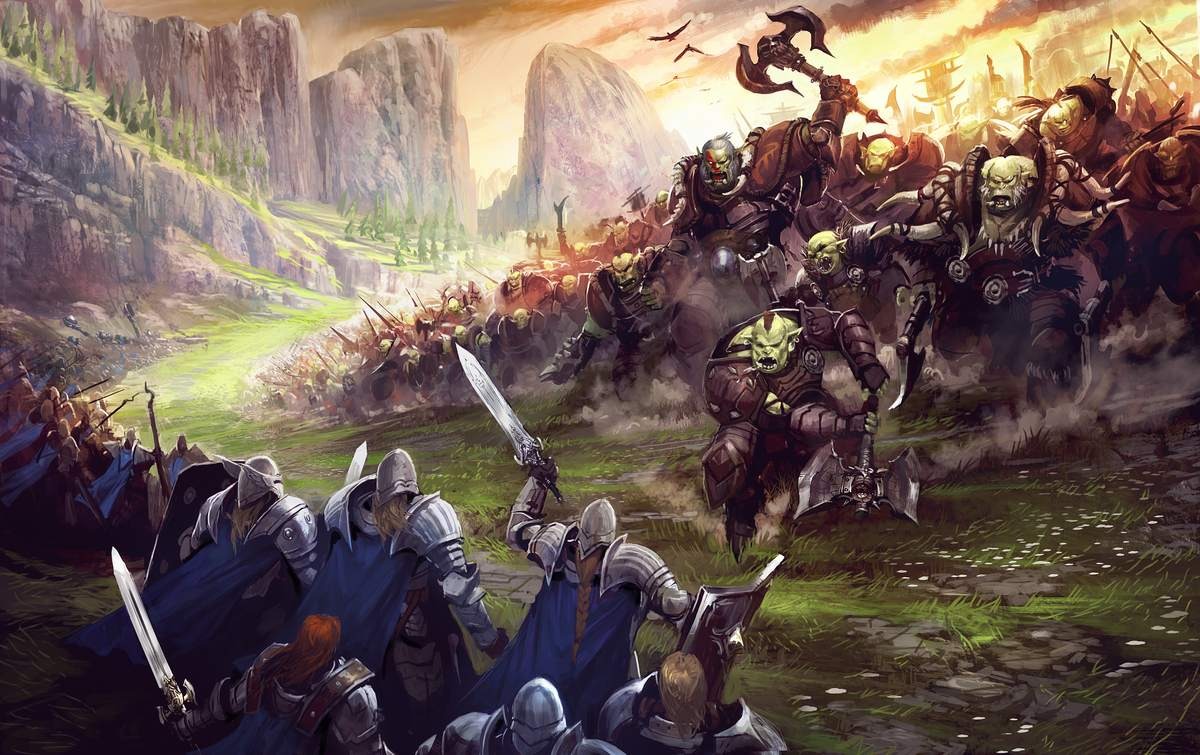 Tusks is meant to combat the plague of essentialism by portraying orcs as, well, normal people. You have a fighter orc, Ferdag, who’s really strong, but he’s also easy to talk to and is thoughtful about the philosophy of fighting. Most of the orcs you get to know still have hulking frames, but not all of them, as the gentile Cennedig proves. Much like other dating sims, each character plays to a particular “type”, but here this type has nothing to do with how they were born or inherent traits unique to being an orc, though orc society is still treated as a culture, which is an important distinction. It means that growing up as an orc comes with a set of cultural norms that can shape how an orc grows, but does not doom them to becoming a certain stereotype.

That all the orcs happen to be male and gay is not a coincidence. Gay men too are often treated a certain way, like something is inherently wrong with us. And even in the cases where that isn’t the issue, we’re often cast into a fixed role, as in we all like to sleep around, are afraid of commitment, or even only capable of certain types of relationships. Tusks refutes orc stereotypes, but it also tackles gay ones as well. You can get to know the pig-headed Sithig and take part in casual sex and light fetish play, but then there’s also the poly relationship between husbands Ror, Cennedig, and Malgóm. Seabound orc Ggorom’s arc plays out like a traditional relationship, with the courtship of getting to know each other paving the way for passion later.

At the heart of Tusks is a kinship with so-called monsters. It speaks to why we as gay people are so attracted to monsters and villains in fiction.

But the overt nods to the diversity of gay relationships isn’t the only point. At the heart of Tusks is a kinship with so-called monsters. It speaks to why we as gay people are so attracted to monsters and villains in fiction. We’re so often ostracized and stereotyped that we can’t help but feel like we’re siblings of a sort. Tusks is a way of pulling down the veil the world has put over these beings that declares them monsters and emphasizing that, yes, they’re people too, with all the complex emotions, goals, desires, and agency that come along with it.

For a game that’s about smooching husky, tusky men, Tusks has a lot to say about how we treat people both in fiction and in real life. It exposes essentialism for the harmful practice that it is and asserts that, yes, we can do better than assuming things about people based on race or sexual orientation. And the reason this is so effective is thanks to our kindred bond with the outcasts of fiction. As Tusks creator Mitch Alexander says: “Maybe we as queer people often have such kinship with monsters because we had to make pals with them when we were all hidden away inside the closet.”

Raw, Dog Hair and the Nervous Unreality of Pristine Images