It’s not what stayed with me though. That was the dog hair.

That lingering shot is a moment of foreshadowing. Eventually, Justine will accept her innate cannibalism, embrace it even, allowing what is bestial and buried inside of her to surface. What I found most striking about this shot, though, was the reminder of how few films, or games, spend time drawing attention to the mundane, the imperfect and the messy.

I have had agoraphobia since I was sixteen. Put simply, public spaces scare the shit out of me. Getting ready to leave the house feels like preparing to throw myself into battle. To feel ready, to feel brave, I have to feel perfect. To walk in public is to grasp at the fading shadow of an idealized self-projection.

In a mirror, I’ll invent a perfect shape. Pose. State of being that holds my body rigid as an action figure’s plastic bubble casing. Each strand of hair, each item of clothing held frozen in time. Unmalleable. Unretainable. Wavering as Narcissus’ lake reflection the instant that the winds blow in. It’s a fiction, of course, but whenever I feel myself stray from it, the plastic casing chafes and I shudder in panic at a loss of control.

I remember mall-front billboards in Sichuan with impossibly white models and counters stacked with moisturizer that claims to lighten skin. I’m white, and I couldn’t pull off this candle-wax pallid parlour trick, even if I wanted to. Stripped of responsibility to represent anything besides synthesized, unblemished unreality, these images consist of more body horror than Cronenberg’s entire catalog. To portray and enforce the unachievable as normality is to enact violence upon the observer.

Dog hair is subversive in a way that blood can never be again. Not as punchline, but simply as depiction of the myriad little messes we accumulate each day. Blood slips in unnoticed, mingling comfortably in our common visual lexicon. 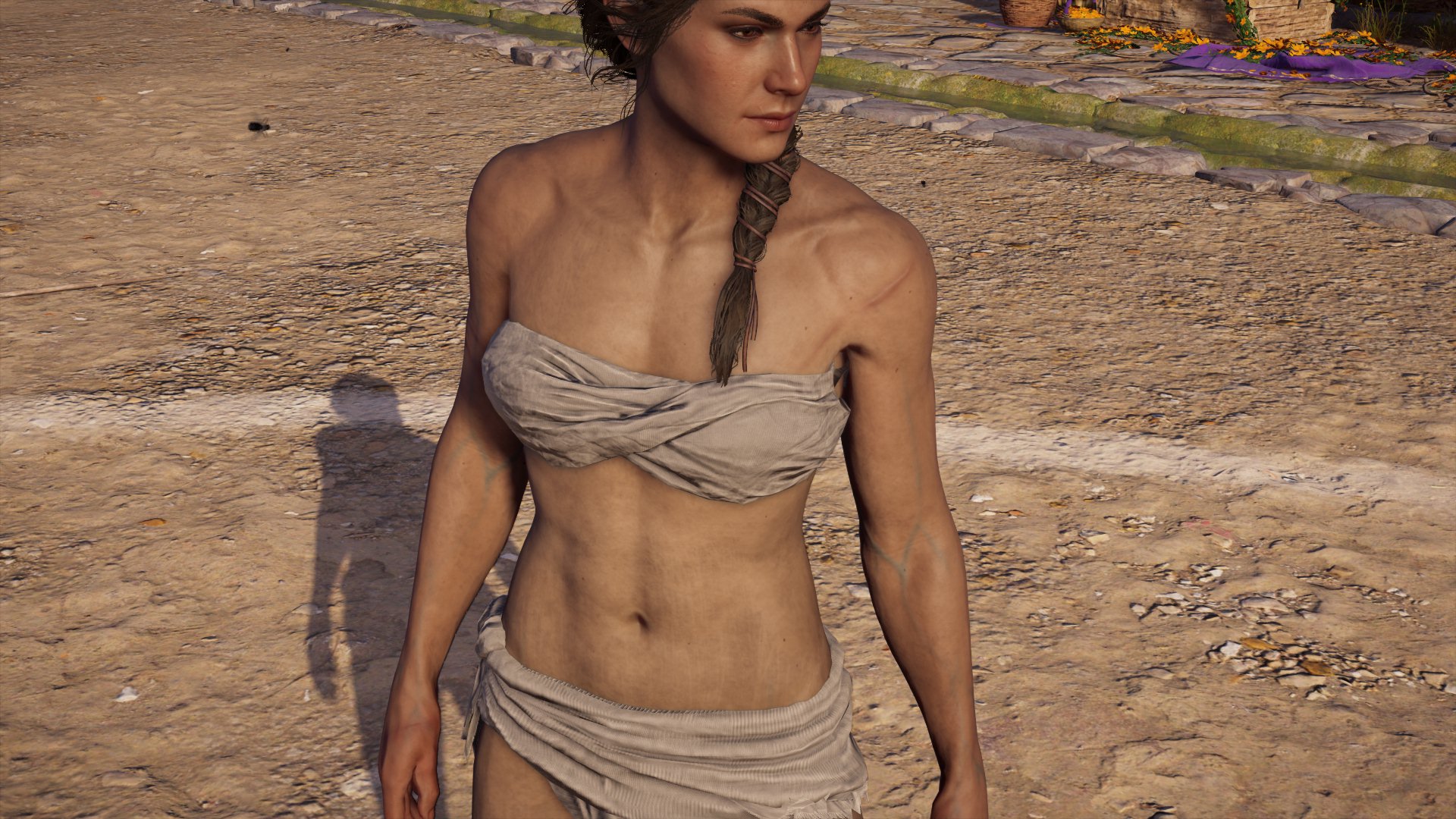 Right now, I’m playing Assassin’s Creed Odyssey. Kassandra has scars and a road map of deep blue veins running through her toned bronze arms, and although I never expect to see fresh cuts or dirt under her fingernails or wine stains on her teeth, I see more humanity and history in these imperfections than all the chipped pottery in Hellenic Greece.

I have grappled with Herakles’ Erymanthian Boar. I may tear fistfulls of Cerberus’ coat away before the journey is done. For all her trials, though, I know Kassandra will never suffer the acute, domestic embarrassment of dog hair on her clothes. Not as punchline, but as simply as depiction of the myriad little messes we accumulate each day.