When asked to demonstrate how girls run, the participants in the viral ad by Always, #LikeAGirl, pretended to do so daintily. Their arms were glued to the side of their bodies, as if they were tied and forced to escape under captivity. Some even tried to tidy their hair, flap their hands about, or lift their legs at such an unnatural angle that the calves and thighs were almost touching.

But the young girls who were asked the same question responded differently. They ran with gusto, pumping their arms vigorously to propel themselves forward, and even wiped the sweat off their brows. Their faces were also scrunched up in concentration—because damn it, that’s just how everyone runs.

Princess Madelyn is just like that. I’m endlessly captivated by the way the knight-in-training from Battle Princess Madelyn sprints—all while eviscerating an endless horde of skeletons and demonic creatures. She runs to get from one end of the stage to the next as swiftly as possible, taking generous strides and swinging her arms as hard as she can. She runs to save her entire family from an evil wizard, who is keen to wreck destruction upon the world. She runs because she is a princess—not in spite of it—and she wants to fulfill her obligations as the defender of her kingdom.

And also, because like John Wick, they killed her puppy. 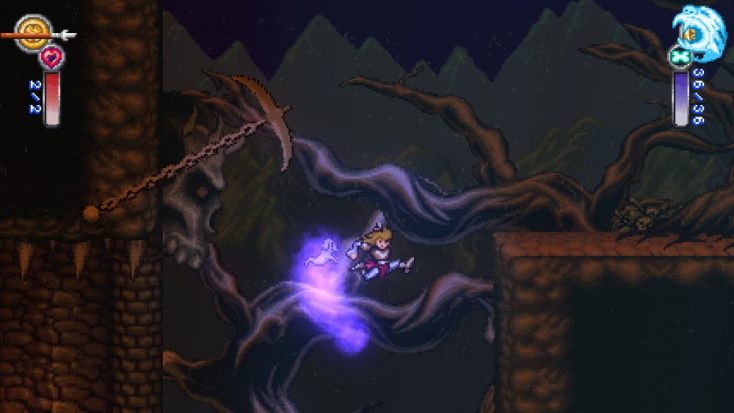 A run-and-gun platformer strongly reminiscent of classic games like Ghouls ‘n Ghosts, Battle Princess Madelyn is clearly a labor of love by Christopher and Madelyn Obritsch, the father and daughter duo from Casual Bit Games. Ridding the world of evil is no longer just a man’s job, and the titular Madelyn dashes across the screen with ease, slaying the wicked with her spears and magic.

And this visibility cannot be understated. We already know that female characters are often created to titillate players, or chucked into refrigerators so that male heroes can have a reason for their anguish and torment. Even many empowering women were developed with the male gaze in mind; the reboot of Lara Croft turned the heroine from a voluptuous, hypersexualized character to a victim that needs saving. Metroid originally revealed that the strong, powerful Samus is a girl—only to have her strip down to a bikini in the “best” ending when you complete the game in under one hour.

That is why I’m delighted to see Madelyn sprint with such impunity, unshackled from expectations of the traditional role girls and women play in videogames. She speeds off while decked in a full body armor—not a metallic bra—and shouts uplifting quotes like “I’ll get you for this!” and “I’ll be back!” when faced with temporary setbacks. The fact that the game oozes with the same delicious retro appeal that harkens back to the days of ‘80s old-school retro titles—when videogame sexism was at its ripest—is also particularly poignant. 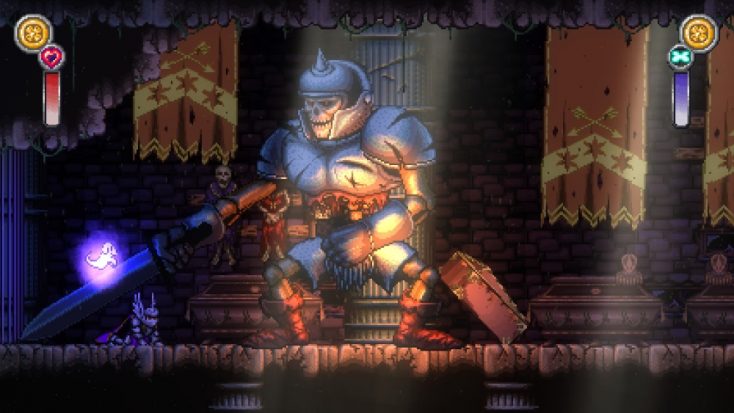 Without a doubt, this striking display of femininity is due to the endearing origin of Battle Princess Madelyn. Madelyn wanted to kick ass in Ghouls ‘n Ghosts, but thought that only boys can be knights. In response, Christopher told her that he could make a new game in which she would be the knight, and asked her to start by choosing the color of her armor. And pink is the answer.

I wish I had this game as a kid. On the other hand, you can make a kid’s day by backing the campaign on Kickstarter.

By Order of the Queen: An Order of Frustration
Previous Post

Mindset Matters: How I Came To Love Pillars Of Eternity