I don’t know about you, but I don’t often look on my youth, or even my young adulthood, without cringing a little. It’s not that I’m ashamed of my passions or choices. In fact, you’re probably well aware by now that I’ve managed to reconnect with heavy metal – a music and ethos that informed my teenage years. As a 40-year-old, I am prepared to embrace and reexamine the stuff that I’d once written off.

Black T-shirts were off-limits (because of dandruff)

There’s plenty that I’d like to keep buried – especially all those questionable haircuts, fad clothing choices and CDs that you couldn’t pay a record store to take off your hands. Rather, I’m finding myself mortified by the things I once thought were truisms. There are a million of them. They were a set of rules that I imposed on myself and the world as a survival mechanism. They served as manifestos and rules of thumb for developing taste, acquiring talents and, most importantly, assimilating into culture. For a long time that meant that heavy music was verboten (it certainly helped that nu-metal stunk up the place for a decade). Shirts were never tucked in. Black T-shirts were off-limits (because of dandruff) and I always kept my hair short and neat. I dropped fantasy and sci-fi novels for literary fiction and favored independent films over Hollywood garbage.

Almost everybody has a set of hard and fast rules, established decades ago, that continues to inform their lives. Lately, I’ve been calling all of those into question – trying to weigh them from a position of experience and determine if I was right to impose them and if I needed them any more. More often than not, I am finding that those decisions, made with the surety and finality of youth, were premature. They may have served me decades ago, but now they’re just limiting. 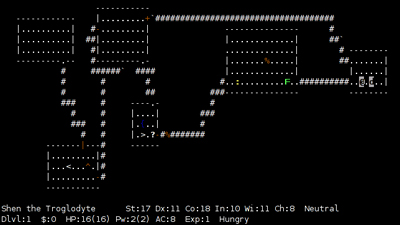 Videogames are currently enjoying a similar enlightenment. Make no mistake: games needed to impose some rules to make it through a rough adolescence. Emulating the look, feel and tone of cinema was an important aspirational step lest games enter their young adulthood speaking the rough tongue of an inexperienced child. Sadly, part of that development meant backing away from genres that couldn’t mimic older, cooler mediums. That’s why many genres beloved by PC aficionados were back-burnered and abandoned. Roguelikes and strategy games full of permadeath and turn-based battles viewed from an uncool isometric angle were like that old friend that games were embarrassed to be seen with in public.

Now time, experience and the lull between console generations have given games (and the people who play them) the chance to look back, reassess everything accepted as gospel and take a new view of what games can be, should be and ought to be. And, to my mind at least, this look backwards and the accompanying lifting of limiting rules have been a great boon to creativity. Loosening of expectations around how big, how long and how expensive a game can be has opened minds (and pockets) to arcade-style mobile games, personal independent games and short experiments that challenge as much as they entertain. And a revival of classicism, fueled by Kickstarter and ballsy reboots like XCOM, proves that the old ways to play weren’t dated, just in need of recontextualization.

Time, experience and the lull between console generations have given games the chance to look back, reassess everything accepted as gospel and take a new view of what games ought to be.

The dividends are only just starting to pay off. The next few years will see an exciting cross-pollination of the old and the new. As game makers rekindle old passions, reassess vintage genres and incorporate those discoveries into their games, we will benefit. I fully expect those whose job it is to make big, expensive entertainments to embrace old-school ways of doing things. And I wouldn’t be surprised if some of the more independently-minded and experimental unfold their arms and give the methodology of the blockbuster a shot.

There are lots of downsides to middle age. Your body doesn’t work like it used to. Your hair starts to grey. And fewer people confuse you for hip or cool anymore. But just the same, accepting those deficits can be freeing. With nobody left to impress, you can go about the business of growing unhindered and do it with the benefit of perspective. Seems crazy, but despite the aches and pains, I’m kind of psyched to be this old. Games should be too.

Rookie of the Year: How To Fall in Love with Someone You’ve Never Met