Despite coming to it nearly two years after its release, I was excited to sink my teeth into Pillars of Eternity, Obsidian’s Kickstarter-funded ode to classic RPGs like Baldur’s Gate and Planescape: Torment. It had been a long time since I’d cast a good old-fashioned magic missile, and the prospect of exploring a rich fantasy world crafted by the studio behind Knights of the Old Republic II was much too tempting to pass up.

A couple hours in, though, and I just wasn’t feeling it. Beautiful though it was, the land of Dyrwood wasn’t doing a whole lot for me: characters I met seemed plucked straight from the generic fantasy pool, bland and unmemorable; lore dumps came thick and fast, weighed down with more unfamiliar terms than I could keep track of; combat demanded a level of micromanagement I realized I no longer had the patience for.

At first, I figured I’d simply outgrown my love of cRPGs. All the praise Pillars of Eternity had received; I attributed it to a reverence for the old days I no longer possessed. Disappointed, I put the game down and expected that to be that.

Some part of me refused to give up, however. On paper, everything about Pillars seemed right up my alley. And for how exposition-heavy it had been, the text in the game had been tremendously well-written. Between my love for Obsidian, my desire to see what others saw in it, and my reluctance to leave anything half-finished, I decided to give Pillars another shot. This time, though, I was going to play it on my terms. 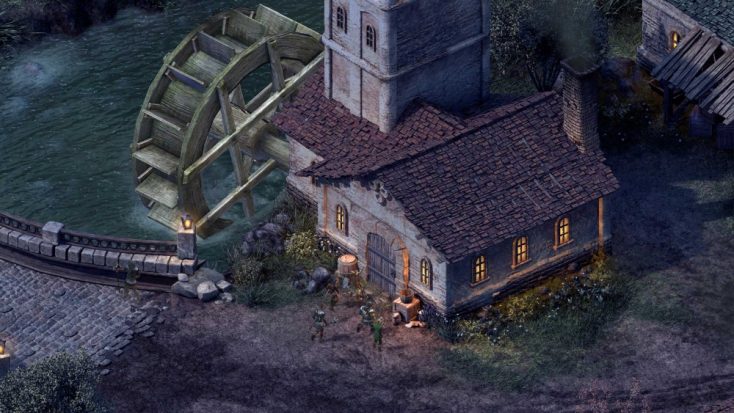 Since I wasn’t coming to Pillars for its slow, deeply-tactical combat, I cranked the difficulty down to its lowest setting and set my companion AI to manage their abilities autonomously. This improved my experience exponentially, freeing me to simply tell my companions who to attack while they sorted out the details. No longer were battles frustrating ordeals punishing me for exploring every nook and cranny; now I could wander wherever I pleased, basking in Pillars‘ gorgeous world without having to quick-save every other step.

Storytelling was something I expected Pillars to nail, and for the most part, it does. Evocative prose and distinct dialogue lend plenty of character to the world, but in some cases the writing goes a little overboard. Scrolls, diaries, letters, tomes; the world of Dyrwood is crammed with ancillary exposition that, though contributing to the illusion of a grand, complex world, delves into a level of minutiae that often feels excessive. Normally I read every note and collect every audio diary a game offers up, but for Pillars, I decided to ignore the temptation and let my understanding of the world grow organically.

Rather than obsessively revising my mental lore bible every time a character mentioned Rauatai or The War of Black Trees, I inferred meaning through context and absorbed knowledge the way one truly would in an unfamiliar place instead of feverishly studying lore entries like I was preparing for a history exam. This lent my adventure a sense of growing wisdom it had lacked the first time around, enthralling me to unravel the mysteries surrounding Pillars‘ world. 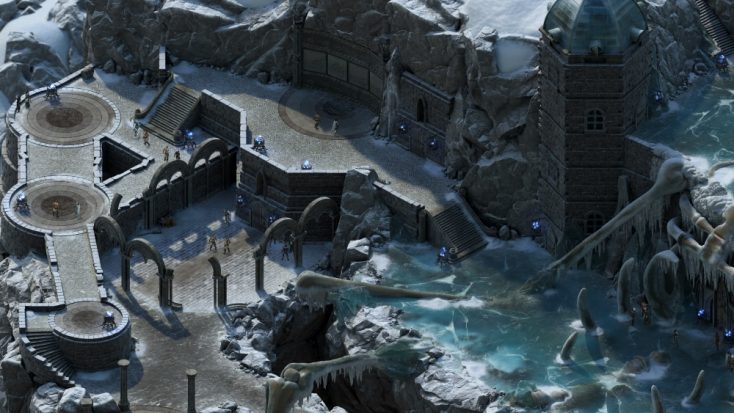 With so much fluff cut away, Pillars felt like a completely different game. Story beats flowed smoothly from one to another, uninterrupted by infuriating battles or mindless wandering. My companions revealed arcs to their characters, distinguishing themselves from the archetypes they first appeared to be. Exploration regained a sense of wonder, free of the fear that had encased it earlier.

Playing Pillars this way reminded me how much our experience with a game is shaped by what we bring to it. Of course, we all carry our own preferences and biases that influence our enjoyment, but so too does the experience we want out of a game affect the experience we get out of it. The next time a game doesn’t click for me, I’m going to take a step back, reassess what I want out of it, and see if I can’t adjust my mindset before writing it off.