Lore is perpetually exhausted. He wearily steps out of his bed, wakes up his best friend and dog, Baron, and puts on a green, oversized sweater. “There we go, all set to battle the day,” he muttered. Upon leaving his room, a shadowy figure hollers amidst the cacophony of thunder and lightning, “Hey kiddo, the kitchen trash is overflowing. Go take it out, will you?”

But that’s not what Lore heard.

“Hey moron, the kitchen trash is overflowing. Go take it out.” 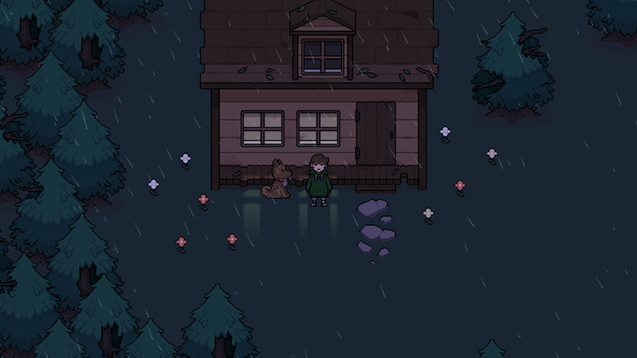 Reminiscent of Japanese roleplaying games like Earthbound and endearing indie cult hit Undertale, Heartbound is a story of a teenage boy named Lore, who is plagued by depression and anxiety. While videogames about mental issues abound, it is still a subject that many titles are tackling with mixed results. Insanity becomes a superficial reason to justify villainy; for instance, the antagonist of Far Cry 3, Vaas Montenegro, is only motivated by his inexplicable need to inflict pain. And in many horror games, sanity meters are used to depict how quickly its characters will spiral into psychosis. Not only are these often inaccurate, but they also perpetuate harmful stereotypes about people with mental health.

On the other hand, Heartbound seems like a respectful exploration of these emotions. Based on the developer’s experiences with trauma and anxiety, Jason Thor Hall, the game director of Pirate Software, mentioned in an interview with IGN, “The biggest inspirations for me were things that I personally went through in my life. Seeing how people deal with trauma and mental illness was a big factor.” 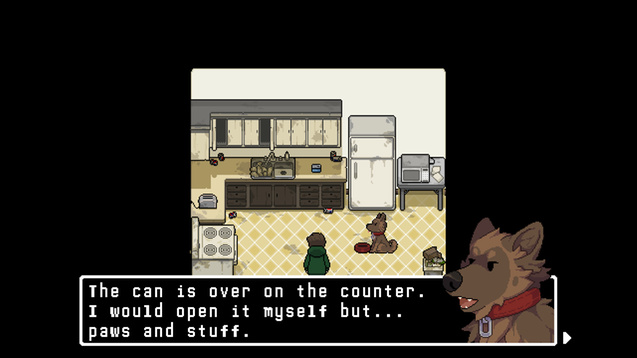 Evident from the above scenario with the shadowy figure, who is actually his father, Lore sees things a little differently due to his inner turmoil. Daily tasks may seem tedious and daunting, but Lore tries to cope by treating them as a series of videogame obstacles. Taking out the trash becomes a quest that he must undertake with the help of Baron, probably one of the best companions ever in the history of videogames. “The vikings have slain the GARBAGE MONSTER!” enthused Baron.

And Lore succeeds. Facing the world when depressed may be one of the most overwhelming challenges, but the encouragement of close friends and furry companions makes the journey much more tolerable. Failure is also not permanent; Heartbound features non-traditional combat akin to the mini games in Wario Ware, and falling in combat never results in death. This means that Lore may slip up sometimes, but he can always get back on his feet again.

Pirate Software is gathering funds for Heartbound via Kickstarter, and as of now has already met its goals. Nonetheless, you can experience the game by downloading the demo at the campaign page, or even pledge an amount to help the studio hit its stretch goals. The world could always use more adorable pups.

We Need a Real Nemesis System

How Dangerous Golf Makes You A Hole-In-One Pro