There was a moment during our play of By Order of the Queen where the spirit of the game was distilled into a single action. Regional confidence in our leadership was waning, we were hemorrhaging citizens thanks to constant monster attacks, and heroes were being sent to the grave faster than they could take up arms. It was easy to see we were on our last leg, that our chances of survival were slim. It had all come down to one turn, a single roll of the dice. And so we hoped. And rolled.

Cheers erupted around the table. With that roll, our party had completed their quest in the Obsidian Wastes, and the Queen was able to offer her favor to stem the ill sentiment from the citizenry. Some villagers returned, buying us precious time to deal with the growing monster horde. We would live to play another round. The problem is that I didn’t want to.

By Order of the Queen is one of those games I tried really hard to like. The box just oozes charm, from the fun characters to the bright and colorful art style. Seriously, it’s one of the most beautiful games I’ve seen, and I could have spent the night simply looking at each card and hero design. The Kickstarter version we played even came with a coloring book. 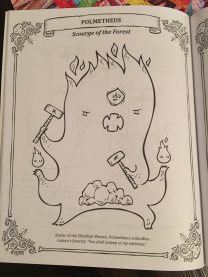 The goal of By Order of the Queen is to complete three difficult quests while preventing one of three loss conditions from being met. It’s easy to formulate a strategy, giving each player a role for the round, but success depends too much on luck. Dice rolls determine the results for combat and questing, while random card draws dictate what heroes you hold and which quests you may take on.

I have no inherent dislike for small amounts of luck in board games, but when a lengthy game comes down to a single dice roll, it can feel like a huge middle finger when you fail. This feeling of frustration is exacerbated by scenarios where it is clear your party is going to lose the game and you continue to hang on by a thread turn after turn. In certain situations, succeeding by the skin of your teeth can be thrilling, but in By Order of the Queen it becomes an exercise in patience thanks to quest results dependent on dice rolls and card draws.

These frustrations stem from my general disdain for cooperative games and their legacy problems, such as one player assuming a leadership role and dictating everyone’s move like an overzealous little league coach. This is something I’ve experienced in Forbidden Island, Pandemic, and now By Order of the Queen. Taking agency away from the player is a surefire way to kill enthusiasm, especially when the game ends in a loss anyways, as ours did. There are some attempts to mitigate this leadership problem (such as when players must assemble a party from their hands), but they are generally poorly implemented. 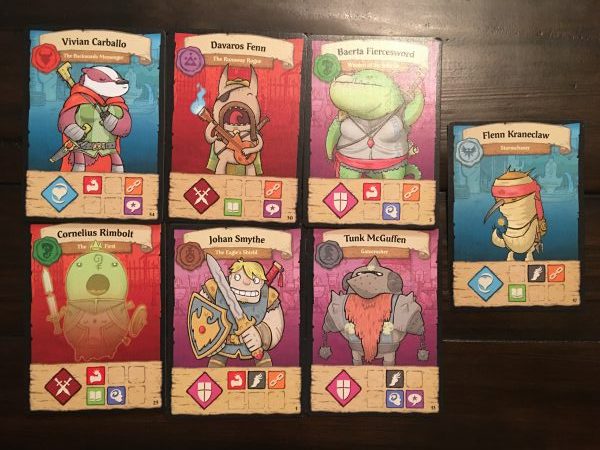 I’m glad I played By Order of the Queen if for no other reason than I got to see all the great art and character design. Mechanically, however, the game left a bitter taste in my mouth. The queen may be giving orders, but I will ignore them and continue my search for a quality co-op game.

Board Games, By Order of the Queen, Kickstarter

The Tentacled Spirit of Yharnam, in Card Stock
Previous Post