It’s impossible to talk about games featuring cats without first mentioning the most important cat game of all time: Neko Atsume. In this mobile game, you try to collect pictures of cats by leaving an odd assortment of toys and food about in your humble abode. Even though the game was entirely in Japanese initially, the controls were simple enough to make sense of it with ease; I was soon spending hours gazing upon the serene faces of sleeping kitties, while other felines loll about on the patio or expose their inexplicably adorable buttholes. I also frequently took screenshots and shoved them into everyone’s faces whenever possible. “This one is playing with the red ball! This one is napping in a tiny little basket! This one is a samurai!” I squealed, while my arms flail about in excitement.

Playing through Cat Quest evokes a similar sense of fascination. Your avatar is a silent cat adventurer whose sister got kidnapped by the most generic of villains. A few moments later, he discovers that he is a Dragoncat (I think this is what he’s called)—you know, like a Khajiit Dragonborn from Skyrim. Dragons are routinely summoned to wreak havoc on this world, and it’s up to this adorable cat to stop this nonsense once and for all. Oh yeah, and save his sister. 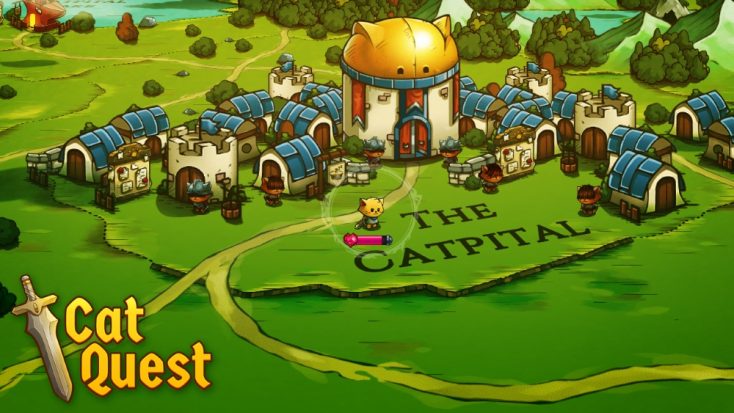 Even though Cat Quest is really an action role-playing game at heart, my experience is actually more akin to a cat owner playing dress-up with his or her disgruntled tabby. This is evident in the number of screenshots I’ve already taken throughout the demo, which is plentiful enough to turn into a photo album I can upload onto Facebook. At the beginning, the plucky cat-venturer (see what I did there?) is armed only with a tiny sword as he traverses a sprawling map, slays monsters and cat bandits, and hunts for shiny coins and experience orbs. To save your progress, you have to direct him to a nearby inn, where he will take a quick nap and recuperate. Seeing him do so, his eyes tightly closed with a self-satisfied smirk, is downright endearing.

(At this point I swiftly took a screenshot and showed it to my sister. She took a quick look and just stared at me blithely.) 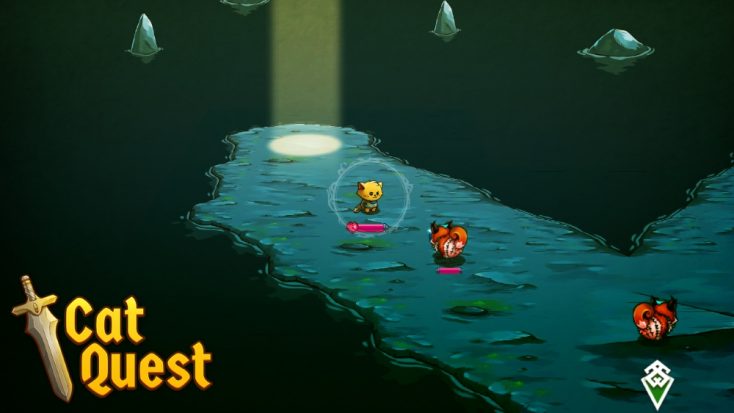 As he levels up, you can also find various costumes for him to wear, including those of a knight, mage or ranger. If you must know, my favorite is the ninja. Of course, these clothes offer some boost to his stats too, but such details rarely bog me down. I also changed his attire occasionally when the mood hits me. Have I also mentioned that he is absolutely adorable?

There was once an 11-hour live broadcast of Neko Atsume, replicated at an actual cat café in Japan. The cats roamed about aimlessly while taking naps in a cardboard house, wedged themselves in the small space between a wall and a cupboard, or stared into the camera lazily. Cats do whatever the hell they please in real life, but in Cat Quest, you can make them do things for your perverse enjoyment without consequences or fear of reprisal. Cat Quest is designed to delight, and cat lovers, you owe it to yourself to play the game when it’s released later this year.

The Ad Salesman from Animal Restaurant

Her Story and the Let’s Play Phenomenon
Previous Post

Overpaying the Bills With Too Many Skills