This column is reprinted from Unwinnable Monthly #124. If you like what you see, grab the magazine for less than ten dollars, or subscribe and get all future magazines for half price.

Over the years, I’ve succumbed to many idle games that rely on advertisements and micro-transactions. I avoid writing about them here because some addictions are just too embarrassing. This month, the time has come for me to acknowledge that I have a problem– with Animal Restaurant.

A mobile sim from DroidHang (best known for Idle Heroes), Animal Restaurant describes itself as “A Business Simulation Idle Game that is easy but intriguing to play, affectionate but soothing to enjoy.” The gameplay involves hiring animals to work at your forest restaurant, learning recipes and serving customers (also mostly animals). The animals’ currency is cod, which makes sense for a cat-based workforce. The art style is reminiscent of Neko Atsume, and the whole thing is unbearably cute. Who can resist a cat in a toque blanche? 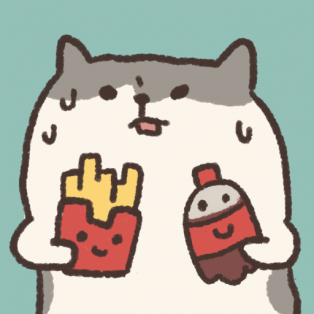 After downloading the game, I quickly realized that the gameplay is largely centered around watching ads. Double your profits? Watch an ad. Double your tips? Ad. Make a wish in the wishing well? Ad. Promote your restaurant to bring in the maximum amount of customers for twenty seconds? Ad. Without watching ads (or spending human dollars), the game progresses inefficiently.

I decided that, although very cute, the game was not for me.

Reader, this was one month ago. I am still playing.

Whenever my boyfriend looks over and asks what I’m doing, I mumble, “Playing that game I hate.”

“No. I’m fine.” My voice monotone. My fingers tapping the faces of my little cat employees.

Based on their official Instagram, many of the game’s employees appear to be based on real cats (the real cat I live with is currently hiding behind my bed, staring at me. He looks like Jiji the waiter.) So for the purposes of this column, how do I choose which animal I want to befriend? Should it be the Mysterious Merchant (a crow who says “I only do business with rich people”)? The Wandering Singer (a metal-playing parrot)? The mystical Fortuneteller (a crystal ball-carrying cat)?

I want to be friends with all of them, as much as I want to eat a meal at a restaurant staffed by cats. But truthfully, the most appropriate friend for me is the Ad Salesman. Yes, there is an in-game character called the Ad Salesman, and his face is a television set. Tagline? “Let’s drink milk tea together!” Personality? “Very shy and afraid of being chased out, but still perseveres at work!” 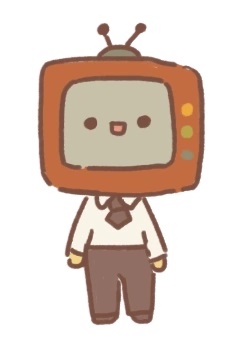 The Ad Salesman enters your restaurant every so often, smiling calmly in his televised face, and asks if you would like to watch an ad. He is unfailingly polite, seemingly embarrassed by his imposition.

Even the character who exists to promote ads in a free-to-play with ads built into the efficiency of the gameplay is cute. This is accomplished in the only way it probably could be: by making the salesman very self-conscious about his role, fearful of being ejected from the restaurant. He is vulnerable and pitiable, even though he exists to suggest I play Love Island or Homescapes (which has some surprisingly creepy marketing strategies for a tile-matching game). I worry that these ads are depleting my brain cells, especially the ones telling me I can “win real money” or “raise my IQ” by playing, uh, puzzle games. But it’s part of my restaurant’s marketing strategy, right? I need more cod to improve the facilities, better facilities to make more cod, more cod to improve more facilities, and . . . well, I just want to keep my cat employees happy. The Ad Salesman helps me do that, I guess.

After you watch one of his advertisements, he says, “Thanks for helping me finish my work! Here’s some of my wages. Take it and buy some milk tea! Sorry to bother you!” Then he leaves a hefty cod deposit on the floor. The meekly submissive exclamation points, the implication that the cod you’ve earned comes out of his wages, the milk tea – his ingratiating manner would be irritating if his character design weren’t so adorable.

The Ad Salesman isn’t as magical as the Fortuneteller, as metal as the Wandering Singer, as goth as the Mysterious Merchant, or as fluffy as Dori the Promoter. But if I’m capable of loving a game that isn’t “fun,” watching mind-numbing ad after ad to assist some cats who live in a forest on my phone – and finding all of this relaxing, despite everything – I might as well befriend a workaholic television set wearing a tie. He’s as cute as commercialism can make him.