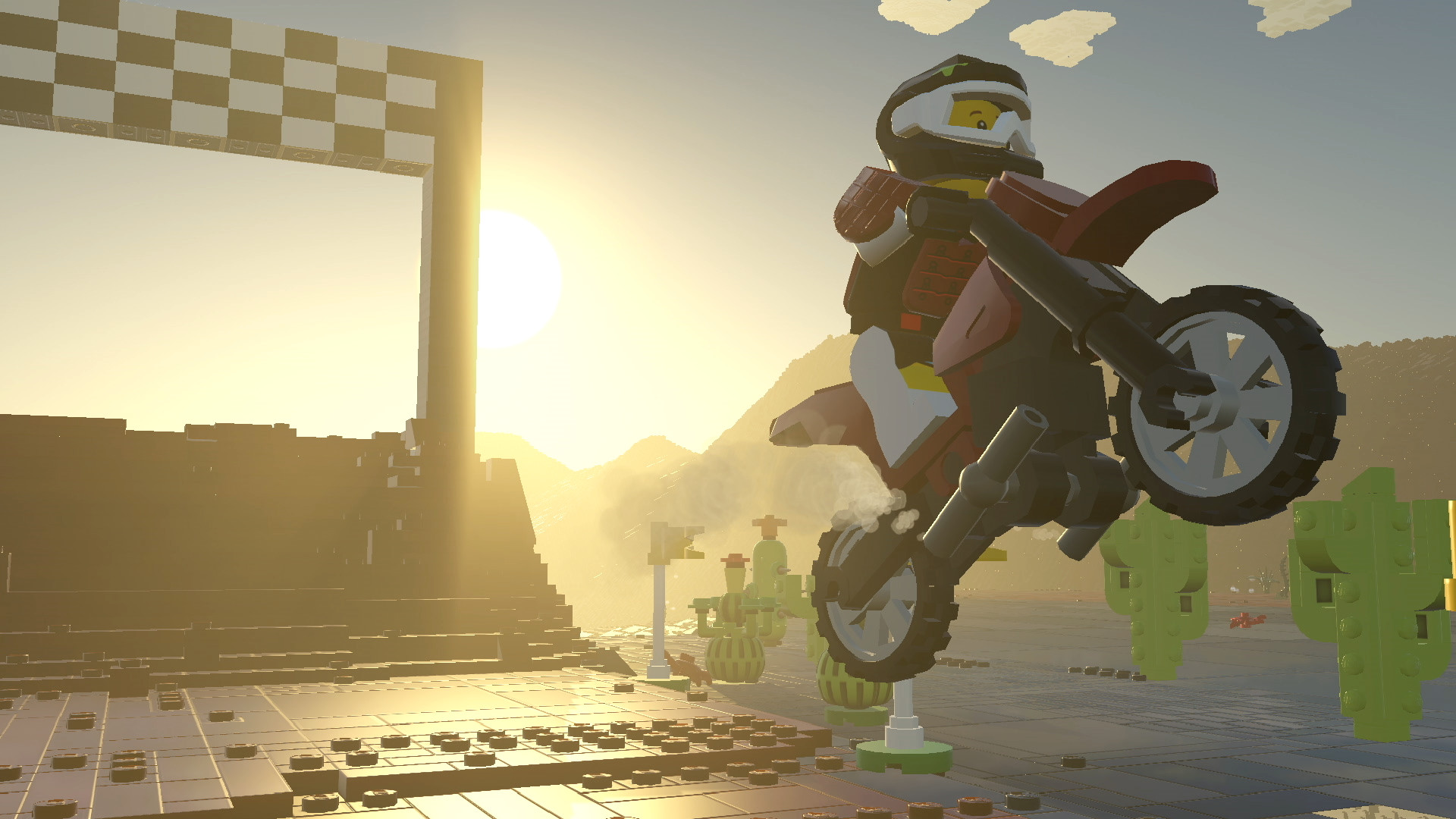 As a kid, I adored LEGO. Shocking, I know, but it’s worth contextualizing in light of how much my love for the knobbly little bricks has waned over the years. The creative spark that once drove me to build ramshackle cities filled with architectural abominations not even my mother could love faded long ago, banished along with the rest of my youthful innocence. Of course, that hasn’t stopped me from trying to recapture it. The LEGO videogames have served me well in this regard, requiring little imaginative investment to blow up a blocky Death Star or swing through ancient tombs as Indiana Jones. It’s quick, easy nostalgia.

The same cannot be said of LEGO Worlds. When I first heard the pitch, I was cautiously excited. A sandbox-style LEGO game unfettered by the limitations of licensed properties? It sounded like the perfect vessel for revisiting my childhood. When I learned it was going to follow the Minecraft model, though, my interest evaporated. Without the satisfying click of snapping physical bricks together, the prospect of building for the sake of building alone seemed even less appealing. So I wrote the game off and resumed crossing my fingers for a LEGO City Undercover sequel.

The LEGO itch never lies dormant for long, though, and when I saw LEGO Worlds was leaving Early Access, I decided to give it another look. Two intoxicatingly cheerful trailers later, and the game was in my Steam library. Oops. Even as it was downloading, I realized that I’d let those adorable yellow smiles get the better of me. I play games to enjoy other people’s creations, not work on my own, so why’d I buy a game that’s all about building? 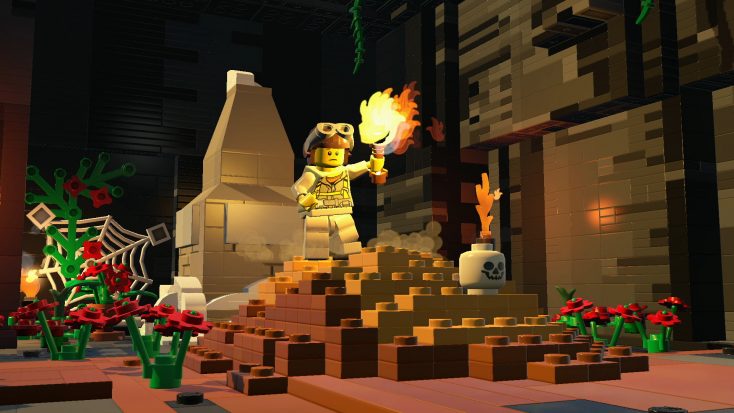 As irrational as my decision might have been, it turns out my assumptions were all wrong. Not only does LEGO Worlds offer a wealth of quests for goal-obsessed players like myself, its blueprint-based building makes it possible for anyone to become a master builder, even someone as imagination-impaired as me.

Take, for example, a quest I received on one of the game’s earliest planets, a candy land of lollipop forests and chocolate caves. A young LEGO lad stood slumped against his gingerbread house, loneliness eating away at him. To provide him some company, I found a tabby cat nearby and brought it into his house. Of course, one cat is never enough, so I pulled out my Copy Tool and cloned the cute little thing, then cloned it again, and again, and again, and again. Pretty soon, LEGO lad had a house full of tabby cats. He was overjoyed, but I wasn’t finished. Expanding the scope of my Copy Tool, I cloned the entire house, cats and all, and laid down a complete village of kitty-crammed gingerbread houses. Watching the cats pad around the sugary snow, I realized I’d just built heaven.

Moments like this have emerged time and time again from the tools LEGO Worlds leaves at my disposal. Stumbling into a polar bear’s cave, I quickly discovered that plastic fists are no match for tooth and claw. Out of sheer desperation, I leaped onto the back of a nearby husky, and the sight of a LEGO astronaut in a hot pink space suit riding a dog half her size while a slavering bear chases them across a snow-capped mountain had me in fits. Ten minutes later, I was the hunter, running down zombie cheerleaders in an industrial loader to save a crew of construction workers. From there, I hitched a ride in a hot rod with the dog-headed Egyptian god Anubis, before settling down and building a futuristic hideout in the middle of a desert canyon. Sure, it might have looked more like a Picasso painting than an attractive dwelling, but the pirate captain and cackling skeleton that came by to keep me company seemed to like it well enough.

The fun I’m having with LEGO Worlds has reminded me how important it is to push beyond my comfort zone, to try things I’m convinced I won’t like just in case this time I’m wrong. Maybe it only pays off once in every ten ventures, or once in every hundred, but when it does, it’s like opening your first LEGO set all over again.

Dragons and Questing and Building! Oh My!

Cat Quest Is Playing Dress-Up With Your Disgruntled Tabby