The following journal was found in a car in the driveway of the old Baker estate and seems to have been written by a contractor local to the Dulvey area.

Things have finally started to turn around. Wendy and I have started to see a counselor, and the kids are doing well in school. I also landed a huge project! A family down in the bayous is looking to have some significant work done on their old house. They also asked if I had any locksmith experience, which I do, obviously. The walk through is tomorrow, and I’ll give them a quote the day after that.

Damn, it feels good to be back to a normal routine. I can’t wait to tell Wendy about the project.

I went to the Baker estate today to walk through the house and give them a quote. Jack Baker, the man of the house, seemed a bit…off. He was very terse and insistent that I make everything exactly to his specifications. He asked if I could build a lock activated by shadows. I’ve never gotten a request like this before. I mean, I can totally do it because I studied advanced locksmithing under the ancient grandmasters in Tibet, but for someone to actually ask me about it is really suspicious.

Mr. Baker has promised to pay me half up front, even though I haven’t given him a quote yet. He also asked if I could fashion a couple of locks using reliefs of centaurs and dogs. This family seems really obsessed with animal imagery, but I’m not being paid to ask questions.

Work has begun on the shadow lock. It’s coming along nicely, except it just leads into a crawlspace between two walls. This is how Mr. Baker wanted it, so I’m not questioning it, but the crawlspace leads into another room that’s already got a door in it, so you gotta wonder about the practicality of this.

I’m pretty sure I just saw Mrs. Baker nailing a crow to a door.

Work on the shadow lock is complete. I tried to explain how it works to Mr. Baker, but he wanted none of it. Just kept asking for the key. It’s this weird, messed up statue that casts a shadow shaped like an eagle when held up to the light just right. If the shadow is placed on the wall in the correct spot, the passage opens up. It would have been hard to explain the mechanism to Mr. Baker anyways because there’s literal sorcery at work here, but I’m glad it’s done.

I gave Mr. Baker the key and he said he was going upstairs to bathe with it. I sure would like to not be in this house anymore.

I’m writing this from my car outside the Baker estate.

The Bakers have invited me to dinner as a sort of celebration over the completion of the project. I’m a bit nervous about what they’ll serve, though, because once I saw Mrs. Baker frying what looked like intestines and I think it’s rude to serve your guest intestines. 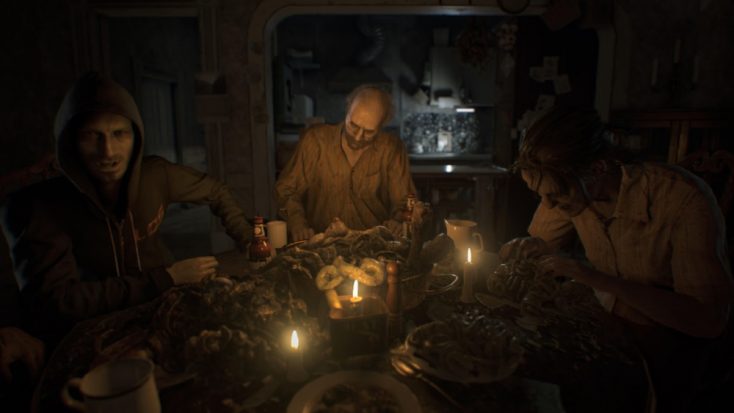 I need to be a better role model for my kids, so despite my better judgement, I accepted the invitation to show that you always respect someone you do business with. I can’t wait to get home to my wonderful, innocuous family and put this project behind me.

Who is Clan Techie?