Prior to the release of Nioh, many who followed the game were content with calling it a Dark Souls rip-off. While some agreed the classification was a bit harsh, few argued that it wasn’t somewhat appropriate.

The actual release of Nioh, however, has triggered a bit of a dilemma. See, Nioh is not just a great game that may very well end up being named the best of the year. It’s also a fascinating evolution of the Dark Souls formula. Nioh is comparable to Bloodborne in that it alters the speed, technique and setting of the Souls series, but it goes even further in differentiating itself by introducing a bevy of new mechanics which make this style feel fresh again.

So what’s the dilemma? Well, Nioh is so great that it’s becoming clear that the Dark Souls rip-off label is no longer applicable. Nioh deserves to belong to its own genre.

That sounds like a simple task, but it’s really not. Technically, Nioh and Dark Souls are defined as Action RPGs. That sounds like a pretty good classification until you realize that label is also applied to titles like Diablo III, Borderlands and Fallout 3. The only thing those games really have in common is that they allow you to level up your character in some way. None of the later examples possess the unique qualities which have come to define Dark Souls and its digital brethren.

In fact, the further you dive into the system of classifying games, the more and more you realize that nobody seems to be in a hurry to create new genres. It wasn’t always like this. Gamers spent years referring to every game that played out from a first-person perspective as “Doom-like” before someone finally coined the term first person shooter. Open-world titles that resembled the format of Grand Theft Auto were viciously mocked for their similarities until most people just started calling them sandbox titles.

Now, however, the scene has changed. It’s honestly not hard to understand why. There are so many unique titles invading the indie scenes these days that it’s a fool’s goal to classify them all. How do you even start to categorize games like Genital Jousting? 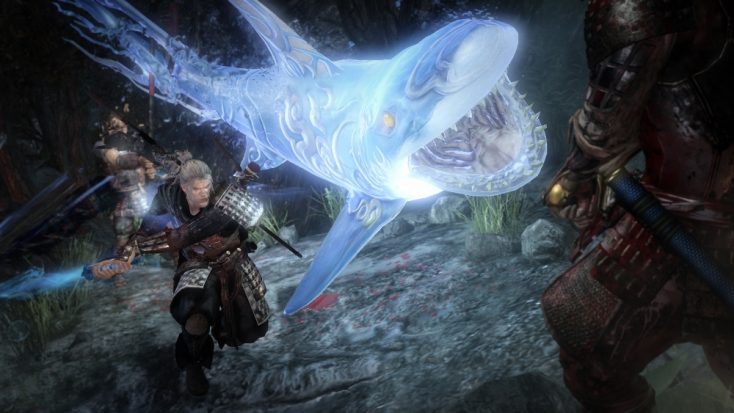 The situation with Nioh feels particularly dire, however. For as brilliant as the game is, nearly every reviewer that praises it feels obliged to include a paragraph or two regarding its similarities to the Souls series. That’s just not right. It’s like if every simulation racer review began with a disclaimer explaining how the following game is like Gran Turismo or if every historical film epic had to be justified in a post-Lawrence of Arabia world.

Oddly enough, the one label that feels most appropriate at the moment is the dreaded “Soulslike” classification. There’s precedent for a title becoming its own genre – see roguelike and Metroidvania -and it’s the only available label that pays tribute to the innovations of the Souls series without completely stomping on the games that follow in its wake.

Whatever you classify Nioh as, don’t call it a rip-off. That term speaks more to gamer’s inability to move on from the series than it does to developers’ desire to build upon its contributions.