Pokémon Go is an amazing game. The Pokémon game we needed. As others have pointed out, Pokémon Go has brought people together, and gotten them some exercise all while playing a free videogame. That’s no small feat.

But Pokémon Go isn’t necessarily the Pokémon game that we want. We want to have the promise of a world where these magical creatures have uses beyond fighting fulfilled. We want a world where Pokémon and humans cooperate on everything from agriculture to zoological preservation. Instead, the world of Pokémon is where combat drives almost every aspect of the game.

Want to move to the next area? Be ready to fight a gym leader, your rival, some form of organized crime, or any random schmuck with a Pokémon.

We want the Pokémon game where we can set our own goals and find our own ways to accomplish them. What if I want to actually focus on studying Pokémon like all the great Professor Treenames before me? What if I want to win all the beauty pageants or sporting events? What if I’m just really lonely and my Pokémon are my only real friends?

What’s funny is that there are already in game trainers who have goals other than fighting. Trevor and Tierno have no interest in becoming the Greatest Trainer of All Time. Trevor wants the most complete pokedex. Tierno wants the best dance team. Why can’t I have the best dance team? Pokémon should be a world where I can pursue those goals if I want to. Sure, combat, gyms and the Elite Four can still be a part of this game, but the world of Pokémon can be so much more.

The Pokémon game we want might be an open world game with no gates except how accomplished we are at our given tasks. A player might have different teams for battling, dancing, discovering and adventuring. 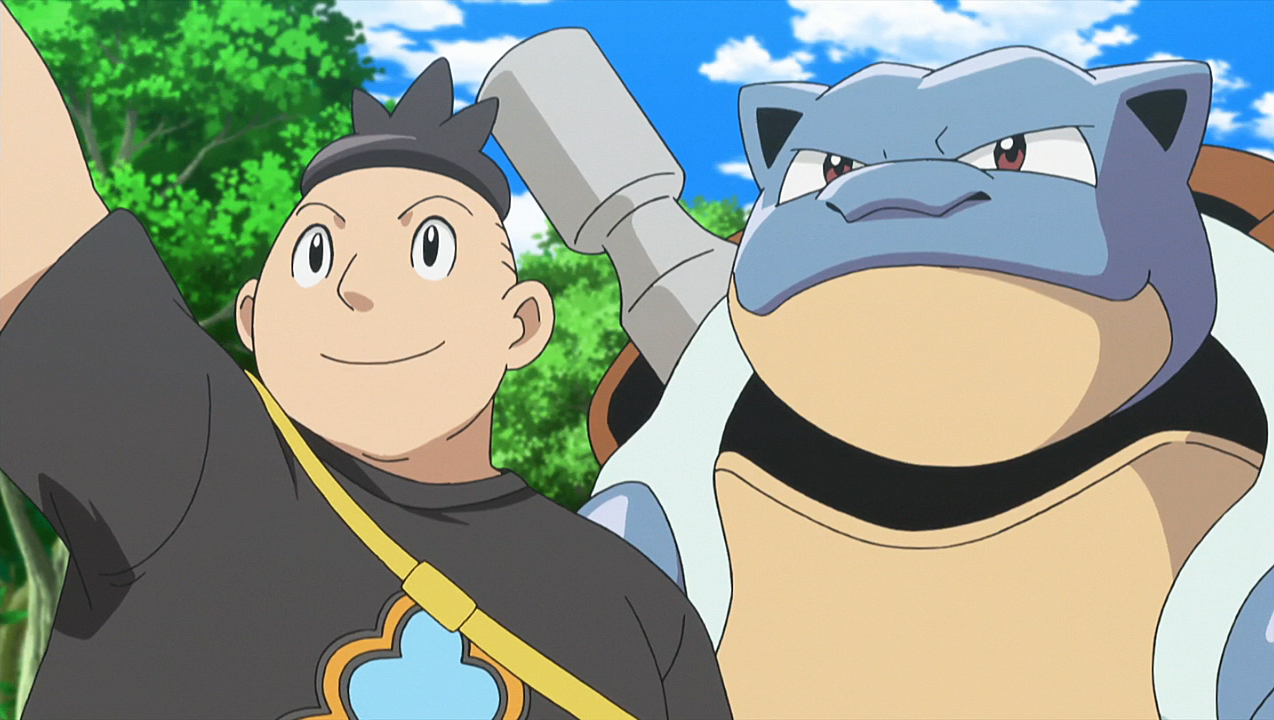 And these systems don’t need to be divorced. Becoming a world class Pokémon choreographer might attract the attention of a Pokémon cartographer, unlocking new regions to explore. Rare berries hidden deep in the forests might only be accessible to the most ardent adventurers, but most useful to world class Pokémon chefs.

Instead, the current world of Pokémon promises exploration and adventure, but mainly delivers trial by combat. It shouldn’t be a radical notion to ask of a game with a message of cooperation and understanding to have goals other than prove you are the strongest. Instead of multiple methods to accomplish the same goal, Pokémon should be a game where the goals are what you make for yourself along with your trust team of pocket monsters.