For those diving headlong into the alternate reality of Pokemon GO, do take care. Police departments worldwide are already urging folks to watch their step while they play. While I haven’t had any wild and wacky adventures with Niantic Incs new game I did have one worth mentioning with the previous game, Ingress.

Much like Pokemon GO, Ingress was a game about going to historical landmarks, public art installations and other monuments while tapping your phone at them to either harvest items or capture those points. It’s great fun and helped me to discover all sorts of places in all sorts of places. It’s also the only game that ever got me stopped by the authorities.

The thing about attending and working at an almost 200 year old university is that there are plenty of Ingress sites. Also, working in New England had the added benefit of having plenty of places that were “historic” essentially only because they were old as hell. Every night, after classes or after work, I would walk around town capturing sites.

Ingress and then parent company Google were very open that players should take a sensible amount of care while playing. Some of the sites were along buys roads or otherwise difficult to access. It’s also easy to trip and fall when you’re staring down at your phone. Basic cellphone safety tips really. However, what Niantic didn’t anticipate was that certain real world behaviors can attract unwanted attention.

In retrospect, that it took three months for me to get stopped. I mainly played at night and much of time while wearing a dark coat with a hood pulled up because I was cold. Also take into account that while many of the sites freely accessible to public they are not always on public land. At some point, as I was nearing the furthest end of my regular route, I noticed that a number of campus security officers were observing me from a distance.

Not doing anything wrong, I continued on my route. As I walked over to my next site, an officer in an SUV pulled up in front of me and sternly asked me to approach the vehicle. It was then I noticed how surrounded I was. Walking toward the car in a fully illuminated parking lot revealed that at least four other officers had slowly been surrounding me, in vehicles or otherwise. 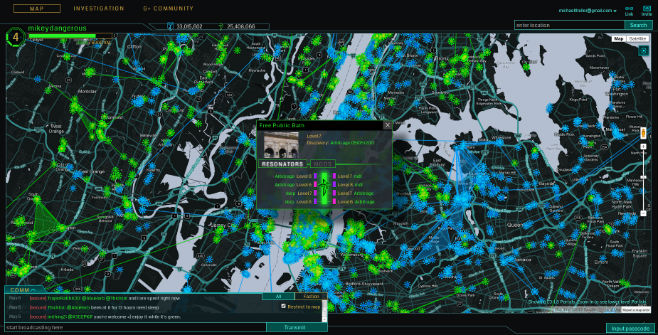 I explained to the officer what the game was about and showed him how to play. The officer explained that someone had reported a hooded individual walking around campus erratically, which was a pretty good example of what I had been doing, and told me to be careful walking around at night.

Now that’s an incredibly tame interaction with some incredibly tame and respectful security officers, but it could have gone a lot differently. Ingress has been downloaded over 10 million times on Android alone, Pokemon GO should be even bigger. I was fortunate I was not stopped by the police and even more fortunate that I was just on a college campus and not playing in a major city at a landmark that might be under constant observation for “suspicious behavior.”

So as you go out into the world and build up your Pokemon, please remember, a little common sense can go a long way but there’s no guarantee that others will afford you that same common sense.