Looks like you made it to the final chapter of our column recaps this month! If not, check out what you missed in parts one and two. And why not start your subscription to get every future issue for half price?

Checkpoint: Welcome to the Checkpoint, by Corey Milne
Corey is white knuckled and looking for a break.

Part way up, there was a checkpoint crate sitting idle on a solid platform. To get to it would require you to make a jump onto revolving ledges, so I passed it by. Again and again. It was nothing but an additional bother. My father saw me climb and fall a couple of times, then asked why I hadn’t hit the checkpoint.

“There’s nothing in it, it’s just an empty checkpoint box,” I replied. He then explained to his clueless six-year-old son what a checkpoint was and why I should be trying to hit that box.

More than just marking where one challenge was overcome and another begins, checkpoints provide a moment of peace. They’re a quiet 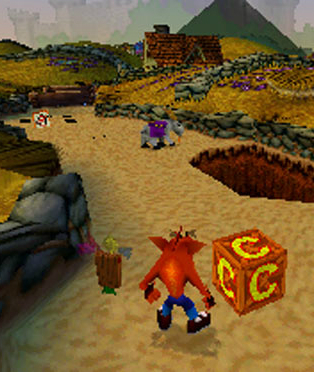 limbo, especially in old games that make them tangible objects within the environments. Like in Crash Bandicoot, where the box opens and declares CHECKPOINT in big friendly orange letters.

In modern gaming, checkpoints are often relegated to background processes, but they haven’t disappeared completely. The bonfires in From Software’s Dark Souls series exemplify everything a checkpoint should be. There always comes a point when you begin to second guess yourself. Slogging through a poisonous swamp. Your pockets heavy with souls, the game’s most precious currency. You clutch the controller a little tighter because your life giving estus flask is perilously dry.

One slip up could very well spell your doom, an afternoon’s worth of progress reset in an instant. Every second you press on, the doubt gnaws away at your nerves. Maybe it would be best to turn back. What if I missed something, what if I’ve gone too far?

Just when you think you’re going to cut your losses and run, you turn one more corner and see that familiar orange glow in the distance: the bonfire flames, offering a port in the storm. Tension melts away into giddy elation. As your battered knight takes a seat within that warmth, you exhale. It is only then you realize you’d been holding your breath.

No Accounting for Taste: Steak, by Adam Boffa
Adam is chowing down on a meatcookie.

When I started this column and named it “No Accounting for Taste,” I had no idea that, just four months later, the team at Unwinnable would pick food as the monthly theme. This is an embarrassment of potential-topic riches. It’s as if this column were tailor-made for this kind of opportunity. Unfortunately, I don’t know anything about food and I don’t know how to cook, so this opportunity will go to waste.

Instead of offering some analysis or insight about the role of food in media, I’d like to mention a particular, important moment for food in 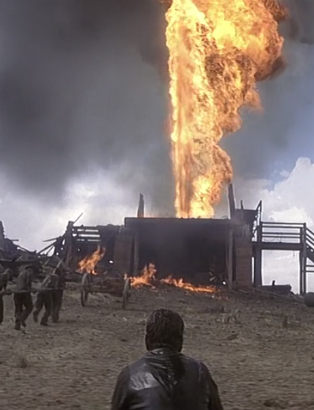 film history. It occurs at the very end of Paul Thomas Anderson’s There Will Be Blood, released in 2007. This scene depicts a direct confrontation between the themes the film develops over the previous two-and-a-half hours – a confrontation that starts verbally and, inevitably, ends in violence. I don’t have anything novel to say about the film’s thematic material, as others wrote extensively about it over the past decade. I do think it’s a great, miserable film, though, and an ugly and familiar portrait of American ideology.

More significantly: the ending is also a scene in which Daniel Day-Lewis eats a cold steak with his hands. Pretty odd and borderline hilarious, but this choice makes total sense given the character’s narrative trajectory and I think it helps sell the scene. Also, watching Daniel Day-Lewis take a giant bite out of a steak and then pick his teeth is ridiculous. He holds the steak like it’s a candy bar. Meanwhile, Paul Dano screams an apostasy to an empty private bowling alley.

I didn’t take much notice of this curious eating choice until a friend of mine pointed it out to me, and now it is the only thing I can see when I watch the scene. At first, this frustrated me, but I’ve given up now and try to use it as my way into a more meaningful discussion of the film’s themes. What does the cold candy bar steak say about American capitalism in the early 20th century?

Throwing the First Brick, by Mitch Bowman
Mitch is coming out of hibernation to some bangers.

A bunch of cool stuff came out this month, which you’d think would be something I could say every month, but this was a particularly prolific month for good-ass releases. Maybe everyone holes up in the studio over the winter so that all the bangers can come out in the spring – I don’t know the science behind it, but I know that this has been a great spring for hot new jams.

First up, a 4-track demo from a cool new San Francisco band called René Descartes. They remind me a lot of the spastic, lo-fi style of a lot 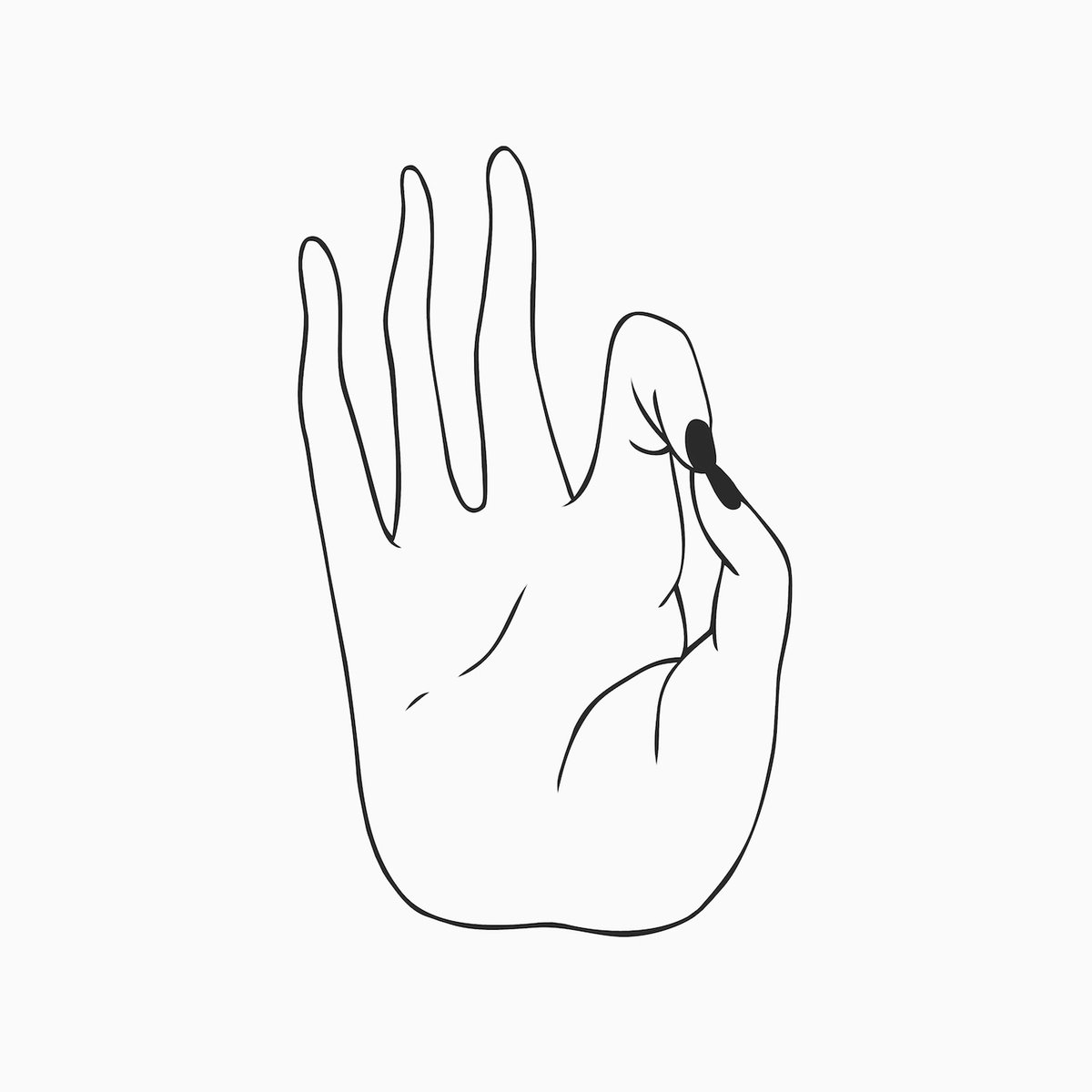 of early East Coast screamo like Saetia and Joshua Fit For Battle. There’s no shortage of bands doing that sound these days, but René Descartes does it quite well. Their vocalist also runs a cool little DIY label called Structures//Agony, who put out a ton of great records.

On the complete opposite end of the emo/screamo spectrum, the new Dowsing album came out a few days ago, and I’m loving that as well. Dowsing has always sounded like a natural evolution of the original twinkly Midwest-style emo sound, and this new album continues in that vein in a way that feels like another natural step forward for the genre. “Punk is dead, and all your friends will be soon” is one of the best album opening lines I’ve ever heard.

(Get tons more intel on what’s happening across plenty of genres in the full version of Mitch’s column every month by subscribing. Every issue, ever month for half price!)

The Player’s Soul: What it Means to Explore, by Richard Clark
Richard is _

You prepare to turn the corner. You walk through the fog. You set your sights on a bright light in the distance. You bump up against a wall, only to find yourself walking through it. You find something. What is it? It could be a power-up of some sort, a mind-blowing revelation, a unique place that no one else has seen. It could be anything. It is possibility.

Ever since Mario jumped above the screen and kept going until he found a secret warp zone, videogames have been leaning into this. The 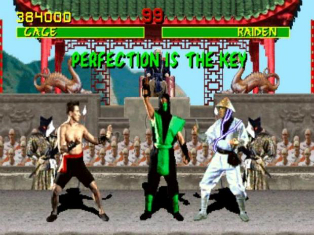 draw toward the unknown and the human impulse to discover has shaped everything we do. A largely content nation wants to go to the moon. A child sits by a window, mesmerized by the outside. A 33 year old man cycles through Facebook and Twitter tabs in his browser, refreshing, waiting to see what’s next (oh, hi).

Now, many games present the promise of exploration as their core. From Metroid to Skyrim, games have tempted players to deviate from their assumed path; to do more than simply walk from left to right. Do we ever.

We walk left and keep going, as far as we possibly can. We find a shortcut we’re pretty sure isn’t meant to exist. We’ve done digital gymnastics just to find a secret character in Mortal Kombat that wasn’t even supposed to exist, and just maybe it was one of the most thrilling moments of our lives.

Hungry for more adventure with Richard, hot and tangy tracks from Mitch, extra steak candy bars with Adam or or maybe just a relaxing checkpoint with Corey?
Of course you are!